The air is warm, the humidity is way up and all of a sudden these cold currents show up out of nowhere! That´s right amigos, just when you think it´s going to be a great day fishing, the water gauge shows water temperatures that are hitting a chilly 75 Degrees. As a result Black and Blue Marlin have moved out of the area for the moment, that´s the down side. The up side; Striped Marlin are back in the area and they´re good sized running 300 lbs, but you won´t see Striped Marlin occupy the same areas as Black Marlin with their preferences in water temperatures being at different levels. Having said that the fishing is great, but you may have a mixture of winter and summer species fighting for your bait! 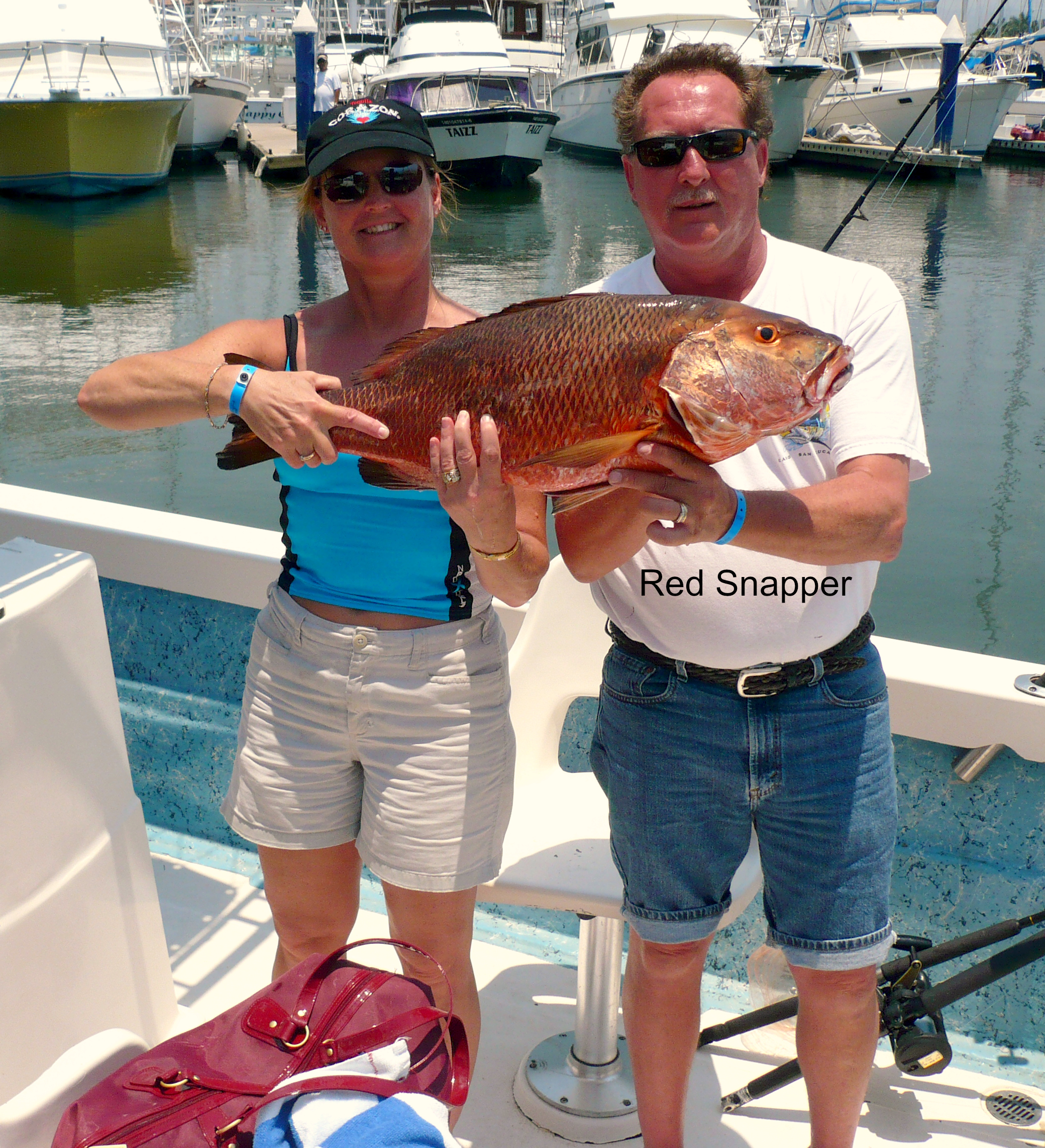 Mid way through June, heading straight into July, this drastic change in water temperatures is weird to say the least. Because of this we´re seeing Red Snappers increase in big numbers all around the bay. The biggest signal water temperatures dropped is the presence of Jack Crevalls again around the Marietta Islands, El Morro and in the bay. All of a sudden Sierra Mackerals are thinning out, Needle fish are not being seen, let alone caught. Yet there are Dorado off the point of Punta Mita. If this all sounds confusing, especially if you have to suggest a location to target, it can make your head spin. For now what would ¨I ¨ expect? Well, my crystal ball is cracked and my ability to predict the future is greatly diminished, but I do predict fun times ahead, that is if you get out to where the fish ¨are¨.

If you were looking for midsized Yellowfin Football Tuna, then you´re in luck, Yelapa and the surrounding area is seeing 40 lb Yellowfin Tuna Footballs. Great sized, great fighters and they´re great tasting. If you have a four hour trip scheduled make sure you´re not on the ¨looper¨ charter to nowhere! Make sure if renting a boat for four to six hours the company will get you directly to the Yelapa side of the bay. Those charging cheap prices are doing a loop from Conches Chinas to the Marina area. There are no fish in this area for now. You´re just throwing your money away amigos. But if you find your way into the actual bay, there are Red Snappers schooling, Roballo are collecting at the river mouths as we are starting to see some mountain rains bring organic food into the bay. Sierra Mackerals in the warm areas, Jack Crevalls in the cold currents and a host of other possibilities. 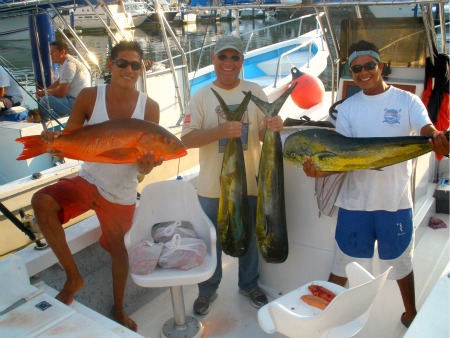 The Marietta Islands are in the middle of these cold currents. As a result there are Jack Crevalls running up to 40 lbs, Dorado in the 30 lb range, a slight chance at a Rooster fish, Sailfish are in the area, better around El Morro. The area is alive with all sorts of possibilities, you will catch fish if you head out to the Marietta Islands, my crystal ball has spoken!

Just a smidge north of the Marietta Islands you have the area in front of Punta Mita. The rocky shore line is threatening to those who venture too close. But for those who know where to go, these rocky areas are a wealth of fish. Off Punta Mita is a favorite area for commercial fisherman to set up buoys that will be under water and invisible unless you understand what the marker looks like. But if you find a buoy the Dorado are running in the 30 lb range. Sailfish are normally off the point about ten miles, sometimes closer. Red Snappers, Pompano, Amber Jack, they´re all there, the only thing missing is you. 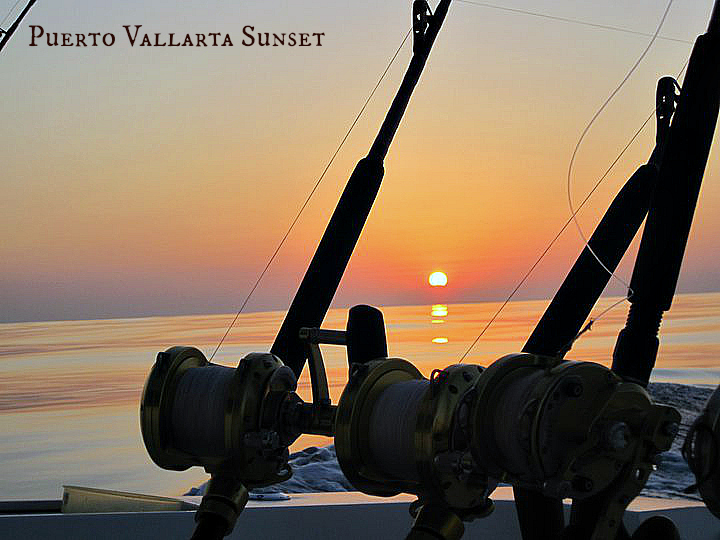 Corbeteña and El Banco have had a strange week. With the cooler water temperatures we are seeing Striped Marlin but no Blue or Black Marlin which were thick at both of these locations last week! So goes fishing, things can change faster than a Texas weather report! Water is clean, Blue and inviting, just cold. There are still Sailfish to 85 lbs, Striped Marlin as mentioned to 350 lbs or so. Cubera Snappers for the bottom fishing guys or the jiggers. For now, Yellowfin are MIA, who knows where they went, but for this exact moment, the Tres Maria Islands would be your best option for Yellowfin Tuna. If heading out a hundred miles one way is a nice boat ride to go fishing, then you´ll be fine. If this is your idea of hell, then I suggest fishing in the bay… Hahahaha.

For now, we normally know what to expect. But with these swirling currents, then chilly water coming in, anything is possible, unpredictable. One thing for sure, we have fish and you will have a great day on the water. The only real question is which fish are going to show. For now I suggest the Marietta Islands and enjoy your day. Don’t get fixed on one species and you´ll have some arm burning action you´ll never forget. All and all the fishing is not yet what we expect for summer months, but we´re still early in the fishing season which means things will improve as they always do.

Once the seasonal rains begin we´ll have the ¨Trash Line¨ of organic materials like leaves, seeds, roots, fruit, you name it. The Dorado, Rooster fish and frankly any fish in the bay will feed on this line of organic stuff. When this happens, summer fishing will take a turn for the better making short day fishing trips worth every peso. Rainy season is just a few weeks away, so be patient if you´re a local living in Puerto Vallarta, summer is almost here!