It´s been no secret that the endless string of tropical storms and Hurricanes which have taken their toll on fishing in PV this year. Normally Hurricanes are hundreds of miles out, but this last one, Hurricane Odile was a little too close four out taste. But it´s past us now, so it´s a mute point. The result of the storms is Dorado are finally here with the currents. El Banco and Corbeteña are the primary locations for now for these desired species, but soon we´ll be seeing them in the bay so cross your fingers. Marlin and Sailfish are still on the job, increasing in numbers. Even the moon phase is in our favor, so be happy, the best part of fishing season has just started! 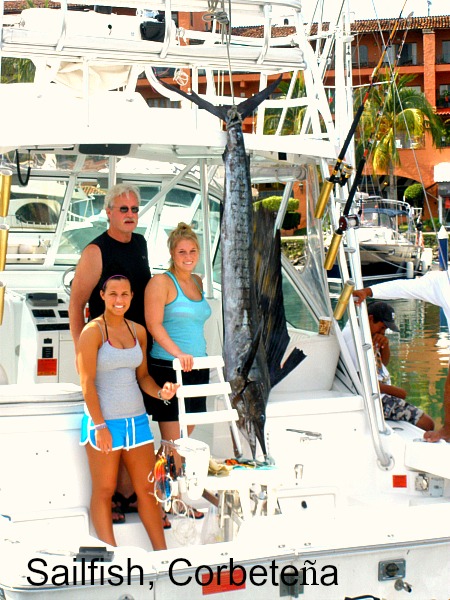 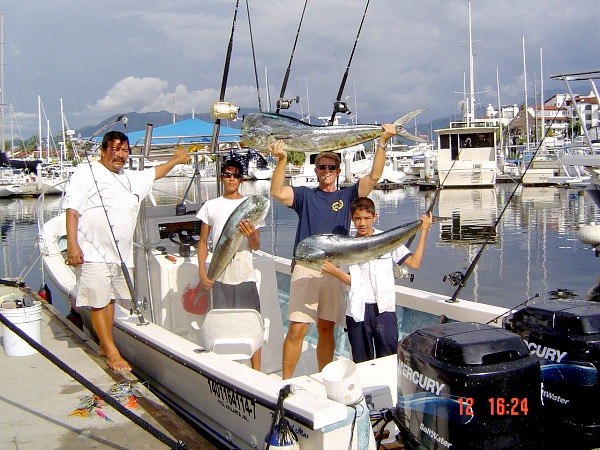 All and all things have not changed much from last week. We still have perfect conditions, perfect water temperatures and more than enough bait. The water is blue, the seas are fairly smooth and frankly the only thing that that could make it all perfect are the seasonal Gamefish we´re still waiting to see. But there are signs of change, Sailfish are taking bait, Dorado are still small, but increasing in numbers and while there is a too much bait in the water, they have a chink in their fish armor. While still held for fish, we´re optimistic and we should see some positive changes by next week, I think, but then again, I´ve been wrong before, just ask my ex-wife.

This week we´re looking at similar conditions as we have had for the last couple of weeks. As mentioned Sailfish are the main players around the bay for the time being. Sailfish are showing up in larger numbers off the point of Punta Mita from five to ten miles. Dorado as well off the Anclote Reef and buoys near Sayulita. Buoys are your friend amigo if you can find one. Dorado, which have been mostly on the smaller side, will be running about 15 to 20 lbs. These are throw back sized fish and any self respecting sportsman will throw them back. You may find some Snappers in smaller sizes of 10 to 15 lbs, perfect for the dinner table, fun on light tackle. Those heading to San Pancho will have had no better luck than around the point of Punta Mita or the Marietta Islands….