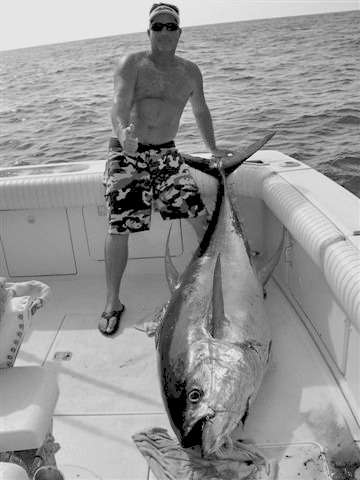 Well, I am happy to say I could have almost used last weeks fishing report as this weeks model. More tropical disturbances, rain is tapering off and the fishing is picking up again as we are into the tournament season. Cabo has calmed down from the tournament frenzy as the locals prepare and study for the 85th Pez Vela Fishing Tournament Nov. 13th thru 16th. It´s a real happening for Vallarta and always done up well by the Club de Pesca organization. The premier fishing club in the Puerto Vallarta area will once again host this shin-dig in Marina Vallarta. For more details visit the web site at FishVallarta.com.  Boats are available but you better get on the stick if you want to compete.

Corbeteña is still working it´s magic with smaller Wahoo in the 40 lb range all over the place. Remember to use wire leader, or you´ll lose another one of those expensive lures! Live bait is almost never used on Wahoo, they attack a bait, bite it in half and then come back for the pieces. It freaks the fish out when a half bait keeps moving behind a boat! So lures are always used on Wahoo, with wire leaders! I have personally seen one of these Wahoo´s chew through a stainless hook… granted it was a lot rusty, but still, a hook? Best tasting fish out there, these are referred to as Ono in Hawaii if you are more familiar with that name. Sailfish, Dorado in the 45 lb range, Marlin of the Black Variety mostly, but Blue Marlin are sprinkled in. But Yellowfin Tuna are beginning to pick up in size and density. You can expect to see then running from 80 to 150 lbs with the occasional 200 lb beauty just waiting for you to show up! Plenty of bait in the area, no problems making bait. Water Tempes are still warm at 85 degrees, but for now Tuna are not too deep and taking surface trolled Google Eyes. Kites are working well also, but for now the extra trouble associated managing a kite, just troll, you´ll have the same results.

El Banco is showing stronger signs of Black and Blue Marlin with ranges in the 450 lb to 700 lb range, but mostly under 500 lbs. Sailfish as well along with Cubera Snappers and a few smaller Yellowfin Tuna, but for the record, fish move and YF Tuna love the high spots. So keep an open mind.

Marietta Island and El Morro, same story as last week. Sails in the 80 lb club, Rooster fish are still around the reefs in the 35 to 60 lb range. Needle fish, Snappers to 40 lbs, Dorado around 30 lbs and the list goes on. Well worth an eight hour day.

Punta Mita, what can I say, Dorado, Sails, more Dorado, it´s a machine. Frankly is you´re looking for more variety I´d be heading out to the Marietta Islands. Still, 100 lb Sailfish and 40lb Dorado are not chopped liver by any stretch. Trash line is soon a thing of the past as the rains subside, so get out there already! They are not going anywhere for the next few minutes anyway. 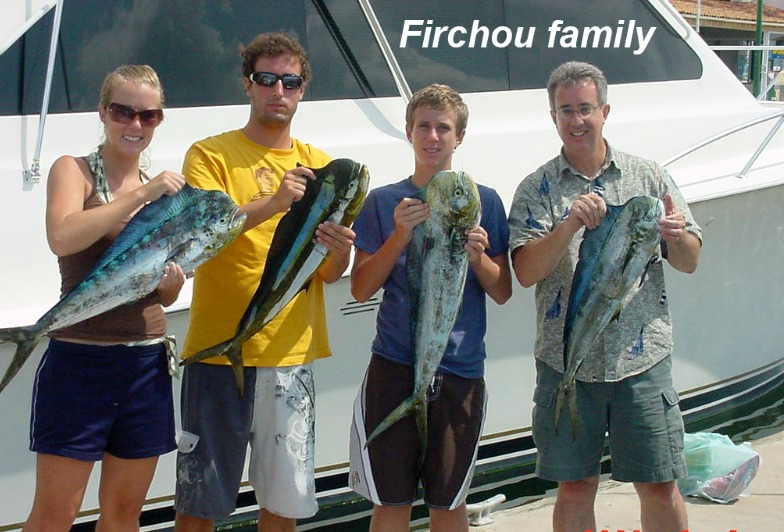 The bay is still a thing of beauty. River mouths are alive with Snook, Yelapa is still looking at 35 to 60 lb Yellowfin Tuna. Sailfish are in love with La Cruz this year. Dorado, Snapper in the bay and soon we´ll see the Whales and these fish will think they´re lunch. So get at them before things change. Short days, nice weather. It´s a real luxury to explore the bay and see what it has to offer. You really have not seen PV until you have seen it from the ocean, in a wor, spectacular .