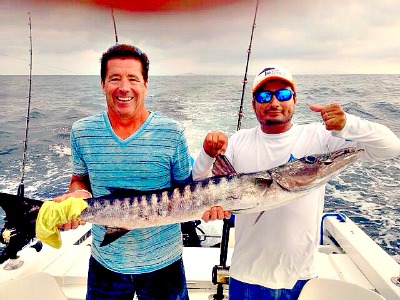 First off water temperatures, a key factor in the species we have are still running in the 77 degree range, which is just on the low side of what Striped Marlin can tolerate, Blue Marlin prefer it a little warmer, but again will tolerate cool water temps when bait is wildly abundant. Normally we´re seeing water temperatures running in the 73 to 75 degree range come February. Normally the coldest water temps you´ll see is at 72 degrees or a touch lower. So this isn´t the strangest thing that could happen, but it`s outside of normal. Because of this we´ve had large Dorado hanging out at El Morro for weeks. The abundant bait in the area is reason enough to set up ¨house¨. So for the last couple of weeks this has been the place to be, but for the last couple of days they´ve decided to change ¨digs¨ and have moved back in the Punta Mita area. 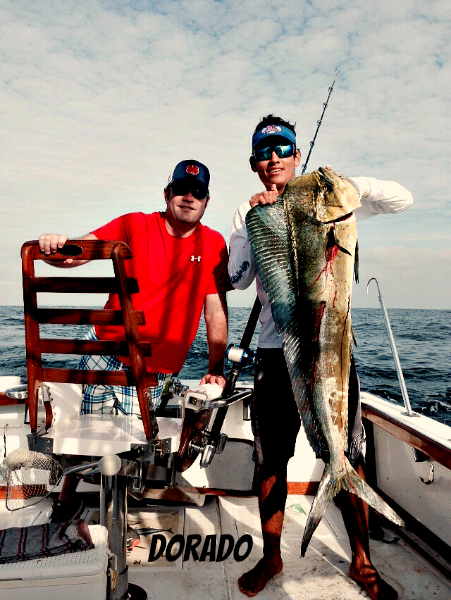 If you´re in the area the Marietta Islands are still in low gear. With unimaginable amounts of Sardines in the area you´d think there would be Rooster fish all over the place, but that´s not the case. Yes there are some Rooster fish in the area, but I couldn´t tell you to go there and give it a shot since you´d most likely come back in empty handed. Still for those in the area Jack Crevalls (35 lbs) are everywhere and they´re taking any bait you put in front of them. Lures or live bait, to them for the moment it´s all the same. The other regulars of Skip Jack Tuna in the 20 to 30 lb range, Bonito at 35 lbs, a few Snapper under 20 lbs, Rooster fish shot at 40 lbs, Sierra Mackerals of course as the list goes on.

El Morro for the last couple of weeks has been where the action is, Dorado in February is something you´d never expect. Another thing you´d be surprised at is Barracuda, yes I said Barracuda of good size are all over El Morro. With Razor sharp teeth you better be running wire leader and be ready for a fight. I mentioned how we still had Dorado, but they´ve changed location now and have moved to the area around Punta Mita to Guyavitos and are still in the 35 to 50 lb range. With a little luck you´ll find Rooster Fish at the reef of Anclote. For my fishing dollar this is where I´d be heading to for the moment so figure on a 8 to 10 hr day to get these targeted species.

If you´re looking for Sailfish, Striped Marlin and Blue Marlin you´ll be rolling the dice but are around El Banco. There are still some in the area, enough to make you think you´ve got a shot at them, which is about all you´ve got, a shot. This ¨shot¨ seems to be enough to get the die-hards to run out this way. Out of twelve boats you´ll find one boating a Marlin or Sailfish so your percentages are pretty low at best. If nothing happens here you can always come back and take the Punta Mita area over, so do you feel lucky?? 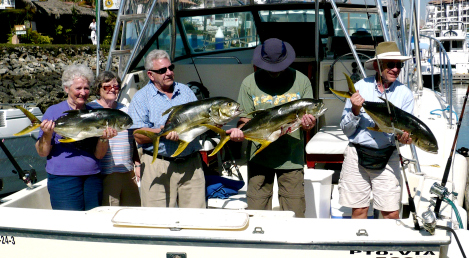 Inside the bay you can´t go wrong. Jack Crevalls at 35lbs are everywhere and in the bay they´re thicker than molasses in winter. As mentioned earlier, they´ll hit anything that qualifies as a lure. Skip Jack Tuna at 35 lbs, Sierra Mackerals are great eating and at 20 lbs they´re perfect sized for the dinner table and great tasting. Bonito are always reliable and running 30 lbs. Surprisingly Dorado in the 25 to 40 lb range are hanging out in the La Cruz area. So there is plenty of action in the Bay of Banderas, but I suggest the six hour option if fishing in the bay to give yourself the best chance of finding the species you´re looking for. No matter what you´re being told by the local promoters as they like to call themselves, there are no Sailfish or Marlin in the bay. 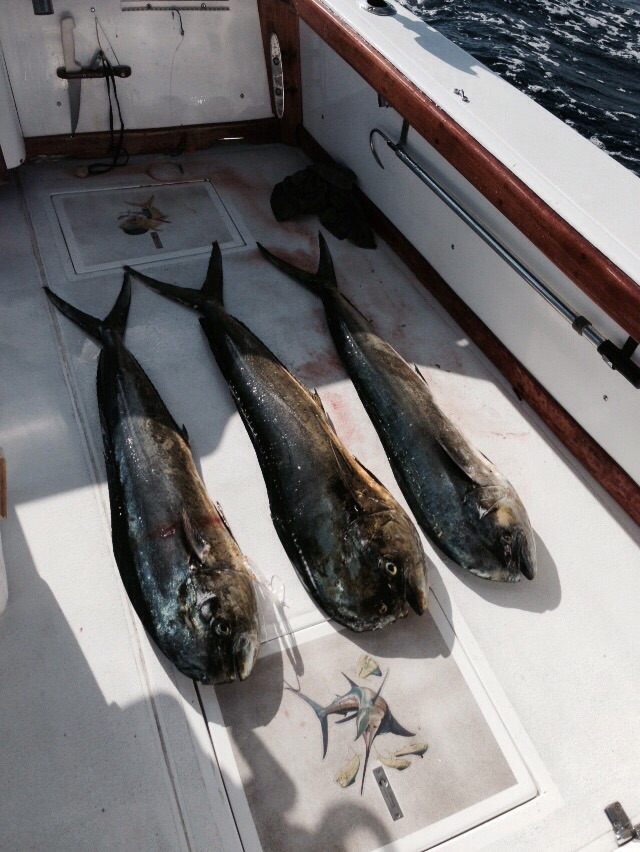 Pay particular attention to the Moon Phase, we´re in the Full Moon Phase and this means the bite will be earlier in the morning, so maximize your fishing potential and be at the place you want to be fishing before 9 a.m. if possible.

All and all this weeks fishing report is a carbon copy of last week except for the Dorado moving to Guyavitos and Barracuda at El Morro. We should see Rooster fish populations pick up in February. Marlin and Sailfish should also be in the area, but don´t expect their numbers to increase and frankly I am surprised Marlin of any species is still in the area. With water temperatures still in the 77 degree range, El Nino is still raining it´s havoc on us with strange species showing up and summer species hanging out in winter waters.