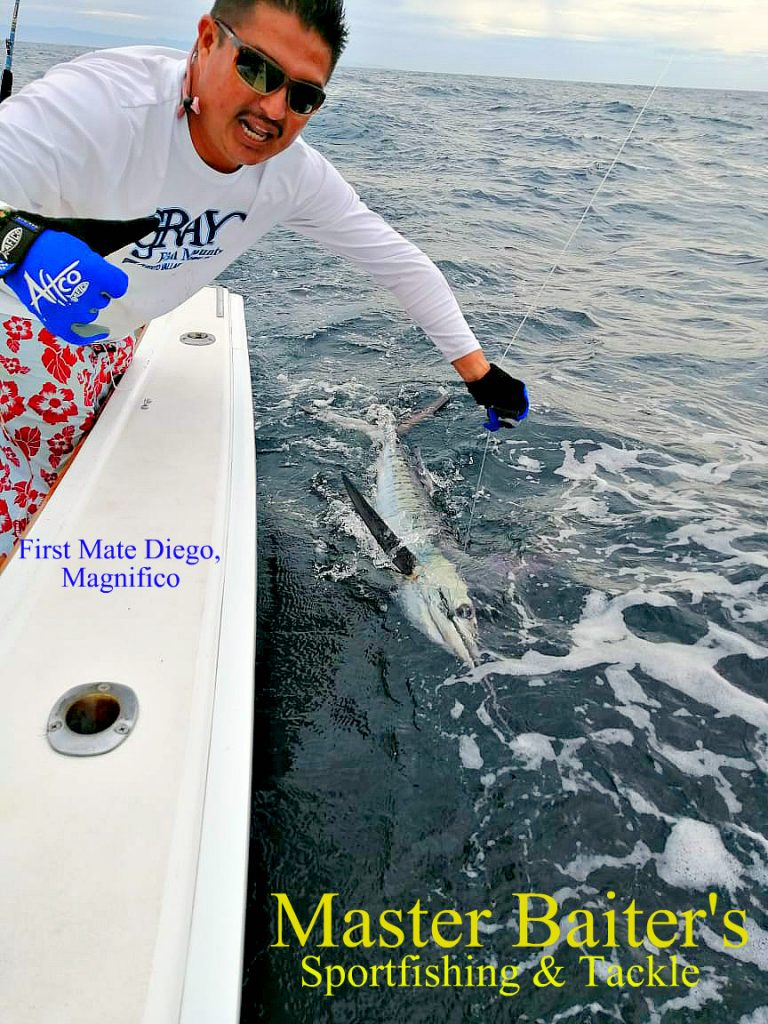 We’re seeing some strange things happening in our world famous fishing grounds. First, we have 81 degree water, no kidding. It should be in the neighborhood of 75 degrees or lower. As a result of this and the storms up north we’re seeing an explosion of Fish! Sailfish, Dorado, Striped Marlin, even Blue Marlin are being boated. The entire area is alive with great action. Smaller fish in the bay for great family fishing days with Sierra Mackerels and then the larger species outside of the bay! With mostly blue water, there are some dirty water areas closer to shore. Plenty of blue water. Lot’s going on out there so stay with me! 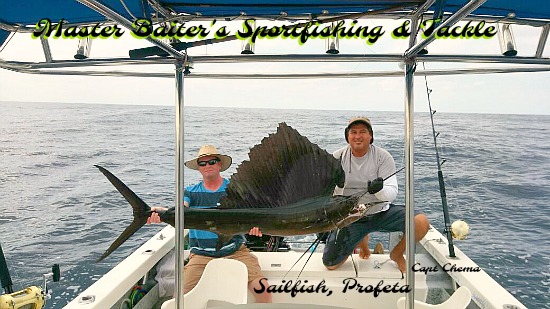 Disappointing inside the Bay, Roosters Return, Yellowfin Footballs from El Banco to Corbeteña!

One more time, just when you think you know what the deal is, you don´t. To me it looked like we were going to have a warm water winter this year as we all enjoyed some of the warmer water species that have been hanging around. But the green water returned to the bay and if you are looking at anything under eight hours your chances of boating anything larger than Nimo is dismal at best amigo. Straight up the bay is dead, dead, dead. But not so elsewhere in our world famous fishing grounds.

For years now I´ve been writing articles on fishing here in our world famous fishing grounds or Puerto Vallarta. In a normal season we would be seeing the end of the summer fishing season as the Marlin, Yellowfin Tuna and Sailfish filter out and head south for the winter. During unusual conditions like El Nino or La Nina the word ¨normal¨ does not apply. This year as you know if you read my ¨stuff¨ that we are in the second La Nina year in a row. This came after an El Nino Year. So for the last three years we have seen all sorts of conditions we ¨normally¨ would not have to deal with. So what does that mean to us now? Well all I can tell you is fishing is a mixed bag right now and if you are one of the thousands that have come to expect ´easy´ fishing, then you are in for a surprise. If you are looking for ¨action¨ then we`ve got game amigo. If you´re a little flexible and open to all that can happen, then you´re the person I am writing for again this week.

Everyone knows that when October finally arrives Pesca or Fishing will be at it´s yearly best. Magazines and fishing programs know this as they begin to move into the area where they will document and film our World Class Fishing. The area between Puerto Vallarta to Cabo San Lucas will soon turn into Tournament city. The largest of which occurs mid October in Cabo San Lucas with the Bisbee´s Tournament. This is a three million dollar prize in cash and cars! The entry fee is huge, but the fish are here and the time is ripe for Huge Black Marlin, Sailfish, Dorado, and of course Yellowfin Tuna Monsters / Cows… Mooooo.This past week we had reports of Monster Black Marlin coming out of Cabo San Lucas of close to 1,000 pounds depending on the report you read. Now I know we are not Cabo, it´s only 350 miles out of the Bay of Banderas. This means that particular fish passed us at some point which is a great indication of what is possible at this time of the year in the enter region!

As Spring Moves in, Fishing is Up and Down!

If you´re looking for Marlin even striped Marlin, it’s highly unlikely you´ll be coming in with one of those as well… Not seeing or hearing of Marlin strikes is a good indication they have left the building. Clients this week targeting Yellowfin Tuna were very successful, but they paid the price in dollars and time. For the fanatics, the YF Tuna are running from 80 to over 200 lbs, it just depends on what you come across. So what does this all mean to you, the fishing public that is hoping to boat a Yellowfin Tuna over the Christmas / New Year’s holiday? Well you will have to measure your risk factor against the possible gain. … But no worries, you have options amigo.