We finally we have warm, blue water stuffed full of bait fish at our world famous deep water locations of Corbetena and El Banco. Yes Marlin of blue and black, Sailfish, even sizeable Yellowfin Tuna in several locations. With the warmer water temperatures, the invasion of the bay with massive amounts of bait was bound to happen, why it took so long is a mystery. For now we’ll count our lucky stars and go with the flow. For the record, it’s “Fish City” out there and High Season for world class Sportfishing begins now!

Let’s start with Corbetena, like last week we’re still seeing red crabs drawing in Yellowfin Tuna anywhere from 40 lbs to 80 lbs, it just depends on your luck at the time. Sailfish of nice size, some Striped Marlin at 250 lbs, Black Marlin over 500 lbs, Blue Marlin at 500 lbs, and a host of smaller fish.  One issue is there are still Bottle Nose Dolphin stealing trolled baits so be aware. The good news is there is other bait to be caught out in the fishing grounds area, but they get those also. Be patient or use the staples in the bait tail trick to help your cause. Blue water, flying fish, warm water temperatures, the conditions are close to perfect and hopefully the season will build on all this. After such a dismal start to the season it’s nice to see things turn for the best. For the locals there is no excuse for not finding your way on the bay.

El Banco is much the same, but with Corbetena closer and fuel cost being what it is none of the local boys, charter companies that is, are heading out this way. My local friends, those with private boats are telling me the same story though. Sailfish, Blue Marlin, Black Marlin, Striped Marlin but no Dorado in either location. Like I said, with Corbetena closer, the fuel cost being an issue, the majority (which isn’t many) have been hitting the rock. I guess this means the area will be deserted leaving you the high spots to yourself! Imagine having some of Mexico’s best fishing grounds to yourself, alone amigo. Same deal with bait, water temperatures, blue water, the conditions are world class and waiting for you to show up. FYI there are red crabs, the “Tuna Crabs” have hung around for a week so be ready to mimic those baits as well, just a thought.

Punta Mita / Marietta Islands finally have a pulse as Sailfish and Striped Marlin move in off the point of Punta Mita. Heading out three miles from the shore you’ll find beautiful high visibility blue water stuffed full of flying fish, Skip Jack tunas 6 lbs and a perfect bait. Bullet Bonito are also thick so you can expect the fishing in this area to continue to get better in the coming days. Jack Crevalls to 35 lbs, Bonito to 30 lbs, Needle fish are in the area at 30 lbs as well. There is a host of game fish in  very active area. The Marietta islands are the same, we’re just hoping to see Dorado soon.

For the last few months it’s been all about “inside the bay”. The surprising thing is the bay is still incredible and for the person on a limited budget you still have a slight chance at a Striped Marlin from 120 to 200 lbs. Sailfish are also still running the neighborhood and from Los Arcos you’ll find Yellowfin Football Tuna anywhere from 20 lbs to 45 lbs. The closer to Yelapa the chances are they’ll be larger. Jack Crevalls of course to 35 lbs, Bonito to 30 lbs, Skip Jack Tunas at 6 lbs. These are very tasty and should not be ignored for the dinner table amigos.  Needle fish are in the 20 lb range for now and there are just so many species in the bay now we can’t come close to touching them. If you’re in town now and you don’t get on the water for a short day at the very least then you have missed something you’ll never forget. Oh, almost forgot to mention, we have small Dorado in the bay, hopefully this is an early sign of things to come. Cross your fingers and toes! 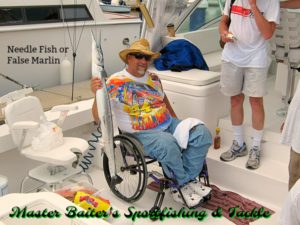 Bait: as mentioned earlier we have bait city which makes “Fish City” possible. If you’re targeting Yellowfin Tuna they’ve been hitting early in the morning, sometime before sunrise, yet we don’t have a full moon. Or the late bite is before sundown, so be on the water at 6 p.m. or so and get ready but if trying to get them to take a bait before they’re ready will just frustrate you. If you’re looking for Marlin, they’ve been taking dead baits as are Sailfish but they’ll take baits at all hours of the day right now, so it can be confusing. If you’re in the area of El Banco to Punta Mita be sure you have baits that will mimic flying fish as there are just fields of 3 to 5 inch beauties. Lures have been working well also especially for Marlin and Sailfish.  Petroleros (brown, purple and green), Iguanas (yellow and green) and cedar plugs are working well. Lures of yellow and blue will also get action, so bring your bag of tricks with these colors prominent. Water temperatures increased another degree so we’re in the perfect temperature range for the time being, YeHa! Bite: that’s a moving target but if you’re where you want to be before 9 a.m. this will serve you well.

We’ve been some morning rains, not much so we’re not as yet seeing a massive trash lines as we hope to see. We are seeing smaller trash “patches” that work well for Dorado and is the probable reason we have tiny Dorado in the bay, feeding on this organic fast food. This will change soon of course and we’ll have even more species options to choose from. 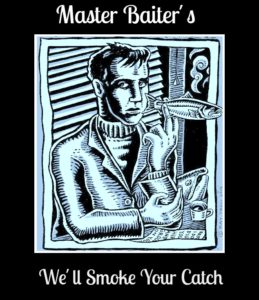