Well, here we are again, smack in the middle of the winter fishing season. While it may be “high season” for tourism, winter is “low season” for fishing. Many people don’t understand that especially when they read we have Sailfish, Striped Marlin and Dorado. Now this may be freakish with only a 30% or so shot, but it’s a shot you normally would not have. Those hoping to catch a bucket list fish at this time of the year, something like a Sailfish, should count their lucky stars for the slim shot they have. Everyday somebody is boating Marlin and more, but not everybody. This leaves us with only one question: Do you feel lucky?

For the last couple of weeks we’ve been lucky enough to have warm water, well its 77 degrees. That’s perfect Striped Marlin conditions and as such we’ve enjoyed Stripers in the 140 lb range, Dorado for the super lucky are still in the area, but that can mean anywhere between Los Arcos to Punta Mita! Which brings us to the point that in many, many cases you can catch the same fish in the bay as you’ll find at Punta Mita! The only difference is it seems to be a higher percentage “catch” in the Punta Mita area than in the bay. What this means is you can stay in the bay and find Sailfish at either La Cruz Area or Los Arcos and anywhere in between. But to be straight, Los Arcos, La Cruz and Punta Mita are the hot spots. Now you’ll need to make a decision if targeting these species. Don’t ask me, I don’t know what to tell you.

Corbetena this week has had some 60 lb Yellowfin Tuna, but they’re moving and well, you know how that all goes. Jack Crevalls to 60 lbs, Bonito to 35 lbs, Possible Sailfish and now they’re seeing some 50 lb Cubera Snappers finally! Striped Marlin are a “maybe”. Feeling lucky?

This week once again we’re seeing some great action at or north of Punta Mita. Sailfish are being boated daily, Striped Marlin are six miles off the point and running 140 lbs or so. Dorado can still be found around the Buoy or any floating debris like a dead whale or stump if you find one. Sierra Mackerels are everywhere running 15 lbs. Near El Morro we’re still seeing on again, off again Yellowfin Tuna Footballs anywhere from 30 to 60 lbs, just look for the birds and the boils… sounds like a T-shirt to me! Pompano from 10 to 25 lbs around the Marietta Islands, Bonito and Jack Crevalls insure a great day of fishing amigos. If you head farther north your chances for Striped Marlin and Sailfish just get better, this included Dorado as well, feeling lucky? Now there have been so much squid in the area the local bait boats in Punta Mita are selling a scoop for twenty bucks. A scoop has anywhere from 12 to 20 squids, don’t squawk about the price, it’s the cost of convenience and catching fish! The pictures will balance the cost out amigos. One other thing, Wahoo have been boated off the Four Seasons hotel, enough said. 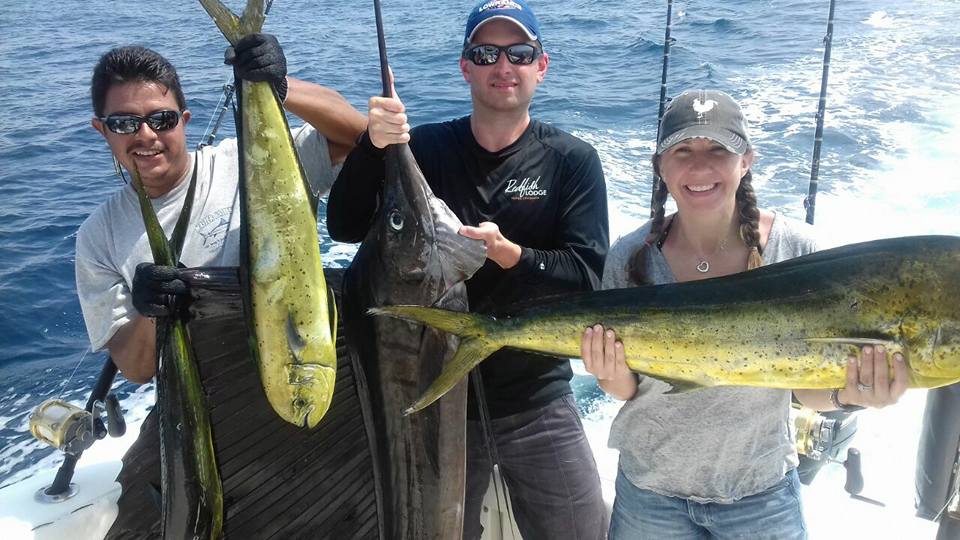 Inside the bay you just can’t go wrong. For the guy looking for Marlin with a four hour fishing budget, well you’ve got a shot amigo. Not a big shot, but a shot in winter is when the weather is perfect is worth the risk. You’ll definitely have fun with the other species like Sierra Mackerels at 15 lbs and super tasty, I love this fish. Bonito to 30 lbs, Skippies to 12 lbs, Jack Crevalls to 50 lbs and super abundant. One side note about the Jacks, the females are done “eating” and are now laying eggs. There could be a chance of blanking when the females don’t take baits. But the males are, so be positive and you’ll most likely be fine. With all the other species in the bay it’s hard to have a bad day fishing in the bay, nothing new there though. One secret this week, one word, Yelapa! Yellowfin Tuna footballs have been boated in the area, if heading to Los Arcos, this is a bonus…keep this between us! 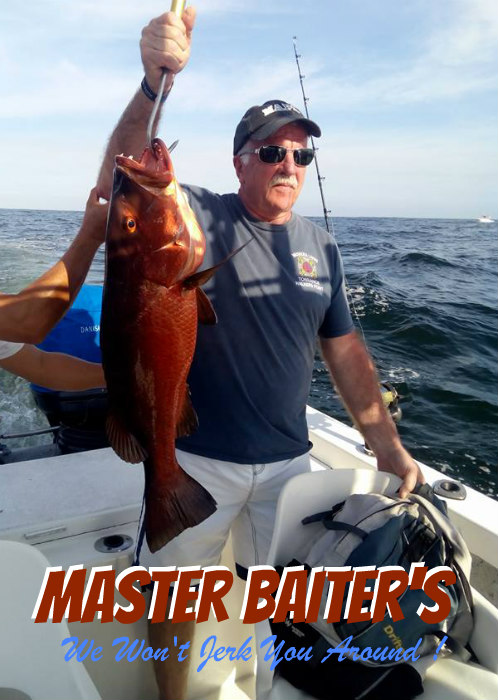 Water temperatures have dropped from the perfect Striped Marlin temp of 77 degrees to 74 degrees. We won’t complain as “Normal” would be around 70 degrees. La Nina, what La Nina? Even with the temp drop, the massive amounts of bait in the water is reason enough to hand around. Speaking of baits the Sardines are in massive bait balls, Flying fish at 5 inches, Goggle eyes, Squids, Red Tuna Crabs are back, could mean more Tuna if lucky. No issues with bait, but remember if you have squids it gives you an advantage, use as chunk aka chum and wonderful things can happen. The bite is a little weird, the full moon has things scrambled. For now figure a mid-morning bite that will last into the afternoon and beyond. Just be at the fishing grounds you are targeting by 9 and you’ll be in good shape.