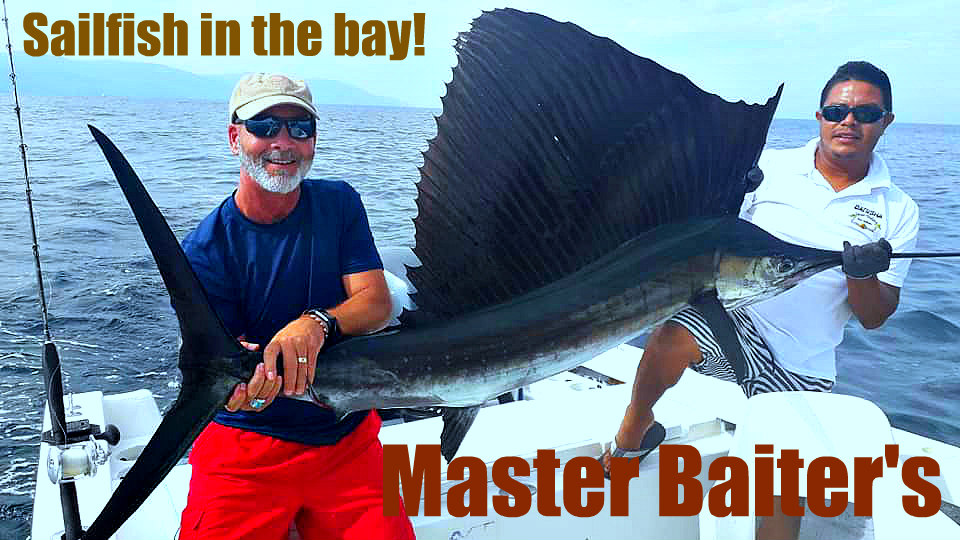 As we get ready to move into December we’re seeing an earlier than normal drop in the water temperatures. We normally start to see 80 degree water temperatures at locations like the Rock in the second week of January almost like clock-work. This year with the 80 degree mark happening about a month early we’re dealing with the challenges and the opportunities this all presents. With the continued massive amounts of bait in the area and especially the bay the fishing has remained world class. In situations like this, where one day is working well, the next is a frustration in progress. Moving fish means they won’t be in the same place tomorrow. Open minds in fishing, not locking yourself in a pattern of behaviors many times is saving the day. Do the opposite, it may work better than the obvious. An example of this is was dead bait last week. Yep, massive bait and dead bait was working better than dead bait. Fishing is a game of luck, skill and experimentation. If you’re both skilled and lucky, then world class fishing is out your front door amigos. 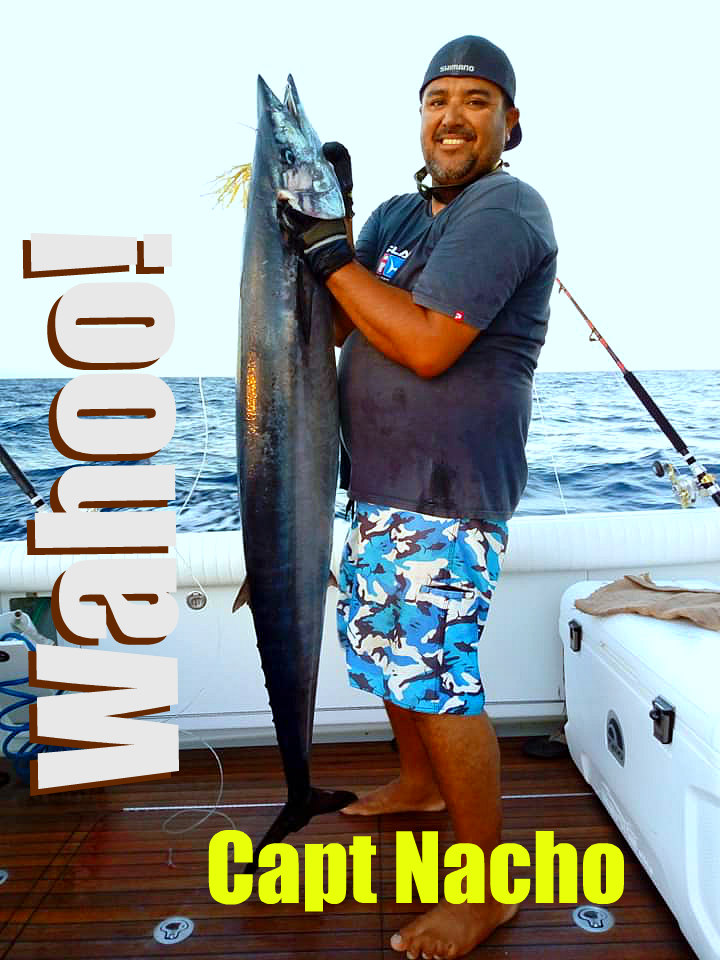 In our deep water fishing grounds anything is possible at any time. El Banco is a perfect example. Many times people will focus on Corbetena. One reason is the cost of fuel, the other is recent action. With so few people heading to El Banco, a location of many a world record, people are reluctant to head to this location for the fuel reason. So it’s hard to tell if there is a pulse at El Banco. When it comes to Corbetena that’s another story. For the last week we’ve been expecting great fishing and frankly it hasn’t disappointed. Yellowfin from 40 to 120 lbs are still in the area but are thinning in numbers as the water temps are below their normal comfort level of 84 degrees. Wahoo are moving in and they’re running in the 40 to 80 lb range, just remember if targeting Wahoo you’ll need to troll a little faster. Marlin are in the neighborhood as well with Black Marlin in and around the 700 to 800 lb range with most in the 500 to 600 lb range, Blue Marlin are much the same. If targeting Marlin it’s best to start about ten miles north of the rock as there was a warm current about ten miles to the north. With the cooler water we’re seeing Striped Marlin coming into the area. They were thick in Cabo last week so this is not surprising. Sailfish are in the area as well, but they’re roaming the whole area so be prepared to cast a bait. With the Skip Jack Tuna in massive numbers around this area it’s the bait of choice. But, dead bait can be an unobvious choice as well. The area is still worth a ten hour trip and is your best bang for your fishing dollar right now. 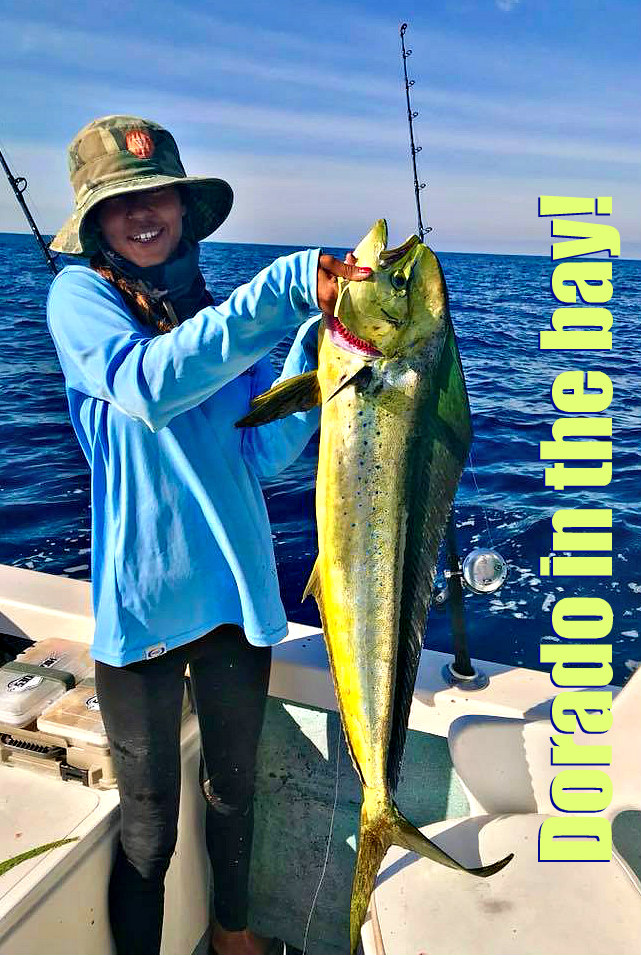 Closer in at Punta Mita the action has improved with Dorado moving in at 25 to 45 lbs around any debris at all. Sailfish are also roaming this area up past Sayulita. There have been some reports of Rooster fish in this area as well. With Blue Marlin off the point about ten miles and Striped Marlin moving in this could be the next hot spot. Flying fish, Sardines, Goggle eyes, you name it, bait is not an issue here. Keep your ears open, this area could explode unexpectedly.

Inside the bay we’ve seen some on days, then off days. Water temperatures are about the same as last week, so that’s not the issue. What it is most likely is the bait, too much bait and a full moon.
Early bite for most fish, but with Jack Crevalls moving into the area in ever increasing numbers they seem to be taking baits about 11 or so… Otherwise the early bite is about 8, so go figure. Sailfish have been a daily occurrence in the bay, not everyone but enough to make you think it could be your turn, feeling lucky? Dorado 20 to 45 lbs are still in the bay, but getting one to take your bait is the challenge. Jack Crevalls are returning, fun to catch and plentiful for the person looking for some arm burning action, they’re around Nuevo Vallarta at the moment. Sierra Mackerels, Bonito to 25 lbs, Needle fish and a host of other possibilities. Even some smaller Blue Marlin are around in the bay chasing bait, so truly, anything is possible in the bay.

Essential information, water temperatures in the warm currents can be up to 83 degrees, but the average temperature is about 80 degrees. Live bait is working well, but dead baits at time can be the solution to fish with no interest. With the full moon the bite is earlier for now, but again the Jacks are hitting around 11. Lures to use, Iguanas that mimic Dorado, Blue and silver are your best bets to start with. 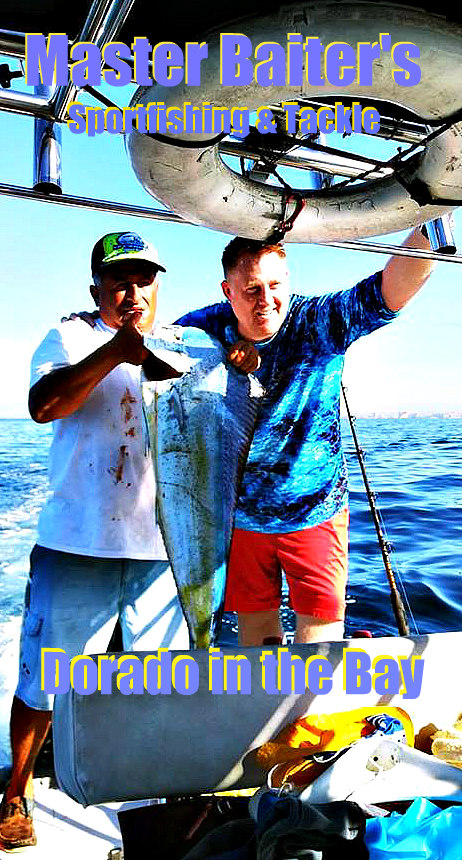 Fishing party / Shared boats: Wildly successful our shared Boat program saves you money, get you out of the bay and is the most affordable eight hour fishing trip PV!  Hit me with an email of when you’ll be here in Puerto Vallarta and we’ll “Hook U Up” with others looking for the same thing. Eight hours in a super Panga, half the boat, each half a max of two people, $275 usd, per half the boat. It’s the best deal in Puerto Vallarta and the book quickly. Taking reservations now. Also, if you’re looking for Tours, consider us your supplier, book a boat, tours and keep it simple. 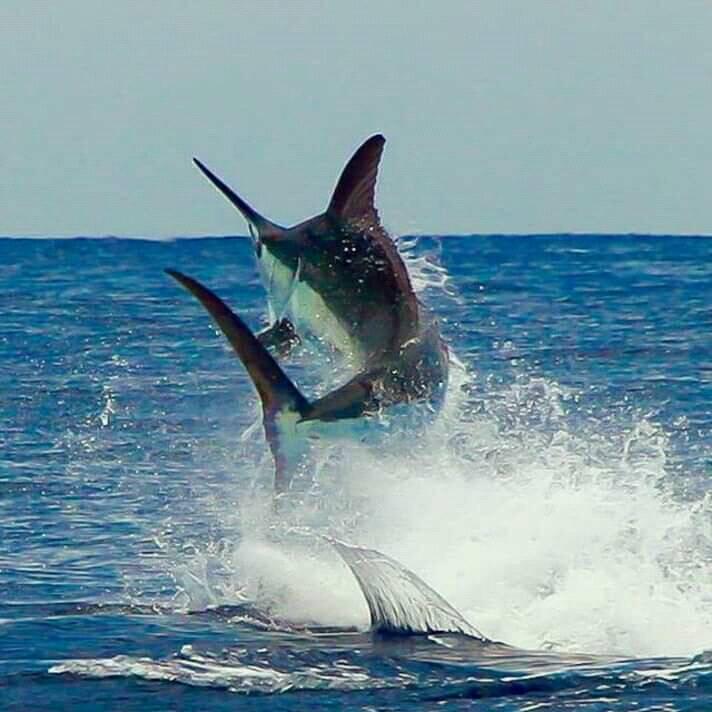