This past week we´ve seen Yellowfin Tuna Cows move into El Banco and Corbeteña just to watch the Tuna Boats, the Seiners or those boats that run the nets and decimate the fishing and now there are none! What remains now is a void of fish at our World Famous Fishing grounds. For now it ¨appears¨ that we have Marlin, Yellowfin Tuna and Sailfish, but only in between the Tuna Boat Sweeps. Long liners all over the Tres Maria Islands, our last fishery and if you´re a true conservationist this breaks your heart. But the bay and Marietta Islands are picking up the void or slack and you can still have great action as long as you understand Moby Dick has been chased out of PV!

This week is much the same if not exactly the same as last week. Water temperatures are down a degree from last week, but still hovering around the 73 / 72 degree mark at the deep water fishing grounds of El Banco and Corbeteña. Still with these temperatures you´d think the chill factor would be enough to push them out, but we´re seeing warm swirls in the currents that keep the fish hanging around. We´ve seen heavy amounts of Sardines, Bullet Bonito around these areas so the fishing isn´t bad, it´s the Production Fishing boats we just mentioned that decimate the fishing for days and days after they sweep an area. At both El Banco and Corbeteña we had 180 to 220 Yellowfin tuna (Cows) but the minute the Seiners got word and that was the end of it. Everything, No Marlin now, No Sails, No Tuna, nothing but bottom fishing which isn´t bad with Cubera Snappers to 65 lbs, but it´s a long way to go for something you can catch at the Marietta Islands. Sure you´ll find Jack Crevalls to 50 lbs, Bonito to 35 lbs, Tons of Bullet bonito for bait… This is basic fishing you´ll find much closer in. Unless these production fishing boats have left and the fishing is picking up, you pretty much have to catch it in between Seiner Sweeps…. These desperate fishing companies are putting themselves and the Sportfishing industry out of business as fast as they possibly can. It´s stupid and the govt doesn´t do its job (corruption) as they take payoffs from the Long Liners and the Illegal practices of the fishing fleets….. 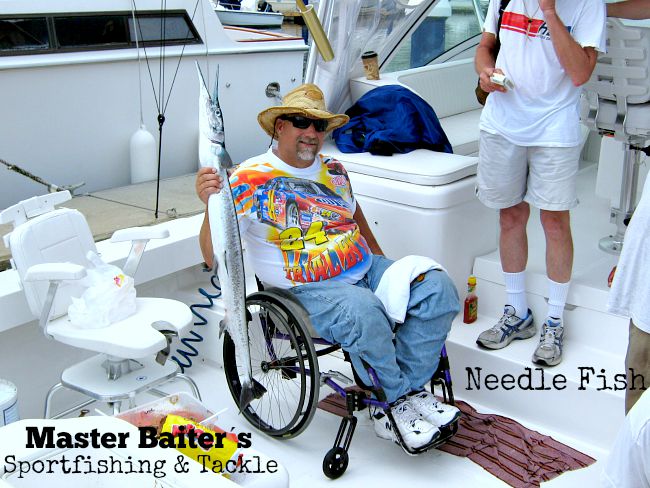 The Marietta Islands are the same as last week, Bonito to 40 lbs, Jack Crevalls to 50 lbs with the average at 35 lbs and this is the real story. Jack Crevalls have taken over everywhere, close in or far out, it´s still Jack City and we thank our lucky fish stars for that simple fact! Needle fish are still taking baits to 45 lbs, Sierra Mackerals are dropping in numbers, not too available either in the 12 to 20 lb range. Cubera Snappers have been surprisingly large around this area, for those using down riggers you´ll have a shot at 60 lb Cuberas but here´s the secret, you need to run a live bullet bonito or skip jack tuna then Wham, the game is on….. No Sailfish this week, but the Rooster fish are still in the area running anywhere from 35 to 45 lbs. Moni, our capt off Bella Del Mar boated a Roosterfish at 70 lbs, it was bigger than she is! It was boated in the surf line off the Punta Mita Point, I mean right in the surf where the waves are breaking under the boat….. Cast a diamond jig then be prepared!

Inside the bay, it´s the same report, Sierra Mackerals are thinning out but still in the bay. The infusion of massive amounts of Sardines and Bullet Bonito have drawn in some species you´d expect to be gone since they´re not at the deep water locations. Bonito all over at 30 lbs, Skip jack and some Football Tuna at 35 lbs around Yelapa, not automatic!  Another Sailfish was boated off La Cruz Marina (surprising, but happening more and more these days for some reason). Snapper around the rocks and structure. All the Regular players are keeping the best fishing for now in the bay and around the Punta Mita Point……

Bite: happening around 10 am in the morning, 2 p.m. in the afternoon, Jack Crevalls bit all day…. Water temps have dipped a little to 72 degrees outside the bay, still 73 in the bay with the shallower water and circular circulation the bay water temps are normally a touch warmer. Bait: Live bait is king, lures of a particular color didn´t matter. Start with Petrelaros, Rapallas close in, Diamond Jigs in the surf changing lure baits often.

Shared boats: Yes we´re still ¨Hooking¨ you up with others on shared boats. This Special is half a super panga, you can have two people max fishing or sightseeing for $275 usd, eight hours. This is the best fishing deal in town. If downtown visit our Store on Basidillo Badillo and Insurgentes. Call Chris (El Centro Mgr) at (044) 322 112 9558 for fishing, tours or T-shrts amigo