The “Ups” and “Downs” of Spring Fishing, Normal Frustrations 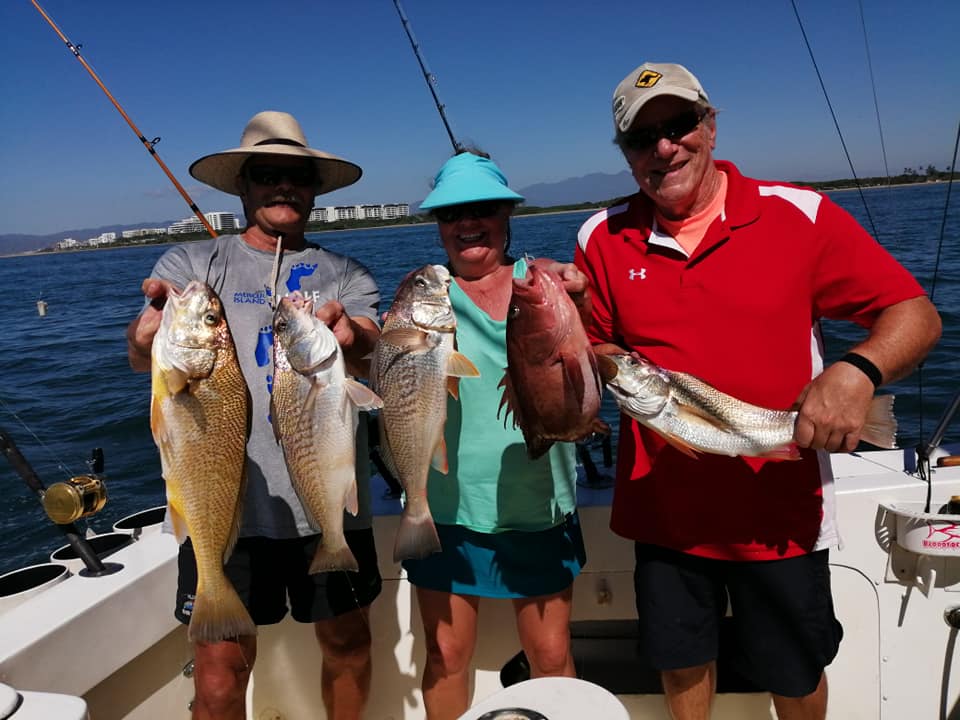 I’ve been in Puerto Vallarta long enough now to recognize fishing patterns come spring. Water temperatures drop to the coolest levels of the year. Then fish are spawning or breeding. The thing here is this, you won’t always have perfect days at this time of the year. You can find fish, that doesn’t mean they’re interested in your bait. But then again, they’re not always going to ignore what you’re offering. So it’s “Up and Down”. Last week when I thought it couldn’t get any worse, things changed, for one day, drastically. So it went from “nothing biting” to “Fish City”. Now we’re at least getting a bite from Jack Crevalls and Bonito, but it’s still challenging at best.

The deep water locations of Corbetena and El Banco have started to show a stronger “pulse”. Not great at any measure for this time of the year, but there is a pulse this week with Sailfish moving in hitting the abundant Skip Jack Tuna in the area. Last week this area was “bait-less”. Cubera Snappers (50 lbs) are possible for those who like to jig, but they have taken surface trolled baits so keep that in mind. Striped Marlin have shown up again at 250 lbs, Sailfish are there also hitting Skippies. Jack Crevalls and Bonito to 35 lbs are in the area as well. Yellowfin tuna are still around but using the correct bait will do the trick, which happens to be squids. You can get Squids from the bait boat at Punta Mita, in case you didn’t know. Yellowfin Tuna from 40 lbs up to over a 100 lbs with a ton of work and just as much luck. With Red Crabs and Squids still around the rock the area has had better Yellowfin Tuna numbers than normal for this time of the year. If they’ll take baits that is. Jack Crevalls seem to be more concentrated outside of the bay these days so keep that in mind when going fishing.

El Morro, just south of the Marietta Islands has shown more signs of life. Last week was pronounced dead on arrival and the next day things just exploded out of nowhere. At El Morro Sailfish even Striped Marlin moved in. That was only one day, the next day was better, but not the same Fish. What was left was Jack Crevalls to 35 lbs, Bonito to 35 lbs that are taking bait again. With the possibility of Striped Marlin and Sailfish in this area, it’s worth a shot.

Inside the bay, the same as last week with some small variations. Bonito are around Yelapa as are Jack Crevalls, but this is one of the few places you’ll find Jack Crevalls in the bay. They’ve moved outof the bay as the bait seems to be in deeper water and around the Punta Mita area. Four hours in the bay will get you some fish, but they most likely won’t be Jack Crevalls. There has also been a lot of action around the Meca River just north of Puerto Vallarta Airport. If considering fishing in the bay then I’d suggest six hours, but eight hours would be better for now.

I think we’ve seen the water temperatures bottom out as we hit 70 degrees at Corbetena this week. So we’re already moving into the more of a spring pattern where we’ll see water temps increase and Water current changes. The bite has moved back to between 10 and 11 so don’t waste your sleep Time by getting excited and getting out too early, you’re not helping your cause. As far as baits go, Lures seem to be working better on some days. It’s always a good idea to run at least one lure so start with an Iguana, Petrolero or Guacamayos!

Monster Yellowfin Tuna Season is coming. We’ve got a new Yacht that per person is cheaper than the   “bargain Cattle Car” Sardine can boats like the Constitution, Red Rooster, Polaris which come down from California. Our boat is luxury and affordable if compared to the “Sardine can” prices that “can’t be beat”. We invite you to compare what we offer to what’s on the market, you’ll see it’s a “No-Brainer”. More info on my Facebook page or send me an email for details.

Yellowfin Tuna Report: This week as the “other” American companies prepare for their long haul back to Southern Cal are finding it’s breeding season. Yes Folks even Monster Yellowfin Tuna breed. Yet you’ll never hear these facts from competing companies as they don’t want to lose business. In their behalf they probably don’t know coming down a thousand miles or so to poach local fishing grounds. Yes I said poach.

This last week has been tough for Tuna. Yes they’re out there but for the most part in smaller sizes. The few Monster Yellowfin Tuna you may have seen posted are from weeks if not months prior to the date of this report. But they keep posting them, mexican marketing, being Jerked around as we call it. So their “Income” to fish and size is great for the profiteering liars, but your money to monster ratio sucks!

There are some decent Rooster Fish, yes I said Rooster fish and Sailfish in the areas of structure or Rocks. Sailfish and Striped Marlin are also roaming the cold waters of 100 miles north of the bay.

For the guy or group looking to boat World Record Sized Fish every time you drop your line in the water, then April and May are not the months to be hitting this hyped location. Rather June is the real beginning of High Season amigos for Fishing. Not tourism, Fishing!!

Fishing Party: Our popular daily Super Panga option. Eight hours in a super Panga, half the boat, each half a max of two people, $275 usd. We still run the best fishing deals in PV! Taking reservations now. Also, if you’re looking for Tours, consider us your supplier, book a boat, tours and keep it simple.  Web page:  www.MasterBaiters.com.mx , Local Phone at: (044) 322 779 7571 or our international number is: 011 52 322 209 1128 10 to 9 local time. #MasterBaitersSportfishing on Instagram, Facebook, http://www.facebook.com/pages/Master-Baiters-Sportfishing-Tackle/88817121325 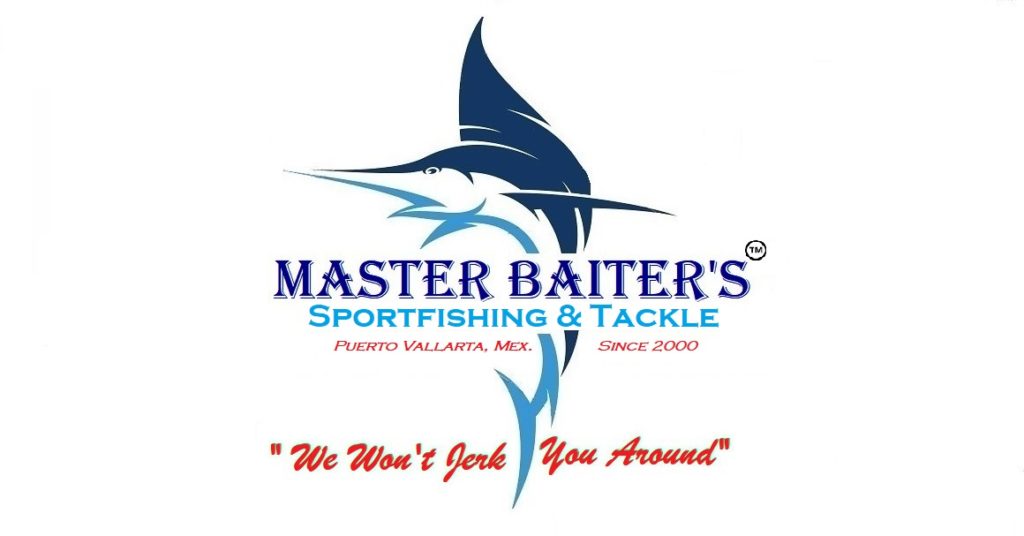