Take a Chance Fishing, Massive Bait, It’s Up and Down 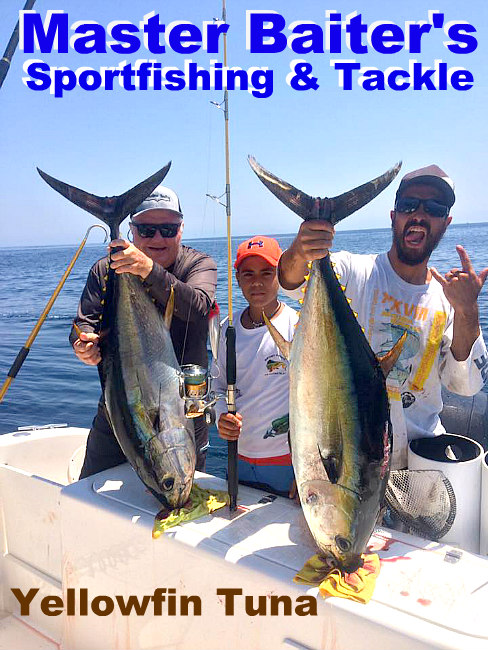 We get a little excited at this time of the year as we see conditions change to the point where we expect to see our summer species move in and none too soon. When they do start to “show” it’s exciting, then of course fish move and at times they move out of the area. We’ve seen some water temperature changes, massive bait moving into the area as the red Tuna Crabs move out. Rain in the evenings have been sporadic at best, which means a lack of a Trash Line. We’re still in a transition time and when things are good, it can be a temporary thing. Don’t fret, the fishing is still good, but we can’t put the Dorado before the bait, not yet anyway.

We’ve seen a slight drop from 84 degrees to 82 degrees, not a major thing, but it is a thing. Dropping water temperatures are an indication of continued swirling currents which is yet another reminder we’re early in the fishing season. Last week Barra Navidad had their Marlin tournament, failed miserably. First of all it’s just too early for fishing tournaments but they’re tournament happy these days so there you go. Second reason is they boated only something like five Sailfish! Fewer Marlin, so the fish we’re hoping for are still moving in and cool swirling water is not helpful.

Corbetena last week had Football Tuna in the 30 lb range and that’s still the case. Marlin have been rare since last week, but this will change in the coming days. A few Sailfish have been caught, but the whole area around Corbetena is full of every type of bait you can think of. Google eyes, Skip Jack Tuna aka Skippies, Sardines, Green / Blue Runners, Flying fish and the list goes on. That’s the “setup” news, but frankly with all this bait you’d think the fishing was going to continue improving. There are Marlin in the area, but it’s spread out. Sailfish are here as well, same deal. Not many people in town these days as the seasonal humidity and higher temperatures thin the crowds considerably. So for the few reports I have and the few boats heading out we could have better conditions in the next twenty minutes or so, stay tuned. Oh, same goes for El Banco, no reports because of the low number of fisherman in the area, as is normal. 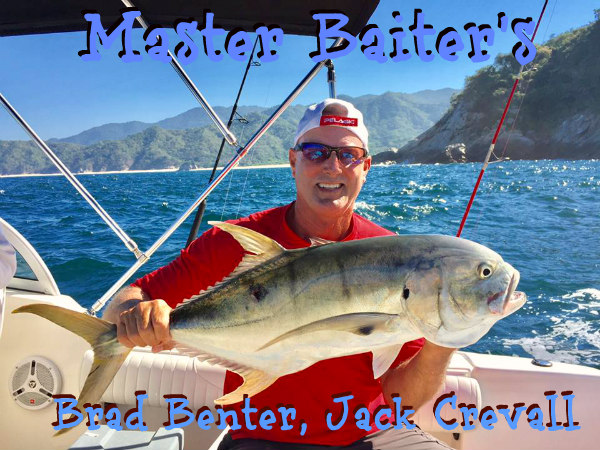 The area around the Marietta Islands are still in a holding pattern. Sailfish are off El Morro with some Dorado, but the key word is “some”. For now if you’re targeting Sailfish it would be worth your time but there isn’t much else in the area. There have been some light sporadic reports of Dorado around the point, find a buoy and who knows. Jack Crevalls are naturally everywhere at 40 lbs. Bonito from 20 to 30 lbs, Possible Dorado 15 to 20 lbs but don’t go with high expectations amigo. When things get this slow, they usually explode at some point. Being the lonesome angler in the area can always be the “day of your life”, but you have to be there first. Right now I’d do eight hours, give the Sails a shot, if nothing happens get back in the bay where the fishing is more consistent and the action more predictable.

Inside the bay the fishing is still your best bang for your fishing dollar. Six hours will make sure you have a chance to find where the fish went from yesterday’s location(s). The area around Bucerias to La Cruz have been seeing Sailfish in the area. Strange but it’s been like this now for months. Dorado are around Los Arcos to 20 lbs, but remember to let any Dorado smaller than this go! Jack Crevalls are everywhere and they’re aggressive, super fun to catch. Snook are not in any numbers as yet, but there have been some in the area so stay tuned. Snappers around the structure and rocks in various sizes. Sierra Mackerels are moving out but there are still some in the bay. Plenty of great fishing in the bay and again, best bang for your fishing dollar.

The bite this week has gone back to the 11:00 hour and a late afternoon bite is about 6 or so. Sleep in a bit and don’t be put out too early especially if fishing in the bay. Water temperatures dipped to 82 degrees this week, but in the bay it’s still 84 degrees, which is pretty much a neutral this week. Lures have not been working well but if you do run lures like I always due, Dorado lures (Iguanas) and Rapallas are a good place to start. All and all the fishing is still on the “it could be better” mode but this will change in the next few weeks. Something to remember is it’s the Tournament season. For me many of these tournaments are just too early. They’ve all learned tournaments can be a money maker, that is until there are so many tournaments the whole system is diluted. I mean how many local tournaments can there be and still be money makers?? So choose your tournaments wisely amigos, they’re all not built the same.

Here’s a little inside information that could help you when deciding which charter fishing company to use! In the day of the internet and web pages it seems there are plenty of choices out there. You have many independent companies posting fishing boats from all over Mexico, USA, Canada, you name it. For the most part, and I mean everyone in PV anyway who owns a fishing company will accept help selling their independent boat and gladly pay a commission. Personally I’ve had my boats posted on pages, submitted by bogus people, collecting a commission on top of another commission selling a boat that will never show up because it’s not their boat, it’s my boat. When contacted to delete the boat, they don’t. So what do you have here in this case, a third party company, controlling the money and in essence kicking up the price. Many of these guys in Marina Vallarta are basically waiting for somebody to call, a promoter or some other agent for the timeshare boys. You won’t find these companies on Tripadvisor, but you will find Master Baiter’s. Another thing about these non-rated companies on the web, they don’t have a shop. They may have a phone number they’ll answer until they have your deposit that is. The morning of your fishing trip, they’re a no show. I know because I help people all the time get boats in the morning trying to help non-clients  of mine to get on a decent boat. This is bad for the fishing business in PV and more importantly the fishing public gets a bad taste in their mouth and then would rather not deal with these banditos. Remember, you have to cover your back side amigos. Check forums online, there are plenty. Check Tripadvisor, not I’m not a fan of Tripadvisor as it’s easily abused with bogus comments, there are actually companies you can contact that will, for a price that is, get as many people as you want to post positive comments, same goes for bad comments on you if they, the competition that is, trying to ruin your or my professional standing as a company. Not hard to do. So spend some time checking out who you’re giving  your money to. Anybody can make a pretty web page, Facebook is noplace to find a fishing company, same deal, bogus likes and comments. So be careful my friends, it’s not rocket science, but it is as always, a buyer beware economy.