Well folks, We´re seeing things that just don´t make sense species wise as we are still experiencing unusually warm water temperatures. Sailfish, Dorado, Marlin, Sizeable Yellowfin tuna, Cubera Snappers, Rooster fish and the list goes on as if it was late summer fishing. Such are the results of an El Nino year. The news services are announcing how El Nino is alive and well meaning water temperatures are going to remain warm. Which of course affects weather patterns around the world including those folks in Chicago, Atlanta and New York. Yes folks the fishing is going to be anything but normal from this point out until about the same time next year. So sit back and keep an eye on the reports, nothing can be taken for granted when it comes to fishing here in Puerto Vallarta´s world famous fishing grounds during El Nino. http://www.elnino.noaa.gov/  http://www.sciencedaily.com/news/earth_climate/el_nino_and_la_nina/ 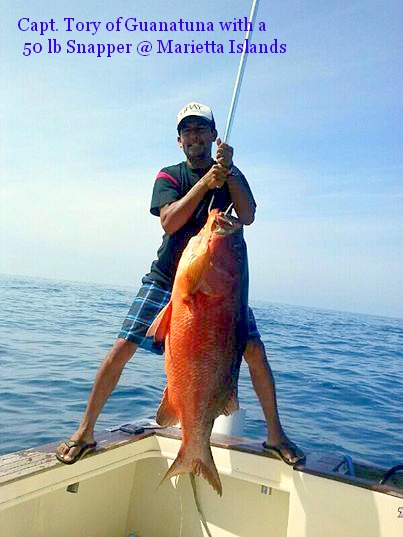 Ok, first things first, the water is warm, very warm. Come Mid February we should be seeing low seventies (degrees) not upper seventies bordering on eighty degrees. Because of these warm and very comfortable water temperatures we have summer species like Marlin, Sailfish, Dorado and yes, Large Yellowfin Tuna in the 80 to 120 lb range. Now we don´t want you to think this is an automatic fishing in a barrel sort of thing. It can be hot or cold and it´s nothing like in the summer, for the summer species that is. Now Jack Crevalls, Snappers, Bonito and many others are still on the menu as normal winter fish species. So the action couldn´t be better for ¨winter¨ fishing. With these summer species out there, well that is just icing on the cup cake.

The golden Triangle, that´s what I call it, is alive and producing nicely. The area between the Marietta Islands to Corbeteña, then out to El Banco is a fertile area that is greatly ignored. The old timers know that dropping baits on the way to Corbeteña (outside the Marietta Islands) and trolling to the rock many times will have better results fishing than the primary destination. For now starting at El Banco, 10 to 15 miles off the high spots north you´ll find Yellowfin Tuna in the 80 to 120 lb range. This is an opportunity that won´t last long and it may already be too late if you´re reading this. If that´s not enough reason to head to El Banco the 50 lb Dorado may sway you. Sailfish are in the mix and Jigging for Cubera Snappers and Amber Jacks will produce a nice dinner time conversation as you chow down on the days catch. Striped Marlin, Blue Marlin and even Black Marlin are in this same area. So you can understand why basically this weeks report is focused on this area. 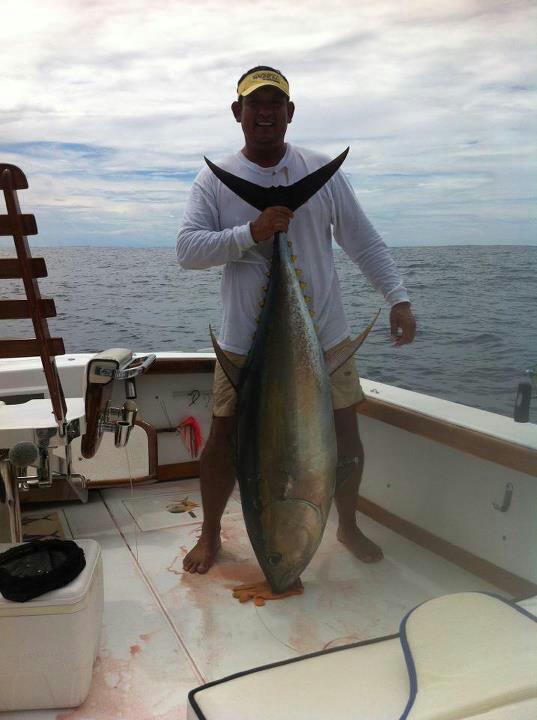 Now if you can´t afford the time, or you plain don´t feel like an hour plus travel time to Corbeteña or El Banco, then the Marietta Islands are just what the doctor ordered. An eight hour day will produce 50 lb Rooster Fish, Snappers to 50 lbs, Bonito, Skip Jack Tuna, Jack Crevalls all in the 35 to 45 lb range. Needle fish, grouper, large African Pompano ( great tasting) and Amber Jack! In fact Capt Tory of Guanatuna caught a 80 lb Amber Jack Jigging the bottom near the islands and ten minutes late got a Snapper in the 50 lb range as pictured. So if you have 8 hrs, we´ve got action for you amigo, YeHa!

The Punta Mita Point is still alive with Sailfish, Striped Marlin (250 lbs) about ten miles off the point, Sailfish and of course Rooster Fish off the Anclote reef. Great action, but for my dollar the Marietta Islands are a better option. Inside the bay, it´s wonderful! Jack Crevalls everywhere, Bonito, Skip Jack Tuna and the list goes on.

We´re coming out of the full moon so the bite will be happening a little later in the morning, figure about a 8:00 a.m. / mid afternoon bite. So plan accordingly and sleep in a touch. Bait is abundant everywhere, but you should be warned, the boats are averaging about two fish a day and sometimes none. Being a hot / cold situation you don´t know which day you´ll have until you get out there. With small squids baits abundant trolled baits could be ignored. But as a whole the fishing is great and you will catch fish, no worries there. With Blue Water, Blue runners as lures are your best tool if not fishing with live Google Eyes or Chorras (generic name for Bonito or Skip Jack Tuna). 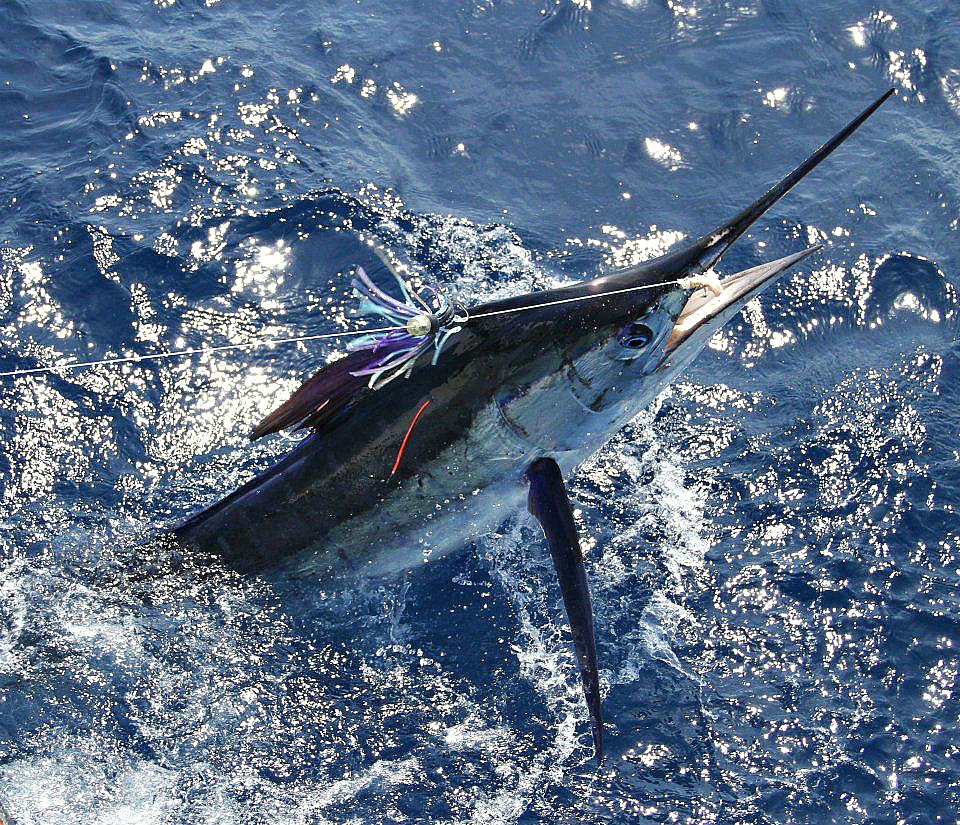