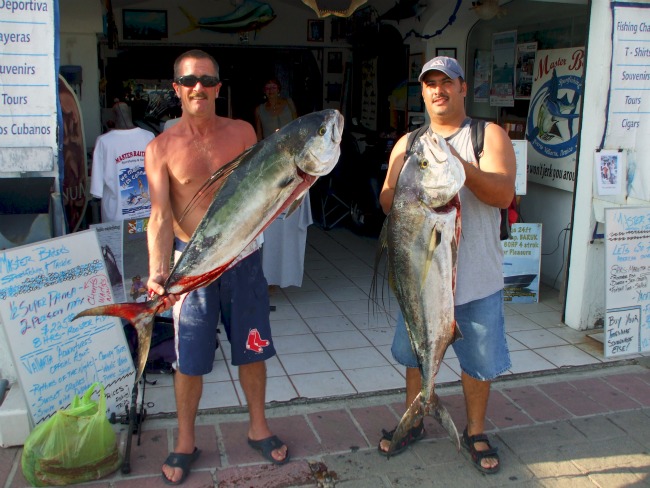 Twice a year we see the currents change from summer to winter flows and vice versa. It´s normal, it´s predictable and it´s happening now. For the average guy coming to Puerto Vallarta looking for a fun day in the bay fishing, you won´t go wrong. For the guy looking to boat Moby Dick, well he´s gone south for the winter! Yellowfin Tuna for the fanatics will now only be found at the Tres Maria Islands, commonly known as the prison Islands. Marlin and Sailfish for the most part have bugged out as well. You may ask ¨what does that leave to catch?¨, Well plenty, but it will be winter species. For the diehard players looking for Yellowfin Tuna and Sailfish, it will be a long day and you won´t be heading to El Banco or Corbeteña for the next four to five months. That´s the bad news, the good news is you´ll find plenty of fish worth catching on shorter duration fishing days. For now, even with the currents and species fluctuating there is plenty of arm burning action to be had. So don´t pout, don´t complain, get on a boat and have some fun already!

Since we´ve already touched on the summer species bugging out, the deep water locations of El Banco (aka The Bank) or Corbeteña still have ¨some¨ Marlin and Sailfish, forget about Yellowfin Tuna. When I say some, it´s not really going to be a trip to Corbeteña or El Banco, but rather ten to fifteen miles off the point of Punta Mita, the same place I´ve been telling you to check out for weeks now. Big news of a couple of good sized Marlin have been circulating about Corbeteña, but this is a story meant to throw you off the track. So don´t be fooled by liars, you really don´t want to head to El Banco or Corbeteña unless you want to toss the dice and see what comes up. For all practical purposes these famous fishing grounds have seen their best fishing days come and go until late spring. For my fishing dollar you have better options, but they won´t be targeting Moby Dick amigo. 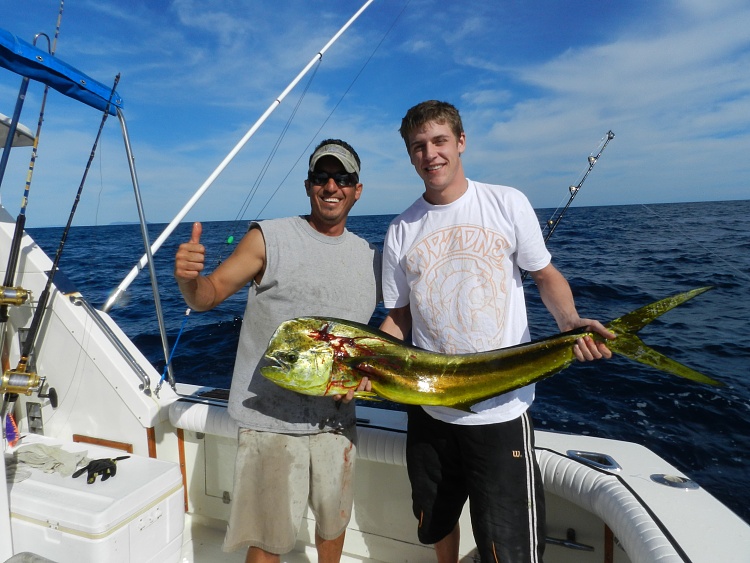 For my fishing fuel dollars the best place to be once again is in the area off Punta Mita to the Marietta Islands. With some decent channels between Punta Mita and the Marietta Islands you still have a shot at some nice sized Dorado to 60 lbs on the extreme side, 35 lbs being the average. Maybe a Sailfish of decent size of 90 lbs, Jack Crevalls or Torros as the locals call them in the 35 lb range or larger, Amber Jacks to 60 lbs but averaging around 40 lbs with the very popular Rooster Fish as they´re moving in a little more by the day. You´ll also see Skip Jack Tuna to 30 lbs, Bonito to 35 lbs, with other local fish naturally. Take an eight hour day and enjoy the bay, catch some fish and go home with some nice pictures, a smile and memories for a lifetime.

Speaking of Punta Mita, anywhere from 10 to 15 miles off the point is where you´ll find Marlin and Sailfish, even larger Dorado if you´re going to find them at all. As luck would have it, there are daily sighting and plenty of Marlin, Sailfish and Dorado chasing baits, but few boatings if luck isn´t with you that day. The reason this area is a ¨hot spot¨ is the deep channels that fish love to get lost in. If you head out from the point about 10 miles the channel there is about 300 ft deep. At 12 miles it drops to 500 ft deep and at the 15 mile point the sea floor drops to over 600 ft deep, perfect for fish looking to hide out and snipe baits. So don´t share this with everyone, we´ll keep this as our secret!

The Bay of Banderas is looking good. Smooth water, warm days and plenty of fish. Jack Crevalls to 40 lbs, Sierra Mackerals to 25 lbs, Skip Jack Tuna around 20 to 35 lbs and prefect for bait. Dorado are still being boated in the bay to 35 lbs (this is unusual for sure), throw Bonito in the mix at 30 lbs and you´ve got a day you´ll never forget. Bring the family, four to six hours can be handled by kids easily and adults. Who knows you may even see a whale or three during the day. Not a bad way to spend a vacation with the family at all!

The bait situation is still crazy with bait overload with Bullet Bonito all over the place, for most of the species in the area, Bullet Bonita are a delicacy they can´t resist. Flying fish are still thick off the point of Punta Mita to the Marietta Islands, but don´t be surprised if you see them in the bay. If flying fish are in the area, mimic the bait and troll at a increased speed, something is going to happen and it won´t be bad! Goggle Eyes and Sardines will round out the picture. Rooster fish are here because they chase Sardines, which means they can show up at any season. You have to hit these when they´re here, the numbers are inching up, give it a shot.

We´re past the monthly curse, I´m talking about the full moon phase of course, what were you thinking?? This of course means the bite is happening later in the day now. For the moment you don´t have to worry too much about being at the fishing grounds before 10 a.m., so plan your day to get the maximum advantage of the Bite! Water Temperatures are still in the 75 to 78 degree range, not cold, but not exactly Marlin / Tuna / Dorado friendly, but we don`t have much of a choice in the matter so we´ll make the best of it.