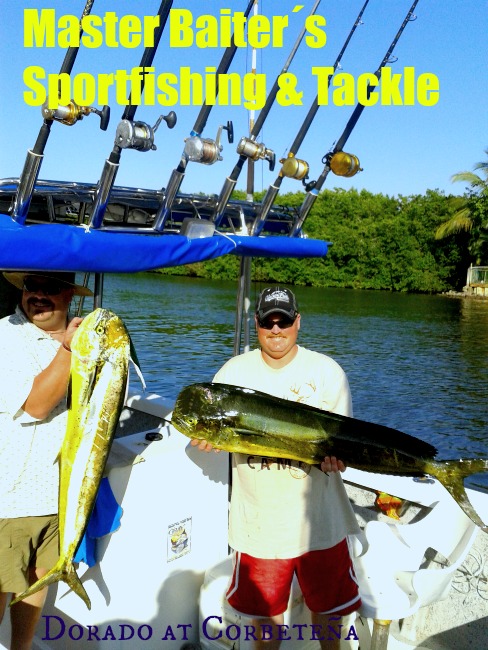 Being here in PV for as long as I have it´s funny how days in paradise can kinda meld together into seasons. The Season I see coming at us is very promising. Ten years ago, come July we had Yellowfin tuna footballs in early July. As we do NOW. Ten  years ago as NOW we had perfect blue water at the deep water locations of El Banco and Corbeteña. Considered one of the top ten fishing locations in the world Puerto Vallarta is the place for fishing on the west coast of Mexico! Ten years ago we had super large Marlin move in overnight. Just like NOW. But ten years ago you couldn´t find space to drop a line around the rock or the High Spots. NOW, you can have the whole place almost to yourself. Imagine having one of the best places on the planet for fishing to yourself. It´s Mind Boggling and Priceless!

Big lead in I know, but right now I fell like a race horse waiting for the gate to open at Kentucky Derby. We´re looking at perfect water temperatures in the bay and around the deep water locations. High visibility Blue Water makes for improved strike chances. Bait availability will make your head spin. Skippies from bullet size to 8 lbs and Bullet Bonito are just stuffed in pockets all around the area. Corbeteña: located 35 miles out from Marina Vallarta are where the bigger fish are showing up now. Blue Marlin in the 550 lb range are picking up both in size as well as in numbers. Sailfish of nice Size are running the rock. Dorado have finally showed up, only running 30 lbs they´re not exactly abundant, but right on time from my last thoughts. Should be more abundant and larger as we get deeper into fishing High Season in PV. Cubera Snappers aka Dog Tooth Pargo are in the 50 to 65 lb range and are also taking trolled Bullet Bonito (dead or alive). Wounded fish trick jigging works very well, so jigging or trolling is working fine for this great tasting species. You might ask about Yellowfin Tuna… Well Footballs in the 40 to 60 lb range are four to five miles out off the rock, north-west-ish…They come to the surface, go to the depths, they´re just doing a rollercoaster thing having fun in paradise. One last thought on Corbeteña, it´s bait heaven out there, look for birds, lots of birds and don´t worry what´s chasing it, get ready! 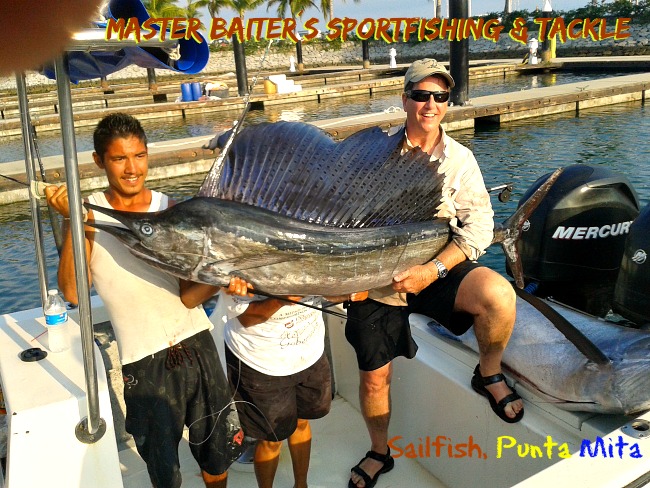 El Banco or The Bank is beginning to live up to its reputation. As I mention often, they´re ¨Bigger at The Bank¨.  Blue and Black Marlin here at The Bank are running 750 lbs and chasing baits quite nicely. Not exactly abundant, but with blue water you have the edge with the only bait and perfect visibility. If he wants it, he´ll find it! Sailfish of course, Yellowfin Tuna should be in the area, there are certainly enough Bottle Nose Dolphin (Flipper type) all over the area. Now they´re cool and all that, but they also like to take your baits as both fun and easy pickings! Marlin and Sails are hitting lures as well, so you can put a stop to those bait bandits. Run a purple lure or green combinations. There are always a variety of fish at El Banco and now is no different. For the moment, those targeting Big Black Marlin should be heading to El Banco, hands down. The High Spot is doing its job after a long hiatus. Overnight trips put you in the perfect place around the clock giving you even better chances of boating that Finned Fantasy! Just ask the boys off Magnifico, blue and Black Marlin Chasing Lures and baits result in Marlin Hook-Ups. It´s all a frenzy with Crazy amounts of baits, birds and screaming reels. Don´t be surprised if you find me on the water with you! 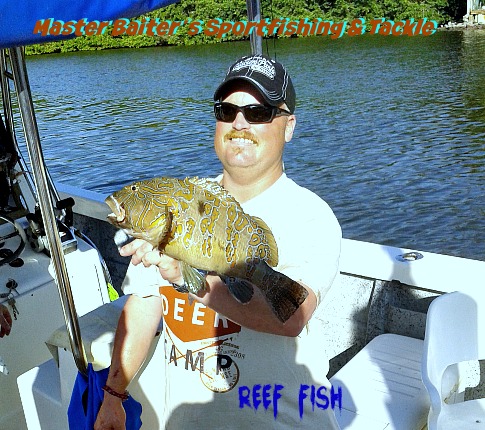 Marietta Islands, strange this week, it´s like fishing fell off the table and all but stopped. Snappers have pretty much moved out, Roosters are super sparse, Dorado are starting to move in, but aren´t ¨Keepers¨ . . . . Sailfish is around El Morro and off the Mariettas…. Needle Fish, Bonito, Skip Jack Tuna, reef fish. With all the heavy rain inland from PV we are seeing a bit of a trash line in the Marietta Island area. Not really producing much, small Dorado in the bay are taking advantage of this organic granola floating in the water.  The good news is the rains have started and the trash line will be another option to the experienced captain.

For an eight hour trip I`d head to Punta Mita. Sailfish are 1.5 to 2.5 miles off the point. Head out a little farther, like ten to fifteen miles and you´ve got more Blue and Black Marlin. Forget the Rooster fish, look for them when the Sardines reappear. .  For those in the Sayulita area beach pangas could be a great option. We also have several boats in La Cruz Marina if you need one let me know, A/C and plenty of shade…. 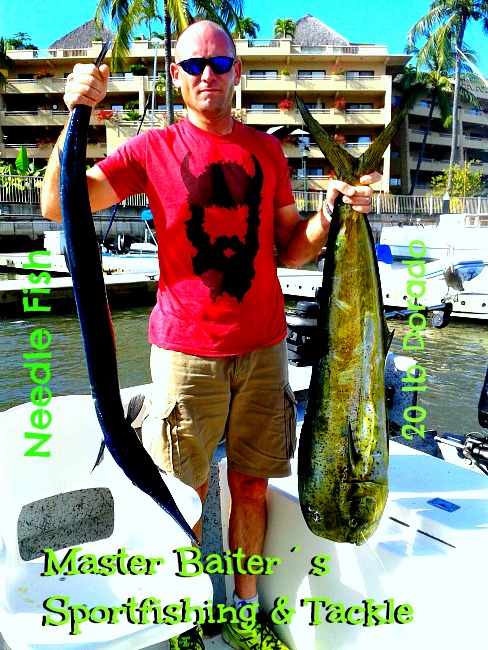 Inside the bay, surprisingly enough you´ll find some outstanding fishing in the bay. The north part of the bay has a trash line, this had small throw back Dorado. For Sailfish they´re all ¨Keepers and are chasing them as bait. So inside the bay anywhere from Los Animas to Los Arcos, to Nuevo Vallarta and off La Cruz you can and will find Sailfish. I have never seen so many sailfish in the bay and is not a normal occurrence to have this number in the bay. All the better for you, give yourself six hours and come in happy! Nuevo Vallarta still has Jack Crevalls, go figure. Needle fish are moving into the bay and are fun to catch, real jumpers! Bonito, Skip Jacks everywhere, Bullet bonito and Skippies. Robalo at the river mouths with Snappers. Football Tuna around the Yelapa area and Destiladeras. Get on a boat, you´ll catch something, I suggest at least six hours. 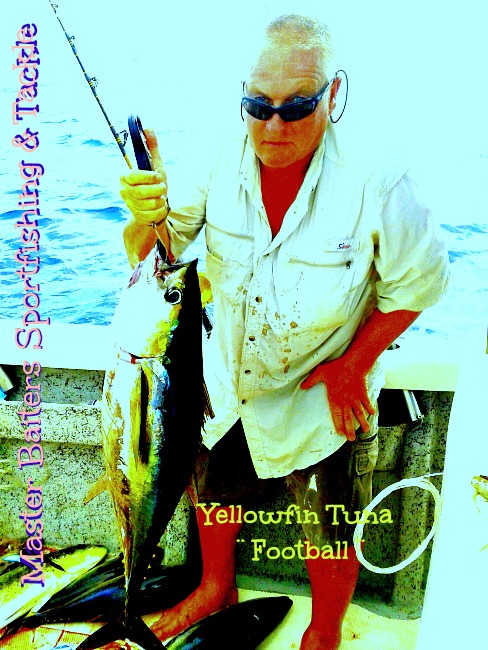 Bite has been happening a little later in the day and Mid Afternoon. So if Moby Dick doesn´t chase your line in the first forty five minutes it may be an hour or three. Welcome to fishing amigo. Fishing will happen. Water Temperatures: Running between 83 and 85 you couldn´t ask for a better range. Inside the bay the water is cooler around the rivers and the fresh water will attract many species for the fly fishing guys! I still suggest a ten wt. rod with sinking line amigos…. Flies will work well now.  As we are entering the rainy season, it could be raining in the moring as you head out. Normally if this happens the rain is only heavy for an hour or so and is actually great for fishing conditions as fish get excited. Rain is no reason for backing out of a fishing trip, especially when it´s the best time to be on the water, sin Lightening of course. Water is blue in the bay in front of the trash line, naturally behind is another color. Anything can happen right now for the few that are out there. If you´re just a little lucky, you may wind up with Mody Dick at El Banco, but you have to be there or somebody else will boat your ¨finned fantasy¨. . .

If you´d like to receive this report weekly in my news letter directly as soon as I finish it, then fire me an email at: MasterBaitersPV@gmail.com and we´ll put you on the list. Many People ask me where I go as a local. Well I started putting my favorite places to visit in PV at the bottom of the letter for the fun of it. So have a ¨Vacation Adventure¨ in My Hangouts!  So just ask and it´s a done deal!