Roll the Dice Fishing, They`re out there, Felling Lucky? 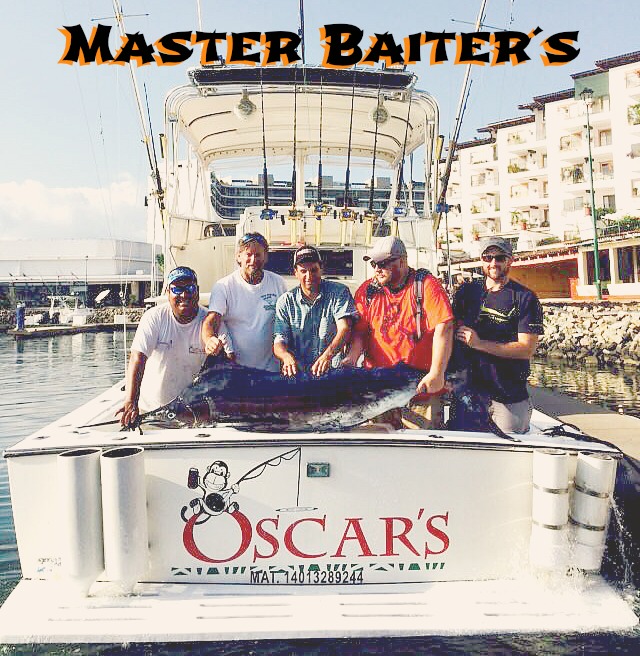 Well, here we are again scratching our heads wondering what happened. During the La Cruz fishing tournament just seven short days ago we had Marlin on tap! Dorado were large and running wild. Sailfish were almost annoying and we had small to large Yellowfin Tuna which is not the case right now. So this all sounds pretty bleak I know, but don´t get discouraged. Conditions change daily and we have fish for sure. It all comes down to having the correct equipment, patience and plenty of fuel to hunt these finned fantasies down. If you´re just circling Corbeteña or the High Spots at El Banco you need to open your mind and think about the ignored area between these two world class locations. The fish are there, it´s not automatic but Moby Dick is in the area!

I know everyone who is coming to Puerto Vallarta wants me to tell them what they want to hear and normally at this time of the year I can! But things are in flux and frankly I don’t understand the conditions we´ve been having. We went through a period where Corbeteña was taken over by sharks and Porpoises (Flipper) which meant we were playing a cat and mouse game to keep those ¨bait stealers¨ away from your precious Skippy! Now the Sharks and Porpoise´s are gone but that doesn´t mean the fishing is getting any easier. We´re seeing streaky, Hot / Cold fishing, one day it´s great, next day it´s a fish ghost town. October is the beginning of the highest part of fishing high season so to me this is a little disappointing, but not shocking. It´s also the time of the year we see currents start to change and we´re seeing signs of this as well. Dirty water in the bay is a great indicator when  it´s not from rain. So currents are stirring up the muck and sentiment sitting on the bottom of the bay. Just past La Cruz Marina the water turns to clear green water, another indication currents are changing. Clean Green water as Capt Cesar calls it isn´t an issue, but it is cool water. But four miles past the point off Punta Mita is High Visibility Blue Water so the bay is mixed up.

Bait, the basic fishing element is super plentiful around El Banco and Corbeteña in the form of billions of Skip Jack Tuna in the six pound range and that´s about as big as they get. So there are no issues with bait. Once you´re past Punta Mita, Water temperatures are still 87 degrees which is about perfect.  So what is it, what´s the problem? Well for one thing most people just circle the rock at Corbetena or circle the ¨High spots¨ at El Banco and scrimp on fuel, especially low cost providers. If you´re scrimping on fuel you´re not catching fish. The area between Corbeteña and El Banco are fertile and once again the tournament winning Marlin last week was caught in this ¨void¨ which isn´t void at all. So the first thing you need to do if fishing, serious fishing is fill up your tank. Cheap it´s not going to be, but who said fishing was ever cheap? Hit El Banco, Circle it a few times and then start circling outwards until you finally head south to Corbeteña. It´s about twenty five miles between these world class locations and if you´re ignoring this area to save money, then you can´t blame anybody, including the captain for being cheap. Now if you´re on a boat that took you to El Banco, but won´t search for fish in any measurable distance away from the high spots, then you just got what you paid for. Trips like I´m talking about will not come cheap and low end, low cost provider fishing trips should have lower expectations, to me frankly they should have no expectation to roam or search for any species away from where they paid to go!

This is all pretty sharp I know, but unless you have an appointment to meet a Marlin at a certain time and location, then you´re in the same boat as the rest of us. So don´t scrimp, pay for extra fuel, get a better quality boat that has the equipment they need. Pay for a Captain that knows the area, not the cheapest guy you can find who just learned how to start the boat last week and you have a serious fighting chance to boat a marlin in the 600 lb range.

Corbeteña: First off the bite is happening between 11.00 and 12:00 a.m so getting to the fishing grounds too early is not going to help your cause much. The afternoon bite is happening around 6:30 p.m. So the bite is mid day to late afternoon. Leave later and catch both bites, your changes of boating a Big Black Marlin will increase exponentially. The Dorado of last week have disappeared and can´t be found anywhere, period! Yellowfin Tuna have also taken a powder, why is a mystery. Sailfish are thin in this area as well right now and they should be picking up in numbers. The bottom line on Corbeteña and El Banco this week comes out the same. Patience prevails amigo and things will not be like this for long if they haven´t already changed. For the moment if you´re looking for Tuna or Dorado in this area you´ll be left holding the pole… I will say this, the Blue and Black Marlin are between 200 and 600 plus pounds.

Those catching fish this past week found live bait to be the best place to start. Dead bait has been working pretty well also, then lures. In some cases lures will work better than dead bait if you´re using the correct colors, which are: Blue with pink, or black and pink with a blue head. With no Dorado around don´t use green lures.

Punta Mita and El Morro have been disappointing now for a few weeks but there are fields of Jack Crevalls in this area. Not a fav of the fishing community but they´re a super strong fighter and will leave your arms numb (in a good way). Sailfish are thin and Dorado are absent. All and all an eight hour trip is not worth the money.

Inside the bay it looks like Jack City! Jack Crevalls are in the 35 to 45 lb range and thick! All you need to do is head to the Ameca river area just north of Marina Vallarta, a four hour trip and you´ll have a great time. Baby Skippies are around the bay, but they´re not worth your attention, not even for bait. Bonito at 30 lbs, Small football Tuna at Yelapa and a host of other smaller fish around Structure.

As I mentioned earlier the bite is mid day to late afternoon or early evening. Water temperatures are perfect at 87 degrees and while there is some clean green water and dirty water closer in it doesn´t mean you shouldn´t fish the area.

The closer we get to November, the bigger and more plentiful the fishing will be. Sailfish will pick up into even greater numbers and if we´re going to see any local sizeable Yellowfin tuna it will be in the coming weeks. Keep a positive outlook, things are not bad, but they could be better. What does that mean, it means go fishing but be patient and ready, Moby Dick is out there waiting for you to show up! 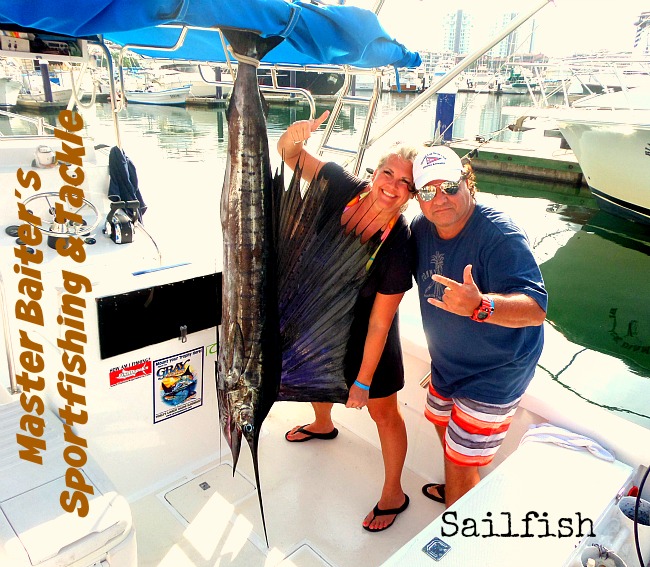 Discount Tours: We just had Rafael Malacara join our team and his job is to coordinate with the local hotels and to promote tours at extremely favorable prices you won´t find else where. Myh problem has always been I can´t focus on everything and even though tours are a money maker, I didn´t know beans from bananas about tours. But with Rafael we have experice, expertise and he knows all the tricks to get you on a tour a cheap as possible. So if you´re fishing with us we´ll make sure you don´t get over charged when you don´t need to be!