It´s has been an interesting week. We had a few days where Black Marlin, Blue Marlin, Yellowfin Tuna and Sailfish were circling Corbeteña and taking baits at will. I put friends out on one of our boats and they found nothing, not even bait. For twelve other boats that day it was the same thing, no bait, no fish, nothing. Two days later we have world class trophy Game fish all over these same fishing grounds. One problem was / is Bottle Nose Dolphin, the ones like Flipper. They are bait thieves and will eat your trolled bait right up to the hook. Lemon Sharks are just as smart and they´re doing the same thing. In the mean time Yellowfin Tuna will run with Dolphin as we see all the time, they´re buddies. The bigger the Dolphin the bigger the Yellowfin Tuna (don´t use this as a general rule though). So if you can get a ¨live¨ trolled bait past the sharks and past the Bottle Nose Dolphin, then you´ve got a great shot at Yellowfin Tuna anywhere from 40 lbs to over 200 lbs. Just depends on what comes across your bait presentation. While super sized Marlin of all species are cruising the neighborhood, they´re taking lures, not live bait, but that´s probably because they can´t get to a bait! The Sharks and Bottle Nose Dolphin can see the difference and ignore the lures. Sailfish and Marlin are not that smart and have been going for lures of green and yellow, Petrelaros of purple green and brown or dark blue with gold marking to mimic a tuna bait.  Sailfish are here on tap also, Cubera Snappers over 50 lbs if you want to jig with all these Marlin around. Yellowfin Tuna, we`ll as mentioned they´re at the rock, but you have to get a bait between the sharks and the Bottle Nose Dolphin before a Tuna can ever see it! But the water is blue and the water temperatures at 88 degrees may be a little too warm for YF Tuna, but for Marlin the conditions are perfect. Bait is an issue, everywhere or all the other fishing grounds we have no issues with bait. The Dolphin and Tuna have gone through most of it in the area, that´s why if you make bait early before you come too close to the rock, your chances go up proportionately.El Banco is still the ugly step child for the moment. Some smaller Yellowfin tuna Footballs running 30 to 45 lbs are in and out. Sailfish are a no brainer here. Cubera Snappers, Bonito, Skippie bullets for bait, Jack Crevalls. All good fish, but not a good enough reason to hit the Bank. This will most likely change in the next few days as the fish are normally bigger at the bank. For now Corbeteña is a better choice. UpDate: I had Magnifico out at Corbeteña today 7/19, there were thirteen boats out and only two had strikes. Surprising, no excuses, but we got skippies for bait, and nothing. Something to consider if reading this article in points world wide. Fishing is still going to be great, but we´ll see times like this after Dolphin desimate the local bait, no reason for fish to hang around. But they´re out there, we´ll give it another try tomorrow!!

A little closer in around Punta Mita Point there are Sailfish all around the area. But if you hit a heading or 285 to 300 after ten miles out you´ll find Striped Marlin anywhere from 175 to 225 lbs. Once you head out a little farther in deeper water you´ll be in Marlin Territory to about five miles before Corbeteña. If you find Skippies, bullet bonito or Skippies, any bait fish really, make sure you ¨make bait¨ or in plain terms, get a bunch! The local baits are always the best, but once again if you want until you get to the rock, you´ll be disappointed in what´s available there. So be smart, get bait early and the whole area between the Marietta Islands and Corbeteña is alive with bucket list fish. Now would be a good time to be here in PV! Dorado are tiny, Rooster fish are n the surf line and possibly in the reef areas, but they´re more difficult to find by the day. Snappers in front of the river mouth areas with Snook. If you want to hand around the Marietta Islands, Punta Mita Point and El Morro, well you can catch fish, but they´re the same fish in the bay. So save some money if not heading to Corbeteña and fish these same species in the bay. All with high visibility blue water, the conditions are almost perfect, nothing more to say.

Inside the bay, well it´s the same as last week and that´s just fine. We have had a few days of local rain so we´re seeing a nice trash line. Those heading out in the morning need to be aware of the possible invisible debris just below the water line, this can ruin your day if you hit a stump or dead animal. So go slower in the bay than you would in the winter months, it´s just part of the game. With Jack Crevalls being the dominant species in the bay at 40 lbs. You can still find Needle fish to 35 lbs, Skip Jack Tuna at 6 lbs, Bonito to 35 lbs, Snook to 30 lbs at the river mouths, Snappers of all sizes around the structure. The surprising thing is you can still get Sailfish in the bay in several locations and while it is a freak fishing situation, it´s happening so much it´s almost normal now! Four hours will get fish, six hours will get you bigger fish in the bay. So you don´t need to head out for Moby Dick, but he´s there if you want to take the chance!

The bite is on the late side, the afternoon bite is at 3:00 p.m. in the afternoon and the morning bite is about 10:00 a.m. so plan your day accordingly. Again with clean blue water and water temps of 88 degrees.

One thing that makes itself obvious is when a boat has less than maintained equipment you lose fish. Drags slip, old line is chaffed or just plain breaks. With big Marlin running the area, they will not only test the limits of your tackle, they will test your limits as well. One reason you´ll spend more $$ on one boat and less on another is the invisible equipment factor. The guys who charge a little more, not much more, have fresh line, smooth and maintained drags, full line of color for lures, planers, down riggers and working radios not to mention lite tackle and heavy tackle rigs for all fishing conditions. Let’s face it, you didn´t enter ¨that¨ tournament to lose it because the boat owner didn´t put fresh line on the reels or back it with spectra as you get spooled? When Targeting World class Marlin all your equipment needs to be Professional Grade and you´re Captain needs to be experienced. It´s a symphony of elements that all need to come together as one as you do your best to boat a tournament winning Marlin! A hundred dollars a trip can mean the difference in winning a tournament or participating. Something to think about amigos!I 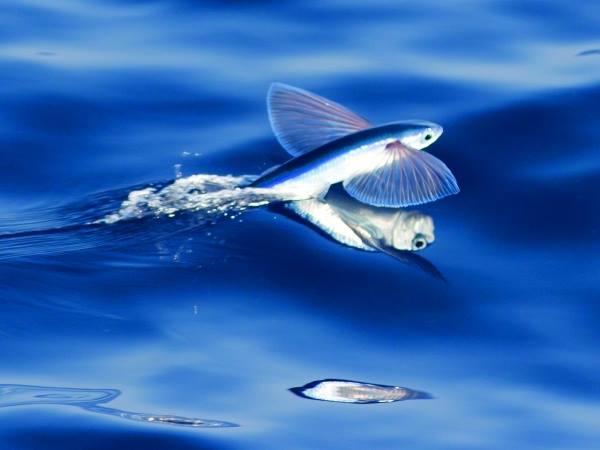 n Summary: Conditions are getting more stable, but the water temperatures keep heading upwards. Yellowfin Tuna will sound around these temperatures so make sure you´ve got a down rigger with you when heading out, which means you have the weight that goes with it or it´s useless. Ask the correct questions like if they have a down rigger, do they have the weight? If you´re dealing with an agent, he may not even know what a down rigger is, so talk with someone knowledgeable and demand the truth!

Master Baiter´s just got another freezer so this means we can once again Freeze Your Fish! Master Baiter´s clients get this service for free, non clients will pay $150 pesos ($7.00 usd each bag) and can rest assured it won´t be stolen by the concierge, bell boy or anyone passing your fish in the freezer with sticky fingers. And of course we´re the only ones offering this service in Marina Vallarta that I know of. If you get ten bags of fish it makes us the cheapest fishing company in Puerto Vallarta.

I also have a new, smaller panga with a super superior captain and for the next two weeks I am offering this 26 ft Panga for four hours at $200 usd which is at a loss for me, but we´re introducing this panga so we can earn your business in the future! But you have to mention you read it here in this article to get this deal or mention you read this in the PV Mirror (www.pvmcitypaper.com ) !!

Smoke Your Fish: As another exclusive service of Master Baiter´s we´re offering a Fish Smoking Service where we´ll smoke your fish, bag it and prepare it for shipping, we take half for payment. People are loving this service and frankly I love the taste of smoked Marlin / Smoked Sailfish, Dorado, Rooster fish or any other fish you catch. Even Jack Crevall taste good smoked!! Just call us and we´ll come to the boat and get it with instructions on how to reach us, we´ll deliver it a few days later or trade you what we have in stock, but not the day of the trip amigo, call us, we´ll fix you up! I can´t tell you how good this is with a beer!!

July Fishing Special: Right now we´re running a special for the month of July, 4 hrs, four people max, Ice, bait, captain, crew, licenses, on insured boats with English speaking captains is only $250 usd for a ¨Full Service¨ fishing Trip. Option II: For those looking to just get on the water and do some basic fishing our 4 hr trip from Marina Vallarta to Los Arcos trolling for smaller game fish is only $195 usd, four people, same as the 250 trip but you´ll be limited on distance and how much fuel we use. Air fares are cheap, hotels are all running specials and the fishing grounds for the most part is still empty.