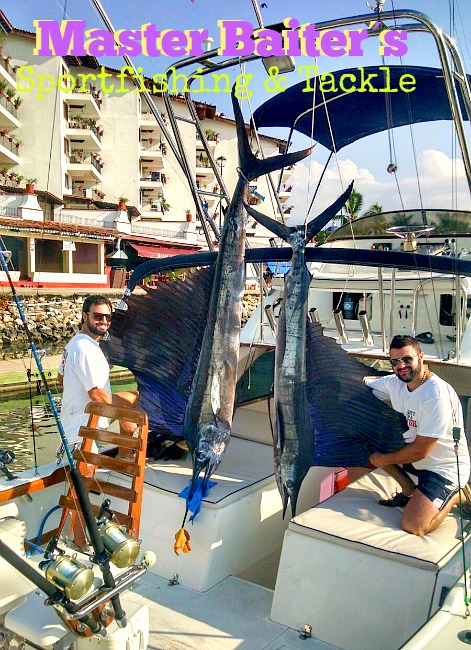 As we swing into the tail end of fishing´s High Season we see that things have changed and you may have to change your plan of attack. Water temperatures are more in the range we would prefer at 84 degrees with high visibility blue water at all our world class fishing grounds. Plenty of bait and perfect sea conditions. Tuna are hit and miss right now, more miss. Marlin is still hanging out, but they´re a little thinner or less abundant than last week. Sailfish and Dorado have moved in closer, including inside the bay and you may wonder what the title for this article is all about? Well, Corbeteña has Bottle Nose Dolphin, they like to hang with Marlin and Tuna, they´re buddies so to speak. For the last month these large Dolphin (Flipper type) have been sneaking up and eating your bait right up to the hook. First time is funny, second time is not so funny, the third time and you´re getting worried. They´ll take even Goggle eyes and this is an issue. So, the challenge, if you´re willing to accept this mission, is catch fish at Corbeteña without the bait bandits getting between you and your ¨Finned Fantasy¨!

Corbeteña: Yellowfin Tuna, Sailfish, Marlin and Bottle Nose Dolphin. If you can get around these pesky and very cool mammal’s you´ll catch fish. I don´t want to make it sound like a walk in the park, you´ll have to work for that catch. Yesterday Magnifico had three Marlin hook-ups. Barely touched, they were mostly just giving it a bump. Got the hook in three, spit three times as well. These were Black Marlin in the 350 to 700 lb range, there could be larger out there, when we don´t have to worry about bait bandits we´ll know. Sailfish are good size in the 80 to 100 lb range. Bonito in the 40 lb range (bait), Skip jack Tuna (more bait), huge Jack Crevalls to 50 lbs or larger. Yellowfin are in the area before you come to the Rock and ten miles north of the rock, they move so they can be anywhere tomorrow!  With so much ¨bullet¨ Skippies and Bonito you´ll need to make bait in the area to make sure you´ve running what they want. For now the frustration of these ¨Flippers¨ will make your hair fall out. The fish are there, but getting to them is the ¨challenge¨. Good Luck amigos, you´ll need it. 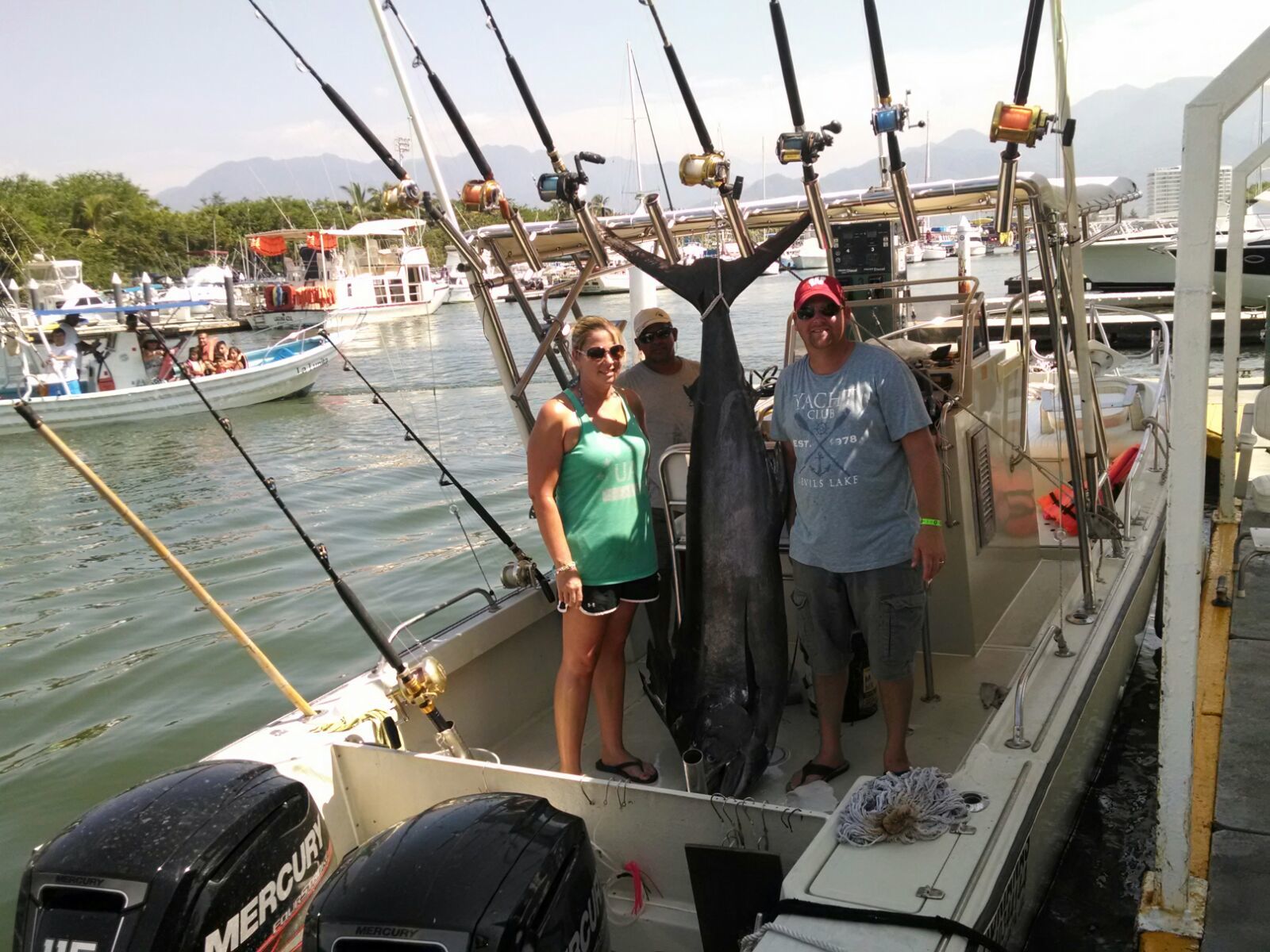 El Banco, at least there are no Dolphin out there. Same Deal, Marlin to 700 lbs, Sailfish, Rainbow runners to 50 lbs and reports of Wahoo to 80 lbs for the ¨Uber Lucky¨. Don´t even think of targeting Wahoo, they´re a non-schooling fish and if targeting them you need wire leader and run (troll) lures a touch faster and you may get ¨lucky¨. No Dorado to speak of but as usual, things can change in a New York minute. There have been some reports of Yellowfin Tuna in the 250 lb range in the Tres Maria Island area. With the up and down ¨mood swings¨ this area can be producing like a machine or they´ll have nothing. It´s all in for this area, so you´ve been informed, roll the dice. 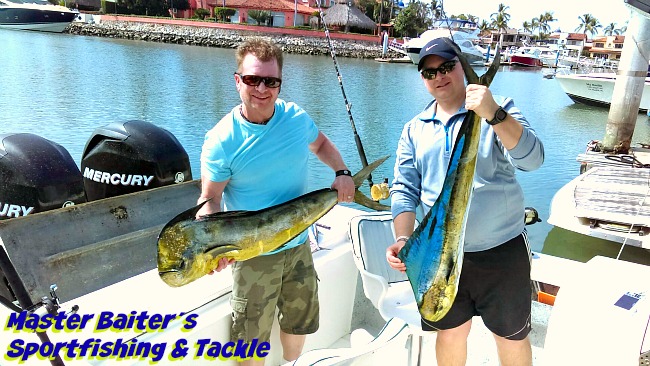 The Marietta Islands and El Morro had a glimmer of Rooster Fish this week. Nothing you could count on, but those off the back side of El Morro and around the reef there have boated some, not many, but some Rooster fish in the 50 to 75 lb range. With Sardines in the area, they could pick up in numbers, it´s been some time since we had a shot at this quill headed demon fish! Snappers at 25 lbs for the jiggers, Bonito like normal in the 30 lb range, Jack Crevalls are moving in a little early this year and there are even some Sierra Mackerals showing up in the bay. Sailfish are off the back side of these islands. If looking for a chance at Rooster Fish then take a shot, you can always head over to the Point of Punta Mita and clean up on Dorado which are still in the 30 lb range and larger.

Inside the bay is still the place to be if you want to target Dorado! After a whole year of no Dorado in the bay they´re making up for lost time. Around the area of Los Animas and the Los Arcos rocks you´ll find 30 – 40 lb Dorado just hanging out and no Bottle Nose Dolphin to frustrate you! Football YF Tuna are in the area as well to 40 lbs. Sailfish (smaller range of 70 lbs) have also been boated again this week a few miles off the rocks and around La Cruz. Tons of Jack Crevalls in the 30 lb range around La Cruz Marina. Snook around the river mouths, shore and structure of any kind. Bonito to 35 lbs, Skippies, even some Sierra Mackerals and Needle fish to keep the Whales company. I suggest six hours in a super panga to make your day and impress that special person with your manly catch as you have it prepared at Victors Café Te Cuba, they´ll prepare it five different ways, I love this place! 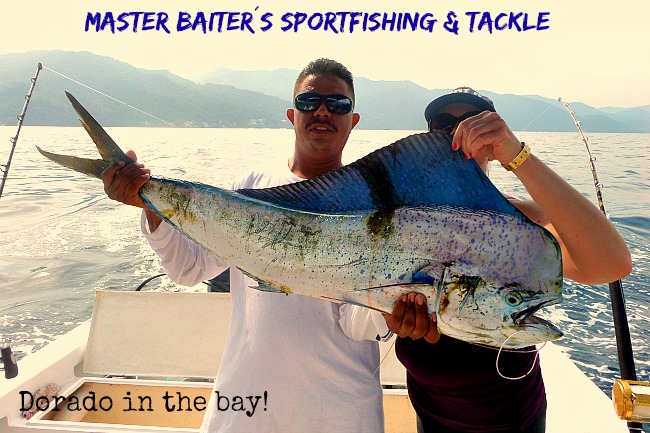 So with the BN Dolphin being bait bandits, then hot and cold days at El Banco, I´d focus on eight hour or less days where you´ll boat all kinds of fun fish including Dorado, Football Tuna, and maybe even a Sailfish and still keep a few pesos in your fishing fund. We had a few days with some larger swells with wide intervals that are diminishing. Bite has been pretty much all day, but the Yellowfin Tuna are hitting the ¨late¨ bite if you want to call it that around 2:30 p.m. Otherwise the bite for every other species is mostly mid morning into the afternoon! Live bait is king, Bullet Bonito or Skip Jack Tuna are your best weapon if you can keep the BN Dolphin at bay. For now Lures are your best option around Corbeteña in Green with some Yellow and Blue with Red skirts. Everywhere else you´ll want to use live bait, but still run one lure, you never know! Moon phase is not an issue now. Blue water, Plenty of bait, hell it´s a fisherman’s paradise out there right now and you do this on the cheap!

Extended Version: One of the conditions I did not mention is the human condition created when people do things they shouldn´t. For now we´re seeing hundreds of long lines all around the area as these illegal fisherman are once again raping the natural resources in the Bay of Banderas. Capt Cesar told me yesterday that there were three hundred long lines with many Sailfish, Dorado and Marlin dead on the lines. It´s sickening to see these beautiful fish just dead illegally. The navy doesn´t seem to care, they won´t react when told, same goes for the Port Authority or Captain of the Port! The Govt. doesn´t seem to care even though there are federal laws against this. Nobody in Mexico cares if there isn´t some sort of ¨Pay off¨ in the form of a mordida or bribe. If anyone knows a resource or person we can get in touch with we will! But the sad reality is whoever we talk with will most likely give us the flapping jaw routine with nice words and no action…. Once again. These long liners patrol their lines with guns at their side. So don´t be brave and think you´ll run over their lines which can be several miles long, it will just get you in deeper shit than you will want to deal with. Me, I know how to deal with this sort of home grown corruption, but it involves embarrassing those in power. Now all I need to do is find the right guy and put a bug in his ear. Update: 12/11/2015... We still have bottle nose Dolphin, but some days they´re not there, others they are… YF Tuna around the Rock at 80 lbs, Sailfish and Dorado in the 50 lb range just north of the rock by ten miles. You still have to make a decision, choose wisely!

I am continuing with my MBTV Video Fishing Reports which are very popular and a second report in the end of the week after we publish this report earlier in the week. So there is now no reason not to be up to the minute for fishing conditions!  Shared fishing charters: if you get me your name and hotel you´ll be at I can try and Hook-U-Up with others looking to share a fishing trip. We´re matching up eight and ten hour clients on either a super panga or Magnifico / Mama Sita. Don’t wait until you arrive because it makes it very difficult to match people up after the fact. People can match up easier before coming down. It makes things easier on me and works better all around.