When the Marlin and Sailfish and Dorado and Tuna have all left for warmer southern waters, people for some reason think the fishing just dies or something. But seriously, with cooling water temperatures having expectations of “machine gun hook-ups” is unrealistic. Now if you’re looking for a great day on the water, now I can do that amigo. Corbetena is seeing the seasonal change as well with fewer and smaller Yellowfin Tuna in the 25 to 40 lb Football range. Sailfish possible with sparse Stripers in the 225 range. They should be picking up in numbers, they like the 76-ish water temps. Amber Jacks are here as well and be in excess of 50 lbs easily. Again, it’s that time of the year so expectations need to be kept in check. If you’re seriously looking for Striped Marlin you need twelve hours and head about thirteen miles out from the high spots at El Banco. Yellowfin Tuna are a better bet in this area with 25 to 45 lbs common with some in the 80-100 lb range with occasional 100 plus pounders. It’s not exactly automatic either. You can expect about four strikes, now if you convert is another thing. Keep those lines tight and you will boat some nice fish. Sailfish are a few miles off the rock, Cubera Snappers to 50 lbs for the “Jiggers”. I have seen some post lately on Facebook from some of the locals showing Monster Yellowfin Tuna quoting they’re at El Banco, don’t count on it. With possible Dorado in the area at 25 lbs and less for the lucky enough to find debris in the water or a floating log. All and all a twelve hour trip is something to consider if targeting Striped Marlin or Sailfish. It’s still rolling the dice with maximum effort.

With clashing currents around the Punta Mita area to El Morro there have been some rough seas. These clashing currents also have debris from storms up as far as California in recent weeks. Having said that the fishing is interesting. Once again a shot at Sailfish, Striped Marlin and Dorado are about equal to that of Corbetena. Rooster fish are just teasing, we should have some, but they’re someplace where we’re not. Jack Crevalls are naturally everywhere to 50 lbs and taking baits nicely. Needle fish by El Morro. I’ve seen local captains posting pictures of Pompano in decent size ranges. Just remember these fish are being caught off the back sides of the islands. You fishing in this area after the Game warden type guys’ show up, you’ve got a new ticket. 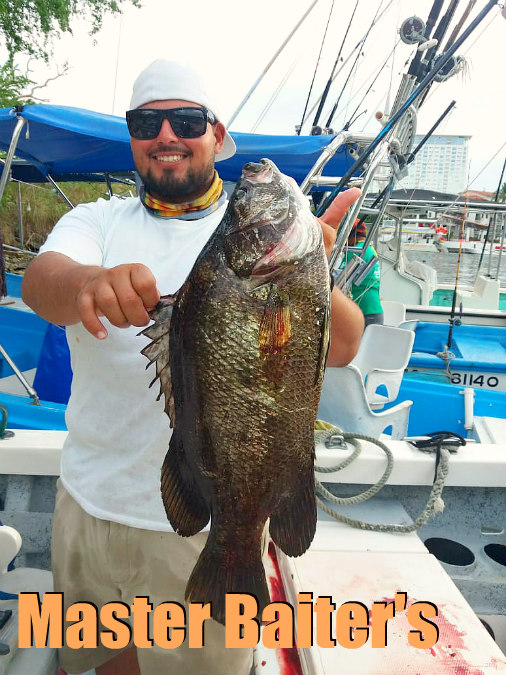 In the bay frankly the fishing can be better than what’s happening some days at Corbetena. Dorado are still around areas like Los Arcos, getting smaller in size though. Sailfish are being boated daily by La Cruz Marina as are Jack Crevalls, their home base. Snapper for the structure fishing guys. Sea Bass are starting to show up at about 10 lbs but will soon be larger. The area down around Cabo Corrientes has had some great action so don’t be afraid to wander a bit amigos.

The bite is still late, strange but even with a mostly full moon the tides are still keep it about 10 to 11 in the morning so no need to beat the chickens up in the morning. With massive amounts of bait it’s hard to make a call. But there are “clouds” of red and black Krill squids, so Hoochies of this color would be a good place to start. Gucamayos and Iguana lures that mimic Dorado are a good place to start with lures, but Google eyes are working well. Blue and white lures should not be forgotten with all the flying fish in the area. Water temps are still at the 76 degree range and soon will be dropping ultimately to about 70 degrees. 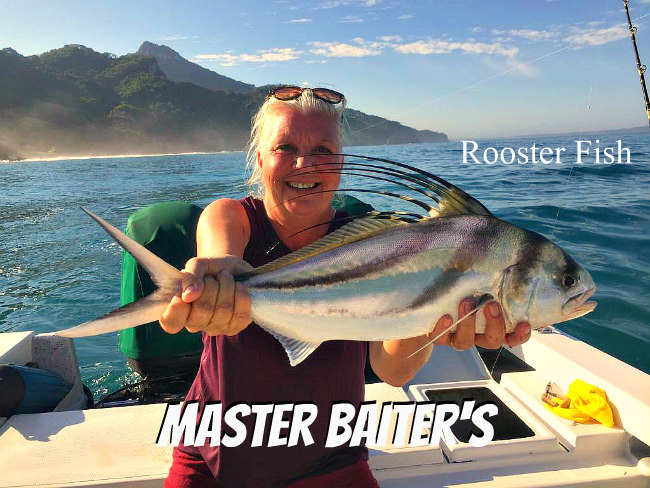 We’ve had some great success matching people up on our shared Super Panga program. It’s still the best fishing deal in PV! Looking for a fishing Deal? If you’re here in Puerto Vallarta, we’ll “Hook U Up” with others looking for the same thing. Eight hours in a super Panga, half the boat, each half a max of two people, $275 usd, again that’s per half the boat. It’s the best deal in Puerto Vallarta and the book quickly. Taking reservations now. Also, if you’re looking for Tours, consider us your supplier, book a boat, tours and keep it simple.