Well it’s after Easter and the tourism has all but come to a stop. This means for those lucky enough to be here In PV you can have the fishing grounds all to yourself! We’re seeing moving bait, which means moving fish and this goes for all the fishing grounds. Water conditions are great and the potential is high for some Bucket List species that shouldn’t be here or in the area! It’s a perfect time to “own” some of the best fishing grounds in the world!

It’s been a bit of a challenge this week finding fish. The reason for this is naturally fish move and the numbers are beginning to thin a bit. Water temperatures are still hanging at the 72 to 74 degree range. Bait is still super abundant, but moving, that’s the issue, moving bait. Where the fish were yesterday will not be where they are tomorrow. An example of this is the Guayabitos area the other day was on fire. Next day everyone headed to this area and every boat blanked. So distance is no guarantee you’ll find that special species you’re targeting.

Corbetena is alive again with Sailfish and Striped Marlin and of course Jack Crevalls. Eight to ten miles north of the rock you’ll find these beauties. Now don’t expect to find birds and boiling bait balls. For now you’re looking for fins. Find fins, cast a bait, game on. Now if you see boiling bait balls and birds my recommendation is not to ignore those welcome signals! When it comes to Corbetena there isn’t much more to say. Yes there are snappers, but not Cubera’s just normal snappers under ten pounds. Plenty of blue water, for the species here available you’re much better off staying in closer to shore. 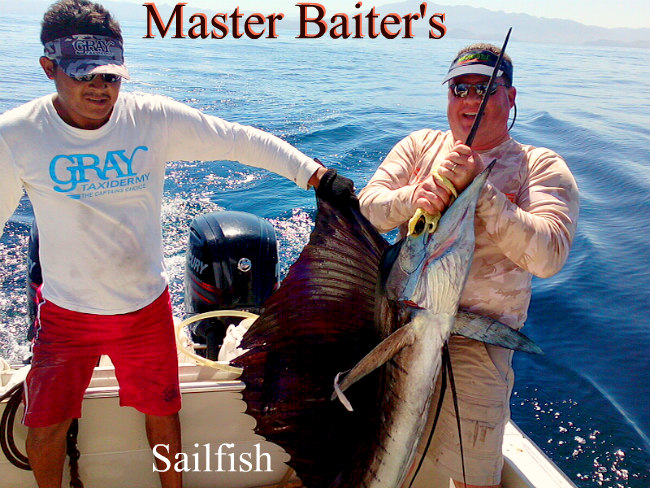 A lot of strangeness around the area from Punta Mita to El Morro. Sailfish are possible around El Morro to Corbetena, but not that likely. You’ll find Dorado at 30 lbs around Punta Mita, but again not likely. Your best chances for Sailfish and Striped are in the Sayulita area. Jack Crevalls are here as well, Skip Jack Tuna aka Skippies and not much else. We’ve seen some spotty dirty water, but nothing to get excited about. For those looking for Sailfish and Striped Marlin the farther north you go the better your chances. A ten hour trip will not guarantee success as in the example earlier. But it’s always a matter of rolling the dice. I’d wait to hear if there has been any increased or decreased action up this way before booking a trip, or call me. 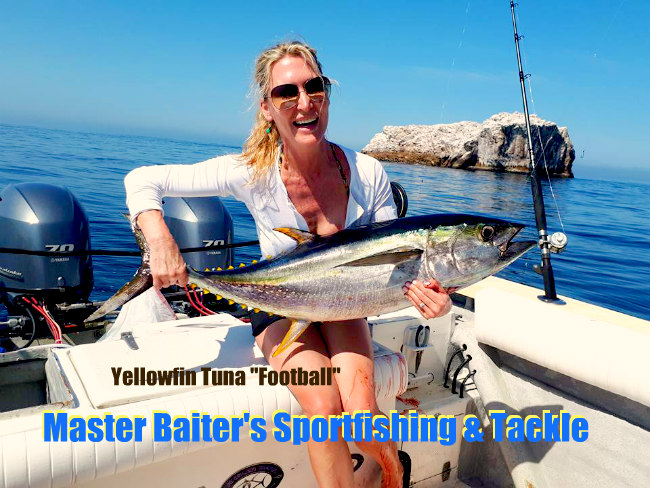 The bay once again is in an interesting situation. Bait is super abundant in the bay and in fact the whole area. For this reason, with warmer water in the shallows and bay, we still have the occasional Sailfish and Striped Marlin. Now this is surprising because this is something that just doesn’t happen, yet it’s been happening now for some time with Sailfish. Stripers is another thing and in fact common knowledge and wisdom says this is a freak thing, that by the way keeps happening. Having said all that your chances of boating a billfish in the bay is about 35%. Not great odds, but the simple fact you have any odds counts for a lot. Plenty of Jack Crevalls in the bay, but they’re moving. Where they were yesterday most likely won’t be where they are today. For this reason you need six hours at the very least to find fish in the bay. Sierra Mackerels are still abundant and great tasting but only running about 12 to 20 lbs. Great tasting and fun to catch on light tackle, don’t pass these up without catching a few. They make great ceviche and better bait. Last week a trolled Mackerel was a sure fire Striper Strike! The grouper we had at the river mouths are now small as things are starting to change. The season is at the beginning part of the annual change. Soon currents will stir up the muck on the bottom of the bay and we’ll see rising water temperatures with raising air temps as well. We’re about six weeks from warmer water and summer species moving in. Welcome to the transition period, it can be frustrating indeed. Plenty of great fishing in the bay and this is always the case amigos.

We’re still seeing a strange and late bite. We had some days with a full moon we were seeing indications of an earlier bite. But that has all changed back again. For the moment going out for four or six hours it would be to your advantage to get out a little later than normal, say 9:00 a.m. would be a good idea. For the eight hour or longer trips you should be leaving the harbor about 7:30 a.m. to hit things right. Water temperatures are still in the mid to lower 70’s, normal for this time of the year, but will be increasing soon. When it comes to bait, believe it or not dead bait is working better than live bait. Rapallas and planers with Hoochies will also work for Sierra Mackerels for bait or food.