Mass Migration of Stingrays
Looking like giant leaves floating in the sea, thousands of Golden Rays are seen here gathering off the coast off Mexico. The spectacular scene was captured as the magnificent creatures made one of their biannual mass migrations to more agreeable waters.
Gliding silently beneath the waves, they turned vast areas of blue water to gold off the northern tip of the Yucatan Peninsula. Sandra Critelli , an amateur photographer, stumbled  across the phenomenon while looking for whale sharks.
She said: ‘It was an unreal image, very difficult to describe. The surface of the water was covered by warm and different shades of gold and looked like a bed of autumn leaves gently moved by the wind.
‘It’s hard to say exactly how many there were, but in the range of a few thousand’

‘We were surrounded by them without seeing the edge of the school and we could see many under the water surface too. I feel very fortunate I was there in the right place at the right time to experience nature at its best’

Measuring up to 7ft (2.1 meters) from wing-tip to wing-tip, Golden rays are also more prosaically known as cow nose rays.
They have long, pointed pectoral fins that separate into two lobes in front of their high-domed heads and give them a cow-like appearance. Despite having poisonous stingers, they are known to be shy and non-threatening when in large schools.
The population in the Gulf of Mexico migrates, in schools of as many as 10,000, clockwise from western Florida to the Yucatan.
Don’t forget to share this with others! Let your friends enjoy the beauty of nature, too! 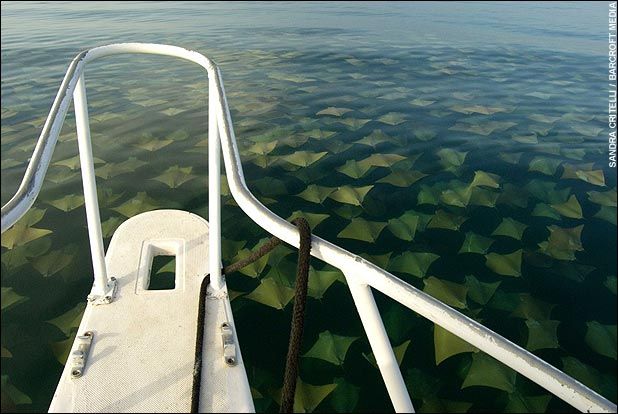 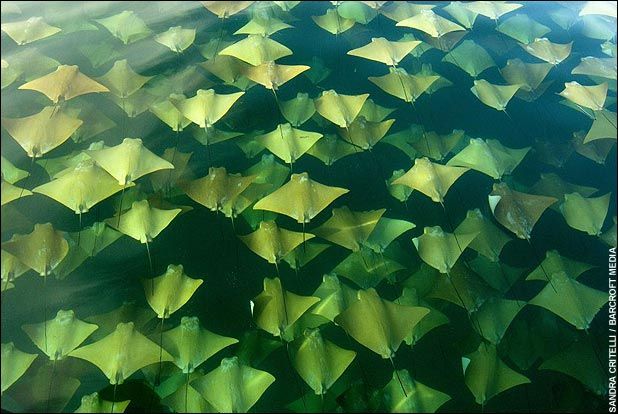 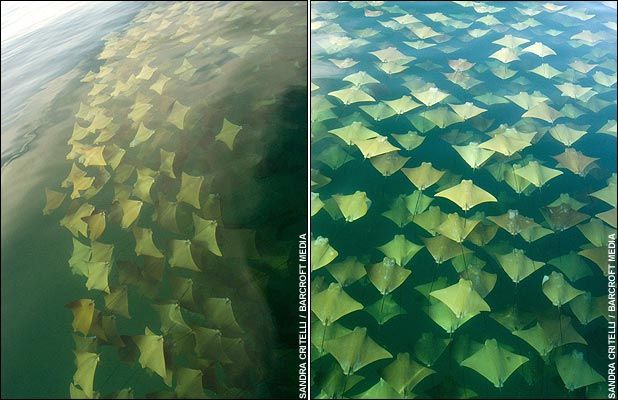 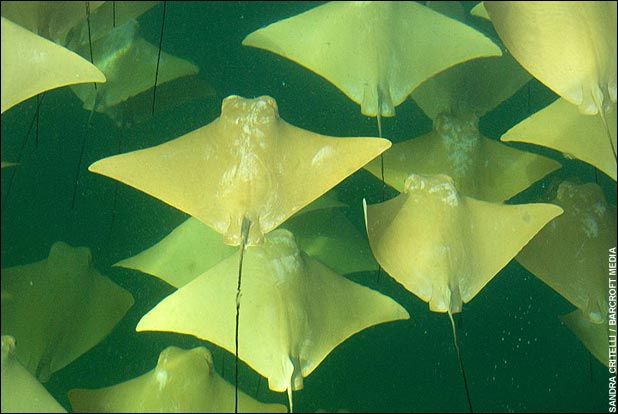