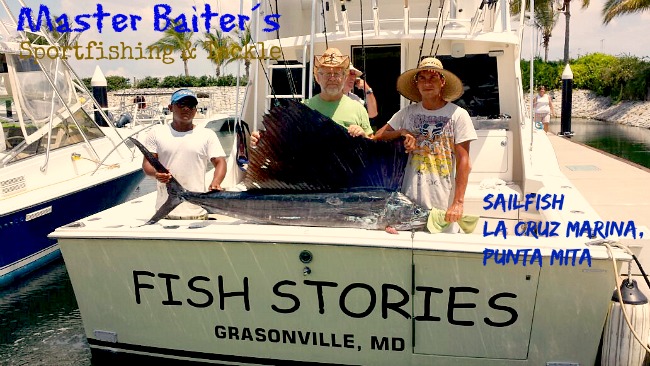 I give up, I am not going to try and make sense of all that is happening in our world famous fishing grounds, right now you´ve got Blue and Striped Marlin, Sailfish, Wahoo, Rooster fish, Snappers, you name it, it´s out there except for Monster Yellowfin Tuna. But be warned, I have never seen the amount and varied types of bait like there is now all over the bay, Corbeteña and El Banco. It´s a roller coaster for sure, but it´s worth the ticket for the ride of a lifetime!

This has to be one of the easiest fishing articles / reports I´ve ever written. Action is coming out of our ears, so in the interest of getting the useable facts first I´m going straight to the chase. Punta Mita is on fire, frenzied fish all over the place and when (not if) you find a churning bait ball the size of a small asteroid! If not then it´s work but it will pay off. Just 2 to 6 miles off the point of Punta Mita in any direction you won´t go wrong, you´ll find Striped Marlin to 275 lbs, Blue Marlin to 500 lbs, Rooster fish from 20 to 60 lbs, Jack Crevalls everywhere to 50 lbs or larger, Wahoo at 60ish lbs everywhere and I mean everywhere, Sailfish, Snappers to 35 lbs so thick they´re turning the sea red in huge, monstrous schools! Yes folks the fishing is great, but like every great thing, there is always a down side. Believe it or not there is so much bait out there, varied types that are changing daily that it will make your scratch your head wondering which bait or jig to use. Coming across a bait ball is your best bet, just cast a jig or live bait in the middle of the bait ball and rig yourself for some arm burning action! Especially Rooster fish frenzies, which are running for the most part with Red Snappers to 35 lbs in a ¨second layer¨ so to speak. Snappers are just under the Rooster fish and if you can get your bait below the Roosters, which is almost silly to think about, you´ll start banging Snappers faster than my wife runs to the mall with that new credit card she got in the mail!! It´s really the best fishing I´ve seen in the middle of winter fishing, ever! Now don´t get your panties in a bunch, but if you aren´t casting into a bait boil, then you´re working it out there. Snappers are hugely abundant, but they´re not exactly taking baits if not in a frenzy. This will change soon, just be patient. Sailfish, yes they´re lounging around out there on the surface in the same area, if you cast bait at them you have a 50 / 50 chance they´ll take it. If not, then you can start pulling your hair out and you´d be justified. You may ask why this is happening, well it´s bait and they´re digesting, just that simple, they´re stuffed like a Christmas Turkey! So you may ask what the plan is, well it´s all about the bite. For the moment, the bite is around mid day, maybe a little earlier, but the time you read this article it will be moving earlier, but sleep in, catch fish, that works for me. Since you´re in the same ¨neighborhood¨ the Marietta Islands are happening as well, but since it´s the same time and distance, with more options at Punta Mita, why waist the effort, it´s a ¨No Brainer¨! 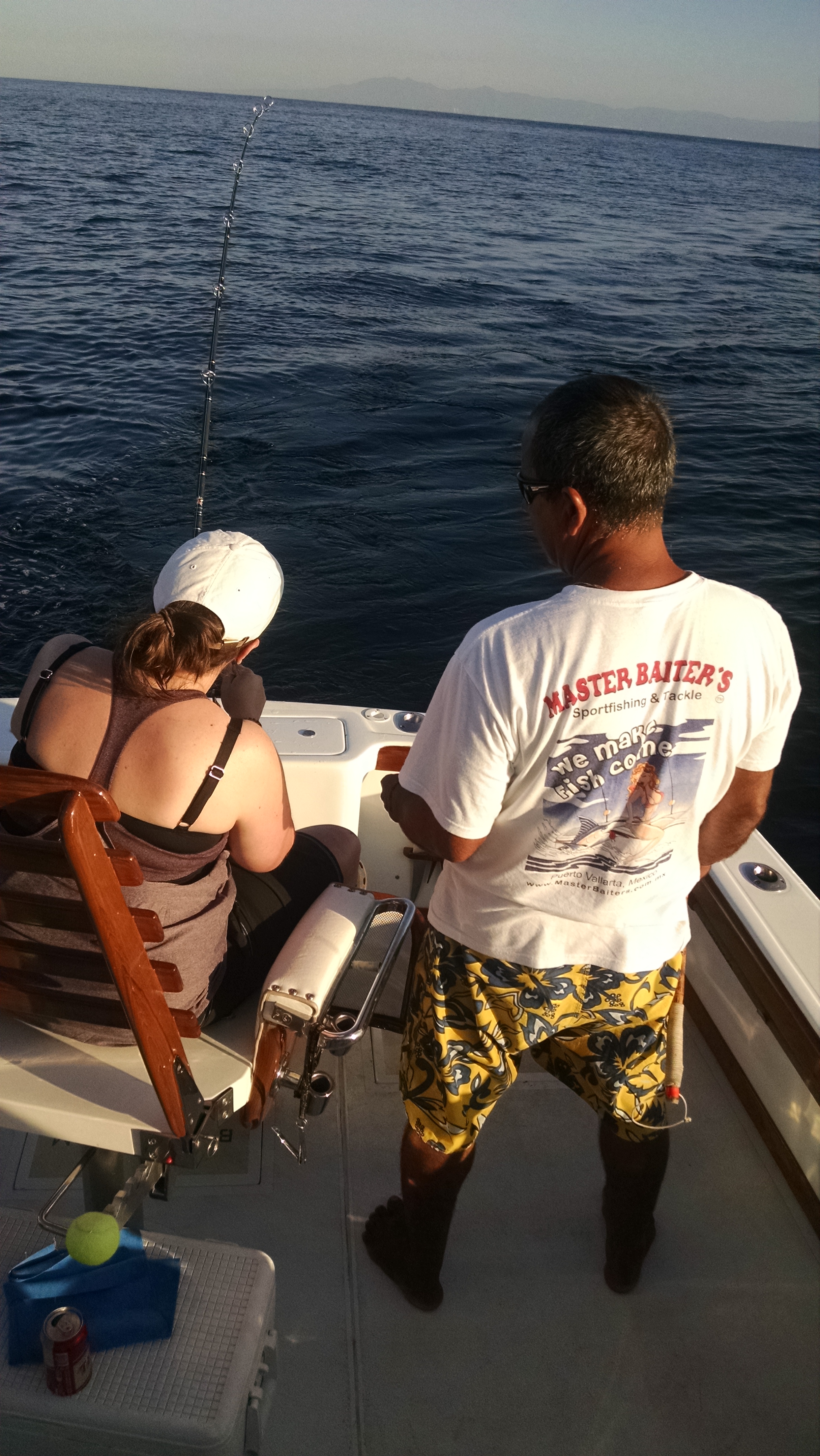 Wahoo are at all the locations, running wire leader for some reason right now will not help your cause, but if you’re running Mono leader, they´ll hit that, but you´ll need a little help from the fish gods to get that hook in the corner of their mouth or you´ll lose that lure or dead bait they´re hitting, no kidding, tons of live bait and Wahoo are hitting lures and dead bait, go figure. They´re anywhere from behind El Morro to Corbeteña and up to El Banco. Worth the time, but bring plenty of bait and be ready to lose lures, nobody said fishing was cheap amigo.

Corbeteña and El Banco: Sailfish, Blue Marlin, Wahoo, Jack Crevalls, I never thought I´d suggest an eight hour trip to get the same species, but there you are. Worth the distance and the fuel dollar, but why when you can do it all in eight hour which is cheaper all around! There are Yellowfin Tuna in the area, but they´re footballs like you´d expect at this time of the year, for me, Punta Mita is the obvious choice, but then again I´m a Rooster Fish guy! 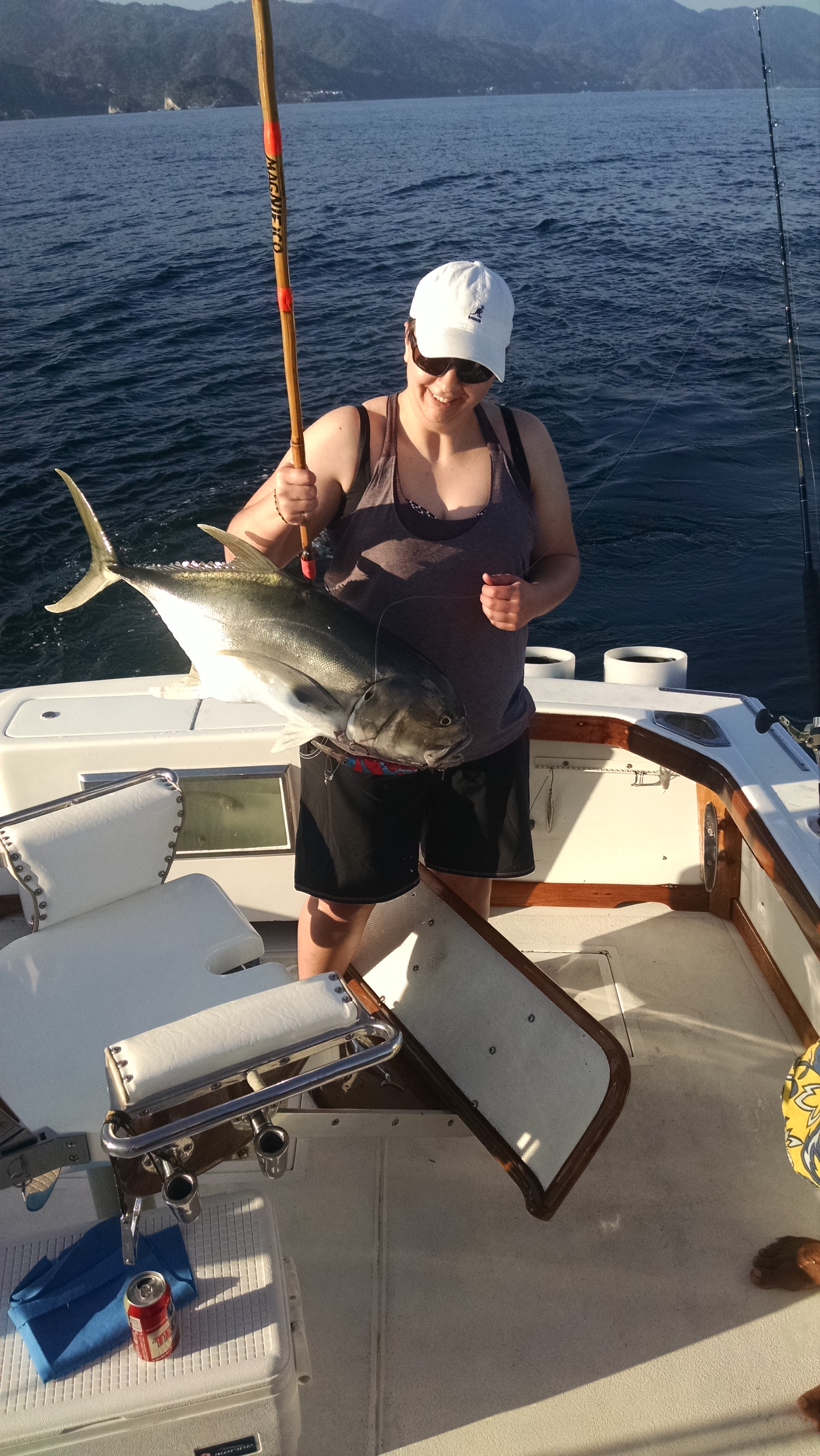 Inside the bay, it´s great fishing, amazing in fact. Jack Crevalls and all the other players are just a mile or two outside of Marina Vallarta, a four hour fishing trips will blow your mind. They´re even caught Sailfish in the bay this week at Los Arcos. Huge Jack Crevalls, Skip jack Tuna, Bonito, Snappers, all these species in the same size ranges as mentioned earlier. Again, you can´t go wrong.

Bait: It´s insane with the different baits out there. Flying fish are in the 16 inch range, Sardines by the billions, Bullet Bonito, Squids with Shells, Goggle Eyes, Blue runners, Red Crabs at El Banco and Corbeteña. Even Jelly fish, which is what I think the Sailfish are stuffing themselves with are anywhere from the size of a golf ball to a basket ball. Keep this in mind if snorkeling around the islands or Los Arcos!

Water Temperatures are still 75 degrees out of the bay, 72 in the bay. Doesn´t seem to matter to these fish lately with all the bait there… Bottom line, get out there NOW, short trip, long trip for bigger fish, any trip is catching fish, sin Dorado but they´re out there also. Have fun and look for me out there as well amigos…. Out of space so we´re done! 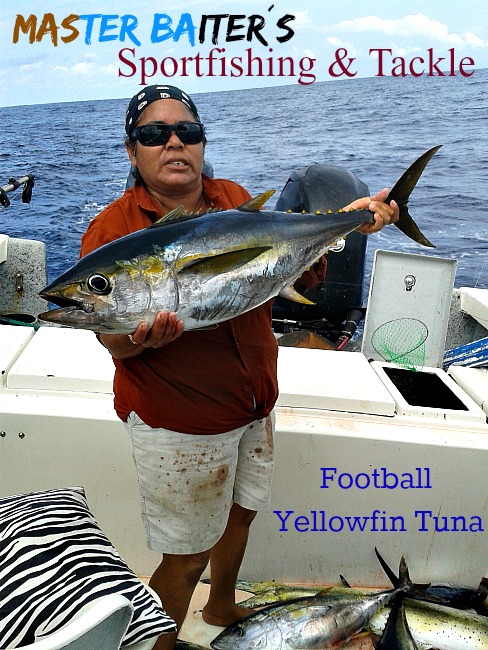 Master Baiter´s now has a small fleet, two boats, more coming to support my Buceras, Punta Mita, Sayulita, Litubu and associated areas with Fishing charters. If you´re at the Four Seasons, Regency or any of the other hotels, you can save at least half on their pricing for a superior ¨Master Baiter´s¨ boat and captain.

Look for our new store in el Centro on Basillio Badillo… See my FaceBook Page for pictures and please like, you´ll get special information and offers others don´t see unless you´ve decided to ¨Like¨ me…  https://www.facebook.com/pages/Master-Baiters-Sportfishing-Tackle/88817121325?ref=hl

We´re looking for a new location in Sayulita for a new shop to support the many clients looking for our world famos fishing T-shirts, Koozies, hats and more… Opening soon, Stay tuned!