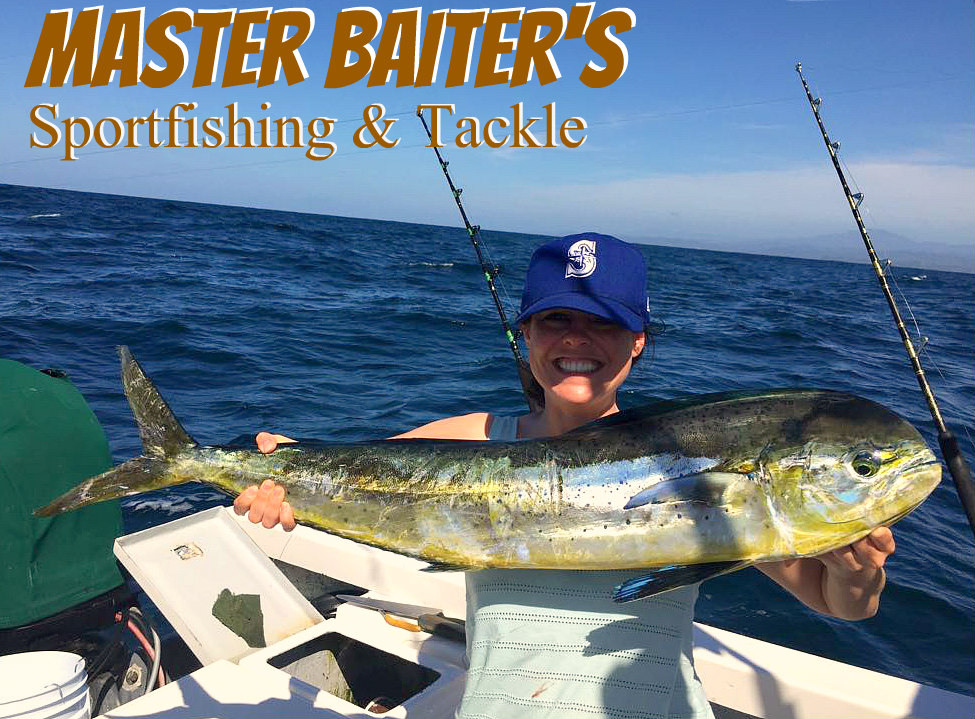 It’s been real head scratcher out there. We have fish, but they’re spread out thin. Outside of the bay are perfect fishing conditions, yet it’s thin. Bait is not an issue, everything is perfect if you’re a fish. But of course logic when you’re a fish doesn’t quite work like Fisherman’s desires logic. What does that mean, well what would make sense to a fisherman, doesn’t quite work for them. So for now the fishing is good, but we have to put in a few “caveats” which brings me to the rest of the article.

First water temperatures at the deep water fishing grounds of Corbetena and El Banco are a perfect 85 degrees with blue water. Bait is super abundant so no issues there. So what’s happening, early season is what it’s all about. We can never really predict anything that’s going to happen, we can analyze and hope for the best and right now that’s what we’re doing. For now Corbetena has seen Sailfish to the north, how far is the question. Blue and Black Marlin from 200 to 600 lbs are in the area for the lucky. Yellowfin Tuna for the most part are barely over 30 lbs if lucky. Anything can happen at any minute so don’t be discouraged, just remember fishing is a “risk” sport. So if coming in empty handed after taking the risk to catch your “bucket list fish” then a ten or twelve hour fishing trip may not be right for you. For the guy who wants to take a shot at fish bigger than your car, then you’re the guy I’m talking to here. People are boating fish daily, but not all the boats are catching fish so do a gut check and act accordingly. 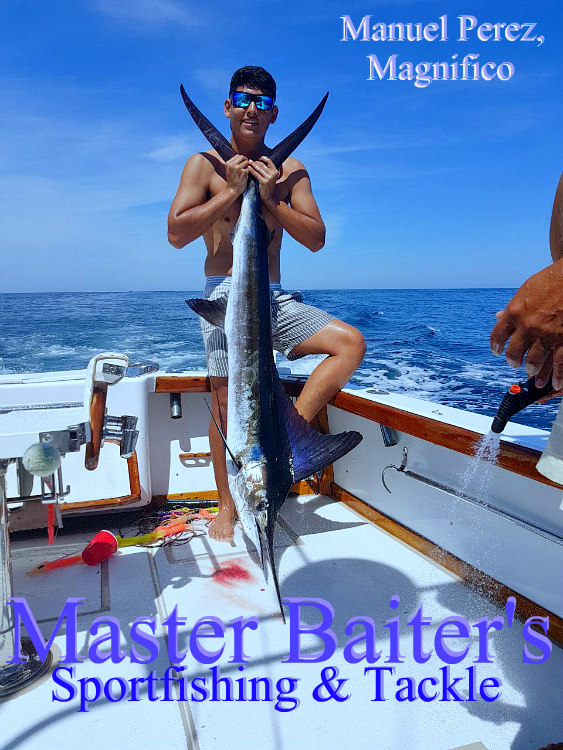 The area around the Marietta Islands have once again this week been less than exciting. Perfect water conditions, plenty of bait and yet we’re not seeing fish move into the area. For now Jack Crevalls are thinning out, but they’re still there. Bonito to 25 lbs, Sierra Mackerels at 15 lbs but in thin numbers. Reef fish naturally. With some luck heading south to El Morro there have been Sailfish sightings, few being boated, it’s thin fishing. Some Blue Marlin have been caught six miles off the Punta Mita Point for the lucky. Also the Buoys at Punta Mita have seen some Dorado to 20 lbs but be warned most are around ten pounds and should be thrown back! Possible Sailfish and that’s about it. There are massive bait balls with Blue runners, Sardines, Bullet Bonito, Goggle Eyes and the long list goes on. When we see perfectfishing conditions yet no fish, this normally doesn’t last for long. Stay tuned. 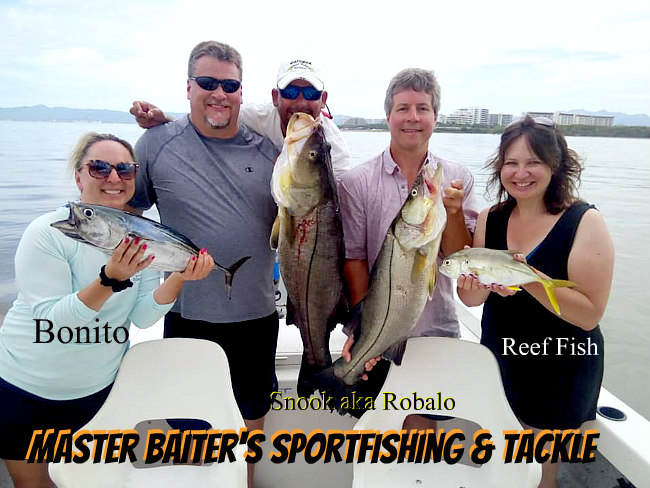 Inside the bay with the seasonal rains we’ve had some shallow dirty water conditions which of course means we have the trash line. Around Sayulita there have been some Sailfish boated and there have been Dorado at 20 lbs. Not many, just a few, lots of babies, but again, fishing is thin and spread out. Of course you’ve got the same happening at Los Arcos as well with the possibility of smaller Football Tuna. The Trash line has helped bring smaller fish feeding off the “trash” of twigs, seeds, leaves etc. That’s one reason we have better number of Sailfish in the bay. Jack Crevalls are still around at 35 lbs, but they are a winter species so they’re “thinning” as well. Bonito of course from 15 to 30 lbs, Skip Jack Tuna, Sierra Mackerels are thin as well but there. A bit of good news is there are Snook around the shoreline and in areas of “Agua Dulce” or sweetwater aka fresh river water. Some boats this week had some issues getting fish to bite. It’s a “Roller Coaster” all over, patience is a virtue. 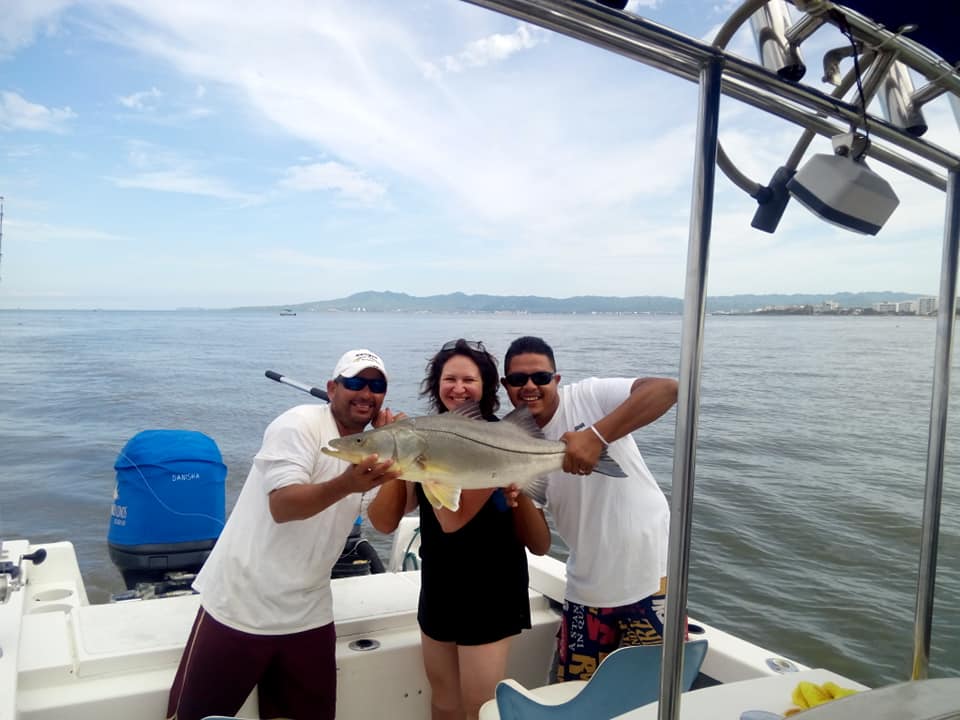 Some of this is the bait abundance, the other part is the late bite. It was early last week, now it’s late morning to mid-day. Leaving too early, even on an eight hour trip will find several hours of wasted trolling. So save your fishing time for when your chances of catching something is best. Now bait again, which bait to use? For now it’s a moving target. Everyone is going through their “bag of tricks” aka lures, looking for the correct color. The simple fact is many times dead bait works better than live bait when bait is super abundant. I could be wrong, just ask my ex-wife. But to be upfront many of the boats this week caught fish coming back into the bay! So you just have to try everything. Lures I’d start with Dorado colors like Iguanas. With six inch Sardines I’d also run a silver diamond jig as well. After that it’s a process of elimination. It’s a short report this week, but don’t be discouraged. First the bait, perfect conditions then “they” come. It happens like this every year, so be patient things will get to summer levels soon.

Master Baiter’s now has two locations, one in Marina Vallarta and the other on the Malecon, next to Sr. Frogs under Murphy’s Bar. We can save you some money on tours and are willing to always answer any questions you may have. Buy you’ll have to buy your timeshare somewhere else!

Remember at Master Baiter’s, We won’t Jerk you around!