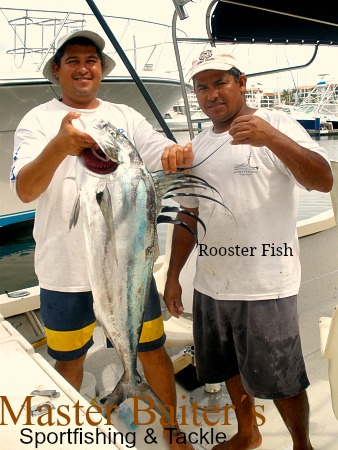 Alright, flat out the season has been strange because of the water temperatures. Normal currents and water temps seem to be changing yearly, you could throw the words ¨El Nino or La Nina¨ out there and they would fit. Looking at the middle of April and having water temperatures at or over 78 degrees that should be around 72 degrees has a serious impact on YOUR fishing.  Rumors of a ¨La Nina¨ year or a year where the water is cooler than normal have been floating around the internet. I believe it´s too early make a call like that, but it´s possible. For now we´re seeing the fishing loosen up a little as the love crazy fish looking to breed are beginning to take baits again and act a little more like we´d expect them to.

As I mentioned earlier Fishing has picked up this week as fish are taking their stomach pangs seriously now. It seems that the breeding season is coming to an end with signs like Blue marlin in the 400 lb range taking baits again at Punta Mita. Just like two weeks ago ten miles off the point of Punta Mita is the place to be. Sailfish are also there and they´re big at 100 lbs. No real Wahoo reports this week but with the season moving into low gear fewer boats are going fishing. Wahoo have been in the area around El Morro to Punta Mita and half way to Corbeteña and El Banco. So they were pretty spread out, but again, no reports. Around the corner from the point is Sayulita which finally is seeing abundant Rooster Fish 30 to 45 lbs or larger are taking baits once again. Great fighters, you´ll be amazed at the power these fish present. 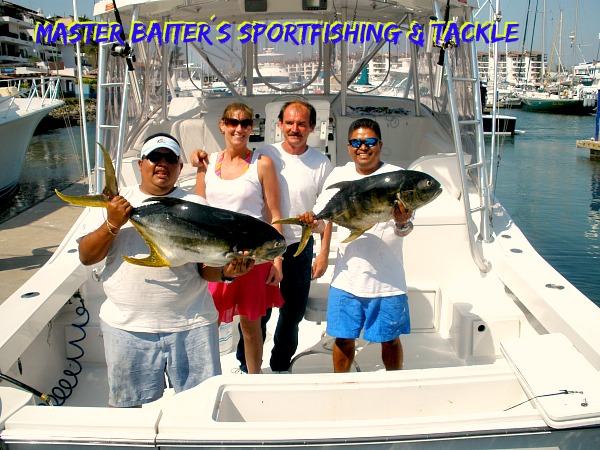 Around the Marietta Islands not too much, your basic Bonito in the 35 lb range, Skip jack Tuna for bait and fun smaller game for the kids. Snappers are running small around the point in the 10 to 15 lb range. But if you´re at El Morro, the Snappers are running in the 30 lb range. Pompano have pretty much moved out for now, but Jack Crevalls 35 to 45 lbs are everywhere and they´re taking baits like a machine. Normally the Marietta Islands are more active than what we´ve seen this year. There have been lots of Snappers around the area between Punta Mita Point and El Morro includes the Marietta Islands so you could get lucky, keep an open eye for diving birds, it puts a smile on your face!

Corbetena is seeing Sailfish and Striped Marlin in the 300 lb range for now. Cubera Snappers to 55 lbs for the jiggers. And for the Yellowfin Tuna gang they´re seeing larger Football Tuna running in the 60 lb range.  Large for footballs and abundant, so ten hours might be worth your fuel dollar and time. Blue Marlin, Wahoo and Jack Cravalls are all possible. To have Marlin and possible Wahoo, with Sailfish in April is unusual, but welcome if you are in the area.

El Banco, pretty much nothing happening at El Banco for now. You do have a shot at Marlin and Sailfish. No real mention or sightings of Tuna at El Banco but this can change with the roller coaster fishing season we´re having. Cubera Snappers at 55 lbs, Sailfish, Marlin, you´d be better off closer in at Punta Mita for the easy game… so to speak. But this could turn for the better before you finish reading this! 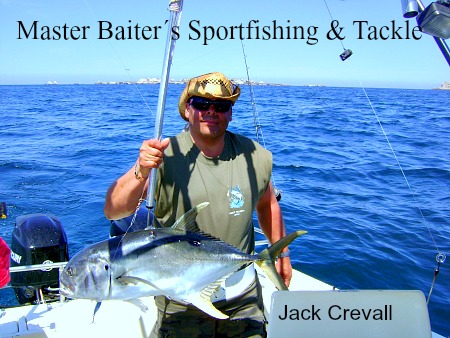 Inside the bay, it´s alive and pumping. Skip jack Tuna everywhere, Snappers around the bay is spots, smaller and under 20 lbs. Sierra Mackerals are still a tasty option but smaller running mostly around 15 lbs or smaller. Bonito, Jack Crevalls, Snook at the river mouths and a host of other players just waiting for you to arrive amigo….

Water temps are still over 78 degrees which makes us think we´ll be seeing warm water from this point forward as we enter summer! Still plenty of bait in the form of flying fish, Goggle eyes, Sardines for the Roosters interest, Squids are still around but thinning out and a host of other players that have been overly abundant the whole season. With hungry fish again, food is more important as the ¨love¨ hang-over fades.