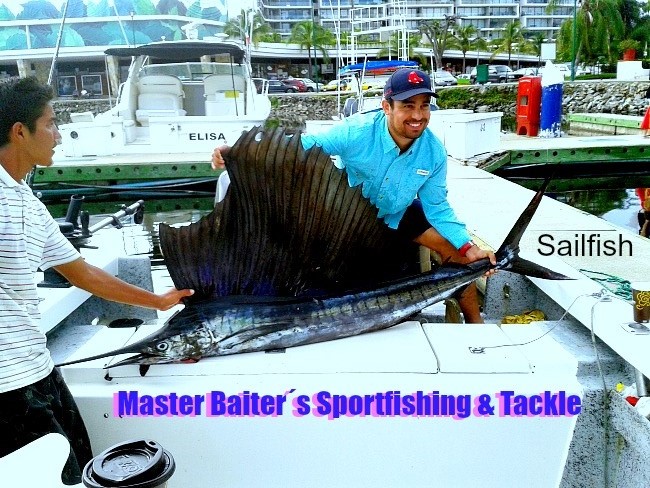 As we enter July I think it´s safe to say we´re finally into the summer season with expectations of Summer Species like Sailfish, Dorado, Marlin and Tuna to satisfy bucket list fantasies for thousands of visiting anglers. While it is still early in the summer fishing season (High Season for fishing) here in PV we have what the world class fishing enthusiast are looking for. Yellowfin Tuna are still in the 40 to 60 lb sizes. Take your pick of Black Marlin or Blue Marlin they´re both picking up in numbers and taking baits daily. Deserted Fishing Grounds means whatever is out there will be looking at your baits, let’s hope they ¨bite¨.

Well we´re looking at another week where the ¨lucky¨ one is the guy who showed up! With tourism down as the heat increases in Puerto Vallarta this is exactly when the serious Big Game fisherman wants to be here in our famous fishing grounds. It´s been wide open and those who do make it out on the water are catching trophy sized fish. Now picture yourself as the only boat in the area with species like this waiting for someone to show up. This is the exact situation here and now. Unusual, not so unusual from the last few years. With warm water conditions and plenty of bait these Trophy Billfish are closer in than you might expect, which of course means less fuel or as it actually equates to, less fuel buck for your ¨Fish Fix¨.

Corbeteña has once again produced Black Marlin in the 500 to 600 lb range and again are being boated by those who are in the game. Blue Marlin are 250 lbs or so and Yellowfin Tuna, the Footballs we´ve been discussing so much are jumping all around the rock this week. Sailfish are abundant and nice sized as well in the 100 lb range. No Wahoo this week, but the Cubera Snappers for the jiggers are still running 55 lbs. Cubera Snappers are taking trolled and jigged bait at will! Cuberas are always at Corbeteña and can be counted on, but you may be jigging. Dorado are not here as well, we´ve been looking for them, especially since the smaller Dorado have been here for weeks now, it´s time for the parents to show up… stay tuned.  Blue Water, perfect seas, perfect conditions, what else do you need? 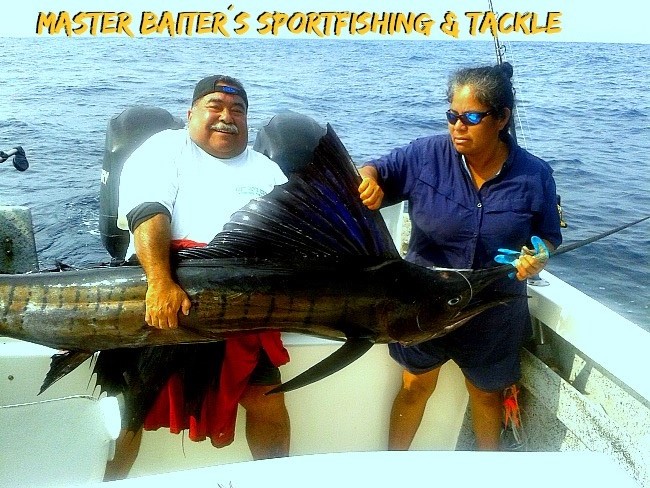 El Banco is where you´ll find the same 40 to 60 lb Yellowfin Tuna Footballs. Nothing in the larger ranges this week, but there are still some YF Tuna in the 100 lb range. Be patient, it´s still early for larger Yellowfin tuna at El Banco and the Rock. But I will say this, with strange water temperatures and currents we could see Monsters move in with no warning. Sailfish are also at El Banco and ten miles north fo the hig spots there have been Sailfish by the hundreds. Pepino described them as being ¨Like Ants¨.  Black Marlin in the 500 to 600 lb range just like Corbeteña. Blue Marlin to 250 lbs. basically much the same as last week, but better! We´re still looking for Dorado to turn up. Your biggest motivation to head to El Banco would be the species size. They´re always bigger at The Bank, the only problem is when  you can get the same species closer in, a few pounds smaller may be well worth the saving on fuel expense. So it´s something to consider.

Tres Maria Islands aka Isla Marias, well if you´re heading out to this distant fishing ground you may just find the fishing better around el Banco and Corbeteña. Last report i got was there were no Yellowfin at the Marias, a long haul for nothing. Give it a few days and things could change, who knows. 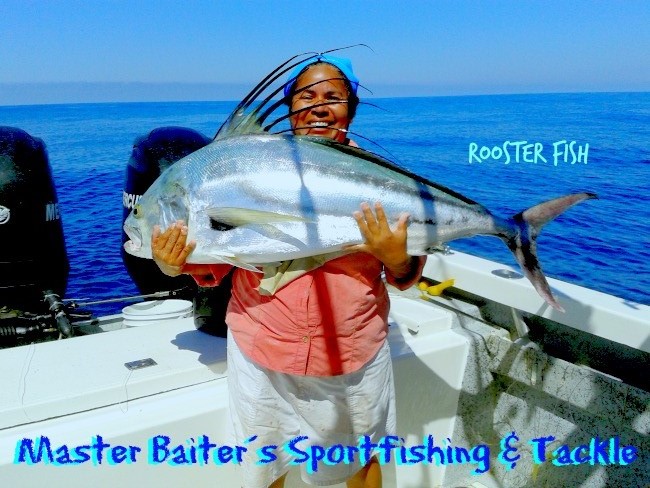 Anywhere from Punta Mita, to the Marietta Islands and El Morro will find the three main species we´re seeing right now. So why head to the deep water locations of El Banco or Corbeteña when you can head out 28 miles and have access to the same fish. Blue Marlin are being boated as little as ten to twelve miles off Punta Mita, no kidding. Sailfish are all around El Morro and off the Marietta Islands. Punta Mita north is full of Sailfish as well. Dorado in the area are between El Morro and the point off Punta Mita as well as any buoy you might be able to find. Snapper are in the area, anywhere from 15 to 35 lbs. And of course there are always the lesser species that can make your day like Skip jack Tuna, Needle Fish and Bonita. For my fuel dollar an eight hour trip right now will do the job, get the same spices as the deep water locations and save enough money to take the ¨little woman¨ out to dinner.  That is if she didn´t already spend the savings in a local spa! Small Dorado are here, Rooster fish shots as well. If targeting Rooster fish, running trolled Goggle eyes may not do the trick. For the moment Roosters are here, but I´d run a bullet Bonito or baby Skip Jack that looks like a bullet. It will increase your odds significantly. But they do show up and just the other day there was a sixty incher boated, so there are some happy angles hitting unexpected species.

Inside the bay  we´re still seeing heavy concentrations of Bonito and Skip jack Tuna. We´re seeing Baby Skip Jack Tuna the size of Bullet Bonita all around the bay. This is drawing in larger fish like some Football tuna and believe it or not several locations in the bay are seeing Sailfish chase this bait smorgasbord around the bay. Robalo are still in the bay, we don´t talk much about this white meat fish, but the locals love their flavor and strength. You´ll find them for now at the river mouths, running 30 to 35 lbs. Robalo prefer the ¨agua dulce¨ or sweet fresh water from rains in the mountains and inland. Snapper are always in front of the river mouths as well. Around Nuevo Vallarta we´re seeing Jack Crevalls, normally a winter species we´re seeing decent numbers hanging in this area. Needle fish are starting to move into the bay from the islands. The seasonal rains are late this year but we´re seeing full rivers with all the rain Mexico has been having in Guadalajara. So there is plenty of organic type food stuff of leaves, seeds, twigs that Robalo love so much. Great tasting fish, they will hit anything shiny and are a favorite for my Fly Fishing Clients. Near Yelapa you have the possibility of Football sized Yellowfin Tuna. Sailfish are cruising the area, but lately they´re around the Los Arcos area, so anything is possible. I even got a report of a smaller Blue Marlin in the 125 lb range in the bay as well. The abundant bait in the area, especially inside the bay is drawing larger fish closer in. 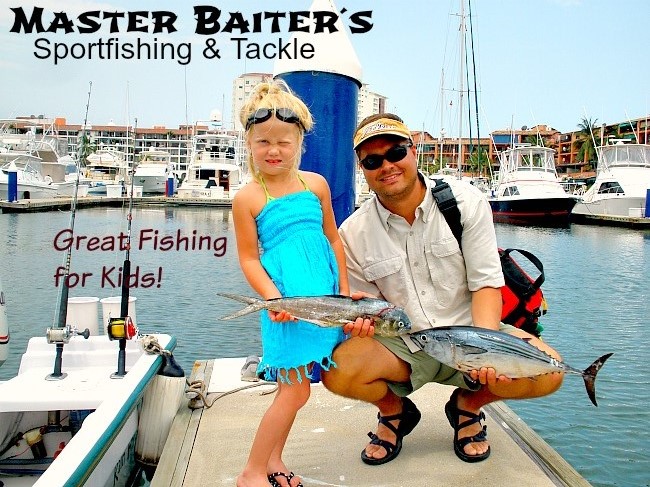 Water temps are still in the 86 or warmer degrees inside the bay, about right. Outside the bay the water temps are at 85 degrees, perfect if you ask me. Of course last week we were seeing 88 degree temps so the drop in temp is welcome. Morning hours and evening hours the surface temps in the bay are a little cooler and we´ll find more fish feeding on the surface early morning and later afternoon until we have the seasonal rains. One thing to be aware of, when water temperatures are elevated YF tuna will go deep where the temperature will drop considerably to balance their body temperatures. So boats without functioning Downriggers and electronics that show temperature breaks will be at a disadvantage. An experienced captain will be key to your fishing day. So remember, the cheaper captains are cheap for a reason. . .  Fishing is great and getting better by the day, so get on the water if you can or just keep reading and sharing these reports with your friends.

If you´d like to receive this report in my weekly news letter directly as soon as I finish it then fire me an email at: MasterBaitersPV@gmail.com and we´ll put you on the list. I started putting my favorite places to visit in PV at the bottom of the letter for the fun of it. Nobody pays me for this, it´s just I like to promote places you may not know of unless I told you about them…. So just ask and it´s a done deal!