Well after a week of almost perfect conditions things have taken a step back, not bad, but not like last week. Marlin, Sailfish, Dorado are all still doing their thing in our World Famous Fishing grounds, but now, little by little we´re seeing Yellowfin tuna moving in over 100 lbs, but don´t get excited, nothing is automatic right now. Still the fishing is great and as we come into the holiday season you couldn´t ask for much more!

Ok, let´s start at the deep water locations of Corbeteña and El Banco. Corbeteña has been hot one day, cold the next, you don´t really know what you´re going to get in the ten and twelve hour distances presently. Yellowfin Tuna are in and out at the rock. Running 60 to 150 lbs the ¨lucky¨ are hooking up. Sailfish are off the rock and closer in toward the point of Punta Mita like they have been for weeks now. Sailfish are nice sized and the Dorado are in the 40 lb range. Plenty of Skip Jack Tuna as bait, Jack Crevalls all over the area. Cubera Snappers over 50 lbs are coming out of their holes and still taking trolled baits.  With the hot and cold swings at the rock, I would think twice before committing my fuel dollars. The good news is, you can take the shot, if it isn´t working, come back in closer for easier ¨game¨.  El Banco has been a little better than the Rock, but not much. Marlin from 250 lbs to over 600 lbs will make the optimist head to this area and a little north of the high spots. There seem to be greater numbers of Blue Marlin in the area, so check the reports, you´ll need to make a decision! 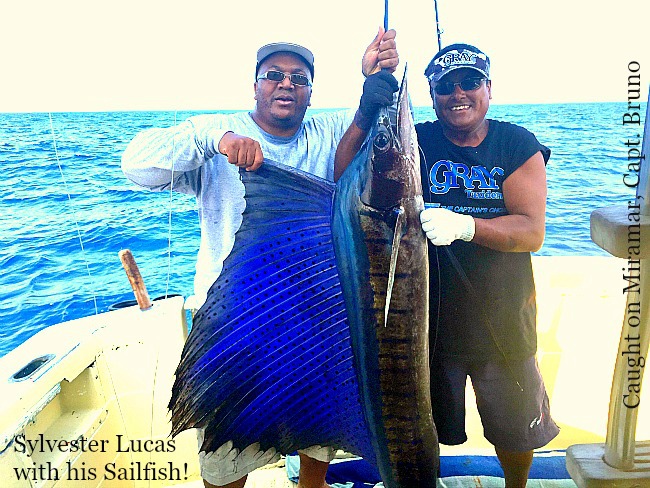 The Marietta Islands are still being a little disappointing, but just a few miles south is El Morro is seeing Sailfish and not too far off this Island they´ve boated smaller Blue Marlin this past week. This is the pattern, Marlin and Sailfish, even Dorado are hanging out closer to the bay with all the bait concentrated in closer. Jack Crevalls to 50 lbs can blow your mind if you don´t consider them a ¨trash¨ fish. Bonito to 50 lbs, Smaller Dorado to 25 lbs. All and all maybe not your best option.

The point off Punta Mita is still the place to be. A few weeks ago PV´s Marlin and Sailfish tournament´s Marlin was boated just 15 miles off the point and most of the fishing was happening in this area, not El Banco and not Corbeteña, so that should say something to you and little has changed. Dorado over 50 lbs is possible, seen a few this week! 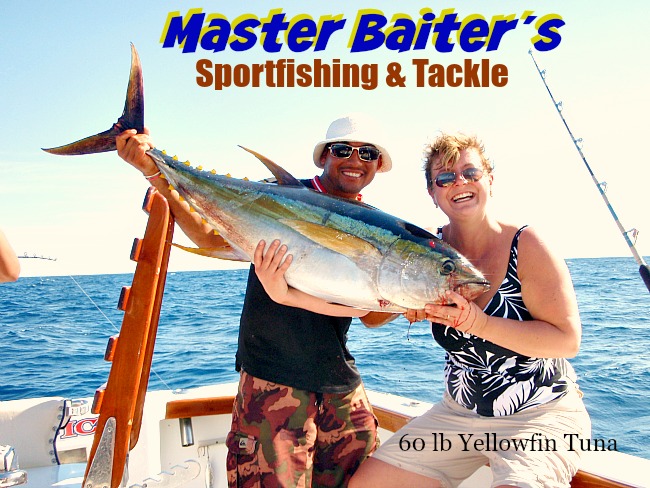 Inside the bay, well the fishing is surprisingly great. Sailfish are at the La Cruz area and several Hook-Ups have been happening around Los Arcos. Tons of Skip Jack Tuna at 6 lbs which is huge for this species. Snook possible around the river mouths, Jack Crevalls are huge around La Cruz. Bonito to 35 lbs, Football Tuna around Yelapa and did I say Dorado are all over the place and good sized from 20 to over 40 lbs, just depends on what you come across.

The Bite this week is very important, it´s been in the later hours so getting up too early will not help your cause amigo. The bite has been happening after 2:00 PM with almost no morning bite. We´re in full moon phase, so if you´re targeting Yellowfin Tuna, you better be up before the chickens and you may have a shot before sun up! Lures: it´s all about Purple with red skirts. Just that simple, those Red Tuna Crabs are still around and the Skippies are stuffed with them. So you could expect the same from the deep water locations if targeting YF Tuna. Water Temps are still at 85 degrees, but with YF Tuna moving is it suggest cooling currents coming down from the north. So we could be in luck shortly and see all of our fish which have been vacationing in Southern Cal moving back into their normal summer neighborhood! 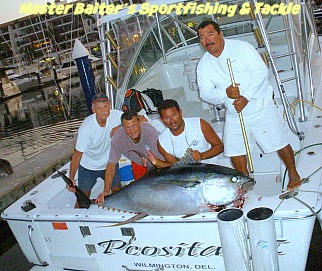 I am continuing with my MBTV Video Fishing Reports which are very popular and a second report in the end of the week after we publish this report earlier in the week. So there is now no reason not to be up to the minute for fishing conditions!  Shared fishing charters: if you get me your name and hotel you´ll be at I can try and Hook-U-Up with others looking to share a fishing trip. We´re matching up eight and ten hour clients on either a super panga or Magnifico / Mama Sita. Don’t wait until you arrive because it makes it very difficult to match people up after the fact. People can match up easier before coming down. It makes things easier on me and works better all around.