As we enter the best three months of the year here in Puerto Vallarta for world class fishing we’re reminded that PV is considered one of the top ten fishing grounds in the world! As me move out of October we’re seeing the yearly Sailfish invasion. Dorado are picking up unexpectedly in numbers, Marlin are making you work for them, but the simple fact a 400 to 700 lb Marlin could be in your future is a pretty exciting concept. But first you have to get on the water amigos! No more excuses, time to tell the “little woman” you may be going AWOL with Stan this week, it’s ok, she’ll understand… maybe.

We haven’t been talking much about El Banco, the simple fact is Corbetena is closer and with the cost of fuel being a consideration many are looking to Corbetena as their primary fishing grounds. El Banco is always alive with action, sometimes it’s better at Corbetena, other times at El Banco. I always say “they’re bigger at the bank”, but

Corbetena is the primary local fisherman have been choosing. With Black Marlin to 700 lbs, Blue Marlin to 600 lbs, Dorado are not huge, but at 20 to 25 lbs we’ll take ‘em. Yellowfin Tuna have been in and out. The days they’re “in” they can be anywhere from 20 lbs to over 100 lbs. The good news is you’ll normally find at least smaller Tuna in the area. This is important as small Tuna draw in larger Yellowfin Tuna! Sailfish are picking up in numbers, predictable as the sun coming up they take over the area. One issue could be with the recent Hurricane is dirty water, Corbetena is mostly blue water right now to the north of the rock so drop baits there, it won’t take long for something to “strike”. Back to El Banco, anything is possible there and frankly it’s the lone boat that comes in with a memorable day. At this time of the year the longer day trips are where most of the action is.

El Morro, Punta Mita and of course the Marietta Islands have been less than exciting and can’t really tell you what’s going on in this area, but the good news is we have Sailfish and some smaller Dorado at Punta Mita. Many Dorado are not so “small”, look for debris or anything that floats, you’ll find Dorado to 35 lbs!! Sailfish are all over the area, off El Morro there has been an unusual concentration hanging in the area. North of Punta Mita towards Sayulita there has been plenty of blue water and Sailfish are here as well. Also 8 to 12 miles off the point there are Blue and Black Marlin! So you’ve got options. Bonito and Skip Jack Tuna are also cruising the area. So for now an eight hour trip could pay off in plenty of arm burning action amigos. Things could really explode in this area so keep your ears open.

Inside the bay it’s still summer fishing where we need to deal with dirty water, changing currents and of course bait conditions. With the seasonal rains we always have the possibility of dirty water, can’t get around it. It’s normal, we deal with this all the time. So don’t be discouraged, be positive as there are Dorado at 20 lbs around Los Arcos, Sailfish in the bay is not normal, but possible. Yelapa has been seeing smaller Football Tuna at 25 lbs, great eating, fun to catch and perfect sized for family days fishing with the younglings. Bonito to 30 lbs, Sierra mackerels’ are in the bay and running about 15 lbs, great tasting, don’t ignore Sierra Mackerels’ amigos. 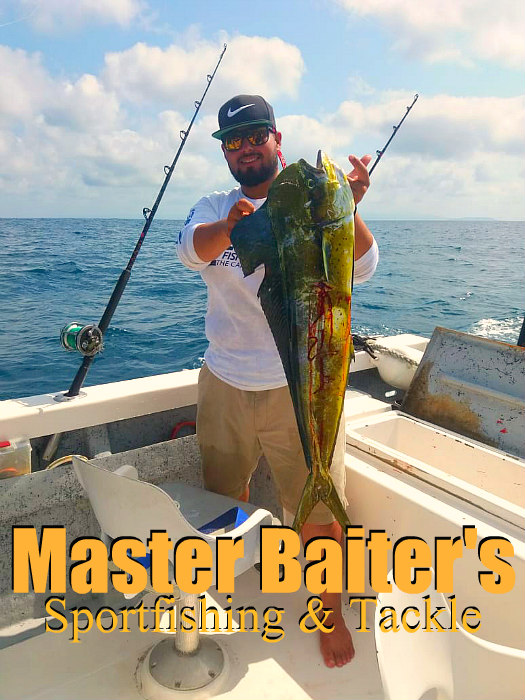 With the heavy rains inland the dirty water locally and in the bay has been concentrated. This is normal for us in PV so don’t be discouraged, just be prepared. Any blue water areas are full of fish amigos, so be patient, and get on the water early! With the full moon doing it’s job we’re seeing the bite happening before 9 in the morning. For many of us this is late, but it is what it is. Be where you want to be before 8 and you’ll have your best shot at boating whatever you’re targeting. We haven’t seen much fluctuation in water temperatures which is a welcome thing. At 84 degrees this is considered perfect! The live bait situation is incredible! No bait issues, but like always if running lures, Blue lures and purple lures are working well.