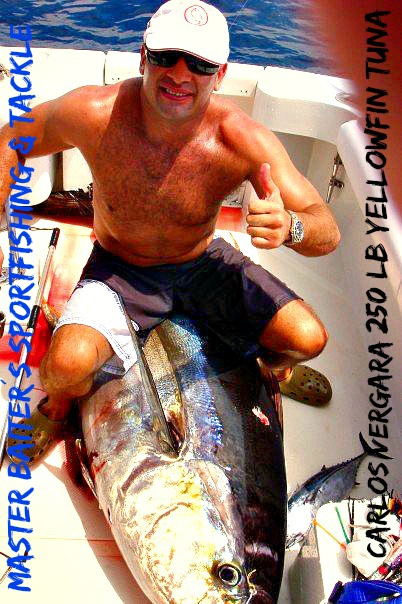 High Season fishing in the middle of an out of control El Nino can be interesting, and challenging. More challenging than normal I should say. Normally we´ll have specific areas with specific species and circumstance but all that is out the window this year. Water temperatures in California to Oregon are still elevated so many of our ¨fish¨ are on vacation in Southern Calif. We´re seeing seriously great fishing and it doesn´t really matter where you go, lots and lots of fish with lots and lots of bait, blue water and sore arms to go around. Puerto Vallarta has once again turned into Fish City!

Right now, get in a boat and go anywhere, you´ll find fish! Corbeteña is a hot spot, finally, with Marlin to 500 or more pounds, Sailfish around 100 lbs, Dorado 30 to 50 lbs, Cubera Snappers to 55 lbs, Wahoo at 40 lbs, Jacks Crevalls are back and good sized up to 50 lbs., and Yellowfin tuna 25 to 60 lbs which is small, but they should be getting larger soon as water temperatures are finally starting to come down a bit. The good news is water temps are dropping as well which is bringing the Yellowfin tuna up to the surface. Yellowfin have been hanging in deeper water to regulate their body temperatures. Now that the water is cooling, they´re very comfortable pretty much at all depths now, including the normally warmer water sea surface. There are also tons of bullet Bonito and Skip Jack as bait everywhere. When it comes to El Banco, all I can say is Ditto!  Those looking for the Cows, Yellowfin Tuna over 300 lbs then you need to head to the Tres Maria Islands where boating big Yellowfin Tuna is happening on a daily basis. The down side, it´s way out there and it´s going to be a long, long day, figure 16 hrs or more.

Coming closer in, guess what, the same fish except they´ll most likely be a touch smaller. There are times when smaller can be better especially when measuring the benefits against the cost of fuel! The Marietta islands besides the Dorado, Jack Crevalls, and nice sized Sailfish also we´re seeing some Rooster Fish in the 35 to 50 lb range right now. Not exactly plentiful, we´re just glad to see these fierce demon fish back in the area. With Sardines around, this should just get better. A little farther down the street around the Punta Mita area you´ll find plenty of Dorado, Sailfish, Jack Crevalls, off the point ten miles you´ll be looking for Marlin as well. Well worth your fuel dollars amigos! 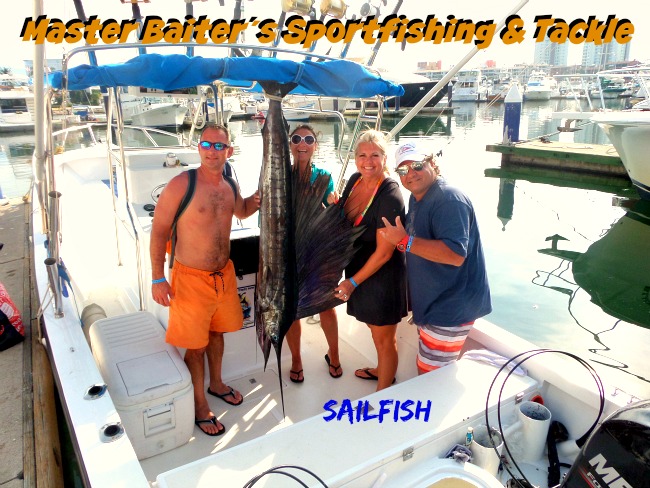 Inside the bay is absolutely the best fishing value I have seen in many a moon Kimosabe. Dorado of course at 30 lbs which is tough to beat, Sailfish have been boated more than you could expect in the bay, many are babies, throw backs of course. Yellowfin Tuna in the 30 lb range off Yelapa. Also for the Surf Fishing guys, remember Roosters like the shore line (Nuevo Vallarta), structure and the reefs in the area. Right now there is a lot of Sardines close to shore so this is where you should be looking for Roosters. Using Diamond jigs, poppers that don´t float like a cork, Rapallas is about all the lures you need for these silver and black ¨arm crampers¨.  Fields of 40 lb Jack Crevalls around Nuevo Vallarta and for a day or two we had a beautiful trash line from the recent heavy rains.

The bite has been happening from a little later in the day, so you can sleep in a little and catch it right around 9 a.m until about 2:00 in the afternoon, and then the afternoon bite is picking up again at around 4 in the afternoon to dusk. Lures to use this week are once again the petrelaros of purple, green and brown. Lures of white and blue mimic flying fish which are still ¨popping¨ up everywhere.. ha-ha. Zukers 5.5´s Green in color is killing em out there, but remember to keep this to yourself. Water temperatures have dropped from the 85 degrees they have been all summer to 82 degrees and this is perfect for many species as they come to the surface because nobody likes it too ¨hot¨. 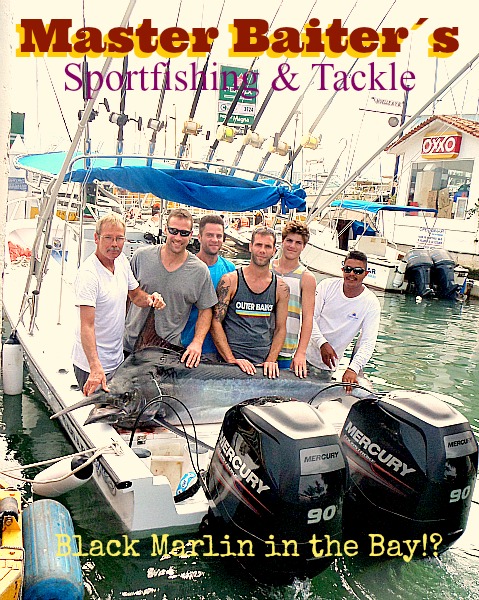 Right now unless you’re looking for Moby Dick, who is out there right now, there is really no reason to head out past the Marietta Islands or Punta Mita. Short days are paying nice dividends in the form of decent sized Dorado, Sails in the bay for the lucky and we even had my new panga boat a 350 lb Black Marlin. So we´re basically seeing freak fishing (should be the title) and we´re not complaining. We should expect these conditions to continue after New Years and after that, it´s all up to Senor El Nino to lead the way, Scary but true.

Don’t forget we´re still doing our best to hook you up on shared boats, just fire me an email so I know when you´ll be here and we´ll do the rest.