Once more I am happy to report that the fishing is outstanding, the conditions are perfect, air temperatures are dropping by the day, Plenty of bait, Water temps cooperating and I just can´t say enough positive things about fishing here in the Bay of Banderas for the time being. 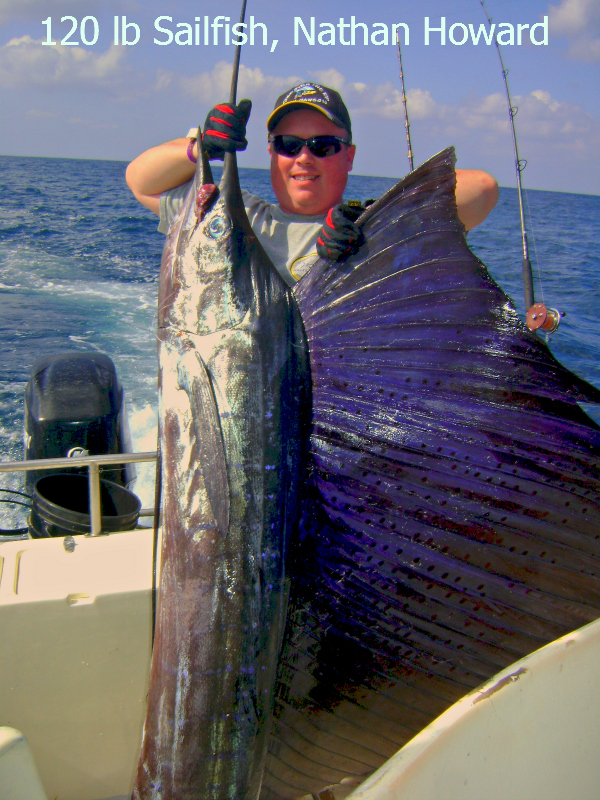 Corbeteña, located thirty five miles out from Marina Vallarta has once again performed as its reputation suggest. Yellowfin Tuna are still in the area running anywhere from 60 to over 200 lbs. Maybe larger, it´s been known to happen. Sailfish are taking over all the fishing grounds right now, it´s their season. Dorado, of course, in the 45 to 65 lb range. Black Marlin are still running in the 500 to 750 lb range, but a touch more abundant this week. Same story for Blue Marlin seems to be an even mix. Wahoo are thinning as well and they´re not the largest, but with plenty of bait and clean blue water, they may hang for a while. Running in the 60 lb range, they´re the best tasting fish in the ocean amigo.

El Banco is seeing Cubera Snappers in the 65 lb range, Sailfish in the 80 to 100 lb range and Yellowfin Tuna, a little larger in the 80 lb and up range are eight miles north of the High Spots amigo. Finally something I can write about here at El Banco. Known as the place for World Record Fish, El Banco this year has been kinda taking it easy. For now Black and Blue Marlin are here as well. Dorado in the 45 lb range, with the possibility of hooking into Moby Dick. For my money though, Corbeteña is closer, cheaper on fuel, same fish, same conditions, but hey, that was yesterday… things could have changed. 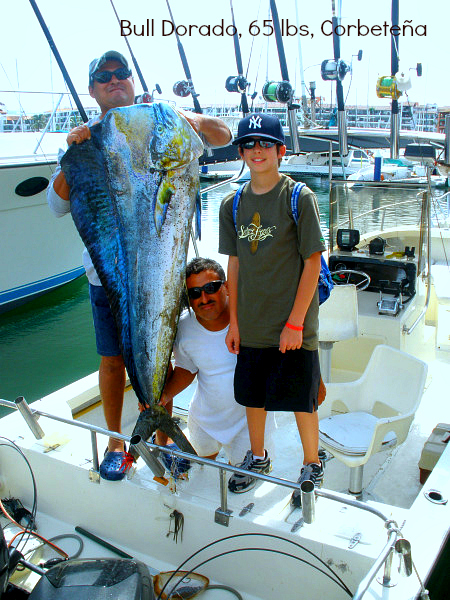 The Marietta Islands are a carbon copy of last week. Sailfish, Dorado in the smaller size ranges, Snapper in the 30 lb range. Rooster fish are getting kinda sparse, but still a shot for the light tackle guys with a hankering for arm burning action on the light! Punta Mita, just down the way a bit is still producing larger numbers of Dorado than anywhere else this week. Sailfish are taking over the whole area as is normal for this time of the year, and that is why we´re going to have the 58th Annual Pez Vela Tournament coming up this week as you are reading this article. Check the local news for details or the web site at: FishVallarta.com. Signup is the 13th, tournament begins the next morning at 7 a.m. and you must be back by five O´clock if they go with the normal finish times. Many boats are still available for the tournament if you need one in a hurry!

Inside the bay is the normal fare, smaller fish around the rocks and structure. In the bay you´ll find Dorado, Needle fish, Bonito, Skip Jack Tuna. Sailfish are tournament winning sizes at La Cruz. Why they are hanging out here for weeks now is a mystery, but still, they´re reliable. River Mouths are alive, for the local who wants great dinner catch, then Robalo is Snook which means a tasty white meat fish. Snappers are to be had as well in schools, but not too plentiful for some reason. 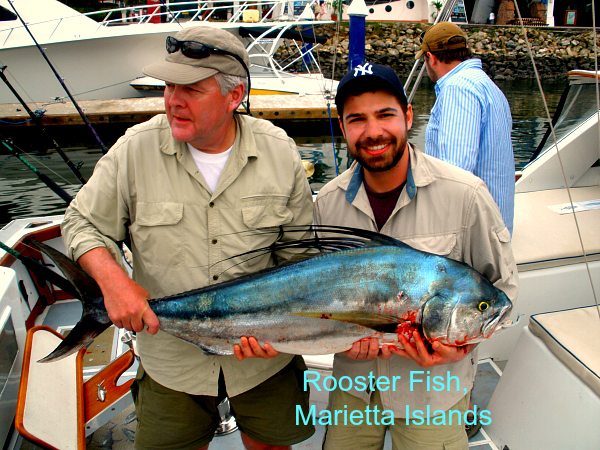 Water Temperatures are still the issue they have been all year, but it seems like there may be some changes in currents as we see the fish we like to see coming back in more abundant numbers as we enter the ending stretch of fishing’s high season. Bait, plenty, no worries anywhere. The bite is running about 9 in the morning and a little later in the afternoon for now, but keep an eye on the moon phases if you´re targeting Tuna. For some reason it changes their bite, but Marlin and other billfish will not be affected for the most part… the bite is the most important factor for them.