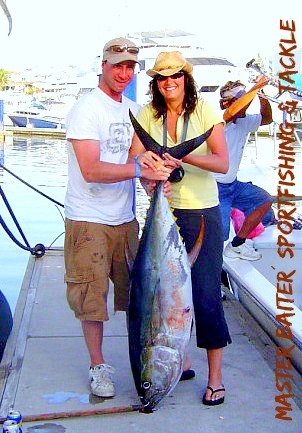 What we’ve been waiting for has finally happened. Corbetena has just improved on itself from last week in a big way. Yellowfin Tuna are still in the area around Corbetena, El Morro is alive With Sailfish and Dorado. The bay is on “fire” fishing wise. Water conditions are just this side of perfect and frankly the party is happening now, with or without you amigos. Right now it’s difficult not to catch fish, no matter which fishing grounds you choose, they’re all producing as we speak!

First I know we’re not talking much about El Banco a.k.a. The Bank in English, but the fact is not many people are heading out to this area because Corbetena is closer and it’s full of fish! Nobody is spending the extra time and fuel expense to discover if El Banco is better or worse than Corbetena. It just doesn’t matter when Corbetena is on fire! Rumors of Marlin and 100 lb Tuna have been circulating with no “proof”, so if you’re a mind to take the chance. This is one of those times when you don’t want to be left “behind” and right now if you’re not heading out this way you’re missing out. Ok, well that may be strong, but the action is incredible and the bite is on amigos. 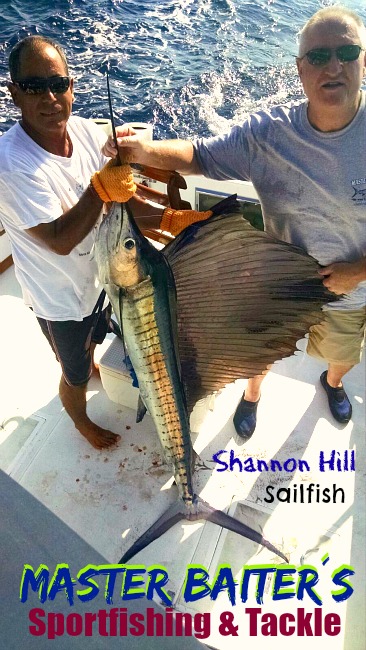 For those lucky enough to be here in Puerto Vallarta (PV), Corbetena is still rocking. As if the clock has been turned back the fishing has improved from last week and that’s saying something. Marlin of the Black and Blue Variety are running anywhere from 300 lbs to over 500 lbs., maybe way over 500 lbs, you just can’t tell with Marlin. Sailfish are also cruising the area as well, they’re good sized and will gradually increase in numbers from now to the end of the year. Yellowfin Tuna have decided to hang around with all the Skippies in the area. Also known as Skip Jack Tuna that don’t get much larger than 6 lbs, but make a perfect and tasty bait. Dorado or Mahi have arrived in larger numbers but still in the 20 to 30 lb range and we’ll “take it”. The Water is blue and the bait is abundant. Conditions have been outstanding here so it’s time to break open that “piggy bank”. If that doesn’t work swipe the “little woman’s” new credit card and don’t miss out on this! You can always blame me, wouldn’t be the first time… Ha Ha.

If for some reason you find yourself around the Marietta Islands you’ll most likely be disappointed, not much happening in this area which is strange because it’s in the middle of “fish city”. Needle fish have moved in a little early, but they’re fun to catch and we’ll see their numbers increase as the days go by. Great tasting and weird fish, don’t believe your captain if he tells you these don’t taste good! There should be Sailfish and Dorado in the area, maybe next week, stay tuned.

Anywhere from El Morro to Corbetena, square inside what I call the golden triangle you’re in for some serious action. Sailfish are picking up in numbers as we speak and they’re taking baits like a starving man. Dorado in the 20 to maybe 30 lb range are roaming the area and are not so spread out as the last couple of weeks. Most boats heading out this way are getting several strikes and boating many Mahi here. Again plenty of bait in the form of Skippies, Goggle eyes, Flying fish or five inches, Bullet Skippies and the list goes on. This is a bit outside an eight hour trip, but we’ll “go there” for our clients in eight hours! And, in fact you could wind up with a Blue Marlin in the area, stranger things have happened. If you’re around Punta Mita then any clump of debris or stump (or similar) will put you on some nice and hungry Dorado! Sails are bit farther out, but frankly if looking for Dorados you’d be better off heading towards El Morro. Rooster fish have made a slight appearance this week in the area, but nothing you can count on. Maybe there will be more to report in the coming days, cross your fingers. 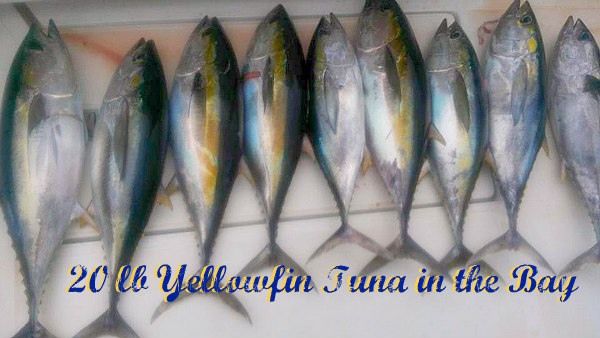 Inside the bay it’s a fishing machine. For the person looking for a great half day full of arm burning action, with smaller fish naturally, then you’re in the right place at the right time. Yellowfin tuna in the 20 to 30 lb range may not be “Monsters” but they’re in huge schools and they’re hungry. That alone is reason enough for a four hour trip. Our Loss Leader four hour, $225 usd boat would be perfect for the budget minded. The boats a little slower, a little smaller and a lot less expensive. For now this is the deal of the week and it’s good for four people, but I only have two boats at this price so make your reservations early. I’ll be out there this week hitting it in the bay myself. “Blue Plate Special” Tuna for the table and a few select friends, hard to beat. Sailfish are still around Los Arcos with Dorado in the 15 lb range and up. In fact anywhere from Los Arcos to Los Muertos beach is a perfect place to start and you may find you don’t go any farther. Needle fish are sprinkled around, Bonito are the old reliables, Jack Crevalls around the river mouths but not in big numbers. You can’t go wrong in four hours, six is better, but you’re in for a great day on the water if you’re lucky enough to be here in PV!

What you need to know is the bite is happening around 10:30ish, so no need to get up too early on short day trips and miss the bite! The late bite is around 4 p.m. Water temperatures are still at 89 / 87 degrees, perfect for the “boys”. There’s a great selection of bait in the area in the form of Rainbow Runners, Flying fish, Goggle eyes, Skippies, Bullet Skippies (baby Skippies) and the list goes on. Even with all this available bait the Sails have mostly been hitting dead baits and lures of Blue and white. Now the Petroleros of green /brown and purple always work well. Dorado lures of green, blue and yellow have been working on and off. Don’t forget Cedar plugs, they’re cheap and such old technology many like to ignore them for those “Black Bart’s”, but they don’t work any better! So be wise and don’t neglect the old reliables!

With more and more clients looking for shared boats we’re promoting our special deal for half a super Panga at $275 usd, good for two people. It’s the best eight hour fishing deal you’ll find in PV so fire us an email and get your name on our list to match up. Save money, Catch fish, have fun, seems pretty simple to me!

FYI, Mexico a few years back passed a new law meant to protect the consumer from scam artist and other unscrupulous “promoters and timeshare” types that continually cause issues which means you get screwed out of money. Sectur working with Profeco the consumer protection agency has made it mandatory to have a specialized license to sell tours and fishing charters! If it’s not licensed it’s not safe! This license needs to be presented so the public can see if they have it, but more importantly if they don’t have this new Sectur license they are selling you tours and fishing charters illegally. Remember to visit our new location on the Malicon or boardwalk on Morelos right at El Faro or the light house. And don’t forget about our Marina Vallarta Store as well!

Fire me an email and get on my mailing list so we can send you these reports directly fresh and useful! Or visit the web page and subscribe, it all works the same!