After what has been a dismal and disappointing spring we’re in the game again big time with warm water at the deep water locations of El Banco and Corbetena. Bait is super plentiful everywhere and we’re seeing summer species like Sailfish, Marlin and Yellowfin Tuna trickling into the area. It’s all good and we’re about to enter high season for fishing here in PV!

For the last few months you could have used a cookie cutter to put my reports together.  It seemed like the same fishing elements never changed. I’m very happy to say that this is finally all coming to an end as we have seen water temperatures jump from 72 degrees to 81 degrees in one week! This is drastic and surprising. Blue water is two miles out from Punta Mita, a huge plus. Bait conditions are incredible with massive amounts of flying fish three to six inches from Punta Mita all the way to Corbetena! Bullet Skip Jack and Bonito all over the area especially around the Marietta Islands. But that’s not to say the fishing is fast and easy.

From El Banco to Corbetena is about twenty five miles and there can be a world of difference between these two world famous fishing grounds.  For now we’ve seen drastic changes from last week.  First off we see water temperatures jumping to 81 degrees from 72 as previously stated. That’s a nine degree increase in just a few days which is unheard of.  The clear green, red tide and cold water has changed to high visibility blue water two miles out from Punta Mita.  What was considered a deserted fishing ground has once again come to life at El Banco with Sailfish moving in nicely. Marlin is expected soon. Cuberra Snappers are also in the area taking baits to 50 lbs but on for the jiggers. Naturally there is abundant Skip Jack, bullet Bonito, flying fish, Mullets, Goggle eyes and the list is endless, Sardines are around but thinning out in numbers. So making bait is not a real issue anywhere in the bay. Oh, if targeting Sailfish they’re only hitting dead trolled baits and lures that mimic flying fish.  Keep this information in your back pocket as our little secret. Corbetena is another story completely. With abundant bait in the water we’ve seen 60 to 80 lb Yellowfin Tuna move into this area aggressively. Some Sailfish in the area, but not like El Banco. With the good you must take the bad, which means there are bottle nose Dolphin, Flipper if you will, taking your trolled Bonito or larger Chorras. This will drive you nuts as they lay in waiting to zing you and steal that bait, they’re both smart and lazy. Capt.  Cesar tells me it you put regular staples in the tail the Dolphins advanced sense of taste will not like  the metal  taste of the staples and leave your bait alone. Worth a try, me, I never have a stapler on the boat, never thought if it as “tackle” before. Tuna are on top of the rock so you don’t need to get fancy. One thing to remember, it’s a full moon out there which means the Yellowfin Tuna will be biting before dawn! If you can’t make it to the fishing grounds about 4:30 in the a.m., then you’ll be better off hitting the late bite which is occurring around 2:00 P.M.. They’re jumping and attacking cedar plugs better than baits. A classic lure that works but it’s not pretty. Live baits are working outside the rock from the Dolphin. About a mile past the rock you have a decent chance at Blue and Black Marlin.  Their numbers will be picking up shortly so a little patience will pay off. Jack Crevalls, Cuberra Snapper, and other assorted species moving in and out.

For now your fuel dollar piggy bank needs to be emptied and remember don’t ask the wife to go fishing. It’s better to beg for forgiveness and ask for permission. But remember also, being divorced twice DQ’s me as a marriage consular.

The Marietta Islands have been another big disappointment for the last three months, and nothing much has changed. Water temps are way up in this area as well, but for some reason this area for now is a fish ghost town. I am surprised we haven’t seen sailfish move in the area, stay tuned. So the normal players of Bonito to 30 lbs, Jack Crevalls to 40 lbs, Sierra Mackerels to 15 lbs and tasty. Nothing too exciting and frankly you can find better action closer in the bay. Punta Mita is not exactly alive with action but there are some Sailfish in the area and more will be coming. With massive amounts of flying fish for bait it’s going to be hard for incoming species to resist the temptation of hanging around. Won’t be long before this area is a fish machine once again. 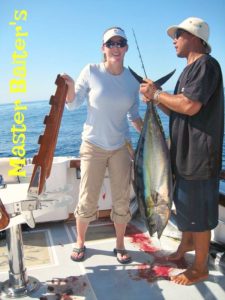 Talking about inside the bay things are great! Needle fish are moving in, a strange species they’re fun to catch and taste great.   Bonito everywhere to 30 lbs, Football Yellowfin tuna 30 to 45lbs if lucky all around Yelapa and in the middle of the bay. Jack Crevalls to 40 lbs but beginning to thin out in numbers as water temperatures increase. Sailfish are still hanging out around Los Arcos out a few miles or closer in, who knows? The main point being inside the bay fishing is an incredible deal right now and well worth the price of participation! Throw in Sierra Mackerels, Needle fish and the list goes on. For those of you who don’t know, Mexico has just increased fuel prices. They are being gradually increased so we’re going to have to increase pricing to account for this soon. If coming to PV soon I would suggest you lock in lower prices that will be honored at a later date. 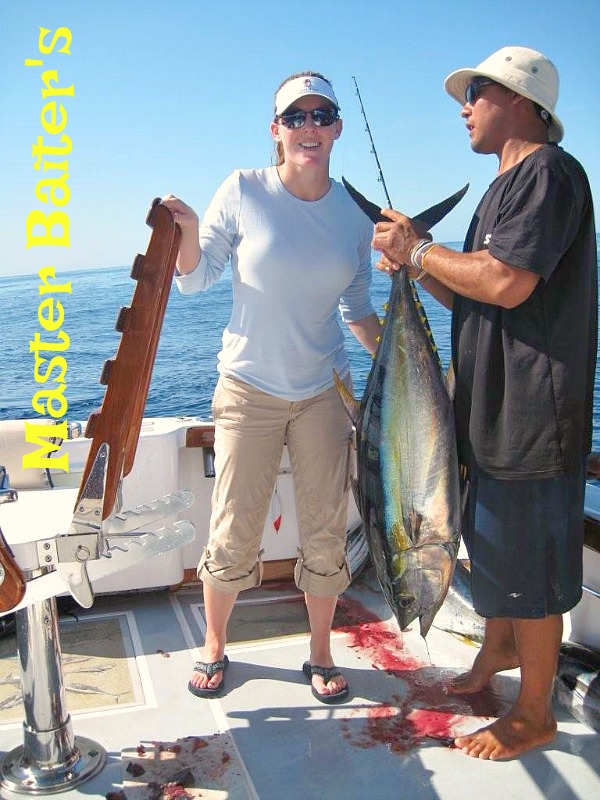