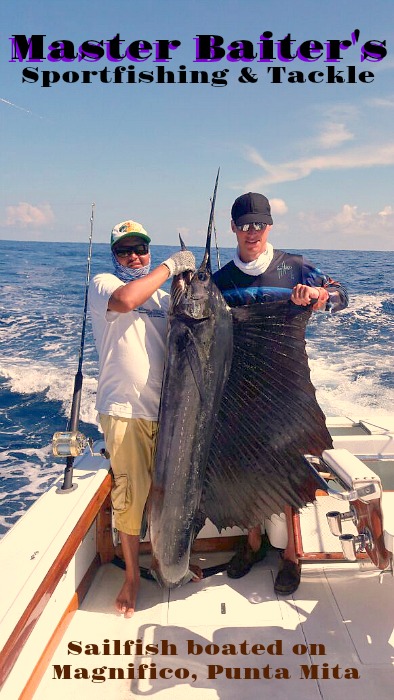 As we move deeper into the summer season we see things are pretty much about the same and that’s not bad. We still have Black Marlin, Blue Marlin, Sailfish, Yellowfin Tuna and Rooster Fish make an appearance finally. Water temperatures are still favorable at 82 degrees. High Visibility Blue Water at all the fishing grounds with plenty of bait. A formula for world class fishing rolled up in one of the most popular and safest destinations in the whole world, how lucky are you? For me, it’s the plan!

These are the kind of “cookie cutter” reports I like. Fishing can be such a roller coaster that what was happening yesterday is no guarantee it will happen today. As we enter the best time of the year for Sportfishing in one of the best fishing grounds in the world you should have high expectations. World class species you expect running in the larger ranges size wise. Yellowfin Tuna, Dorado and Sailfish is a sportsman dream and on many an Anglers buck list. For now those heading to the deep water locations of Corbetena have the opportunity to boat a Black Marlin over 500 lbs, but we’ve seen over 700 lbs  the last few days or so. Blue Marlin are also large running 500 lbs and are all over these two areas. If near Corbetena about five miles before you see the rock we’re still seeing Dorado in smaller numbers, so challenges exist, nothing new there. What is new the Long Liners are back with a seven mile long line (yes they’re illegal) between El Morro and Corbetena just destroying the Dorado fishing in this area. Yellowfin Tuna in the 60 to 80lb range are a little smaller than last week. But who’s complaining. Remember there could be some very large Yellowfin Tuna locally soon so keep your ears to the wind. Sailfish are sprinkled thought the area but are only taking dead baits! Even with super abundant bait in the area dead baits are working, live bait doesn’t. Our little secret. . . Lots of other possibilities as well like Cuberra Snappers, Bonito, Skippies and more. All  and all if both el Banco  and Corbetena are doing well then Corbetena would be my first choice, then north to the area in-between that is widely ignored.  That is until tournament time and these two locations are stuffed with competing anglers. One thing to remember is the bite is happening late, after 3:00 pm for the Big Marlin and other species like Sailfish. El Banco is a bust, no bait, no real fish in the area….. but this should chance so stay tuned….

The Marietta Islands have a pulse although not much of one. Red Snappers have been caught from 20 to 30 lbs, Needle fish and small Grouper are also around but not much of a draw. Just to the north at Punta Mita we’re seeing Sailfish of nice size, Dorado can be found around any stump or clumps of crap due to the seasonal rains. Many are super tiny so don’t keep anything that looks small and you know what I mean. Rooster fish finally made  an appearance and are at the point of Punta Mita running 30 to 40 lbs!  North of this area there are Rooster fish around the San Pancho area as well, but this is a ten hour trip amigos, but they’re 20 to 30 lbs. Might be a little far for these but if they’re up there, they’ll be down here shortly, stay tuned. 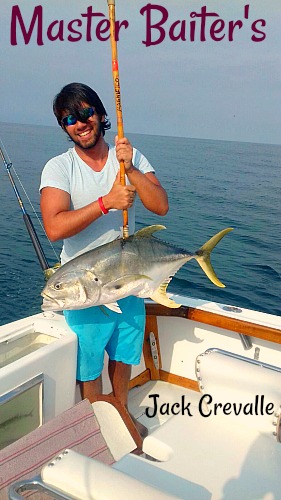 Inside the bay is it’s normal amazing self that it has been for some time now. We have tons of Yellowfin Tuna Footballs at 45 lbs and smaller around Yelapa, but you need to be fishing about 6 P.M. or forget about it. For other species it’s an all day affair where you’ll have possible Sailfish off Los Arcos, somebody is getting them might as well be you. Jack Crevalls are still all over the bay but diminishing in numbers as they should. Needle fish are all around the bay but heaviest around Los Arcos as well. Dorado of teeny tiny sizes are feeding on the trash line, not keepers. But you could hit a larger Mahi if you’re in deeper bay water. Near the river mouths there is a 50 / 50 chance of hooking into a nice sized Sea Bass from 20 to 30lbs, feeling lucky?

Special Announcement:  Master Baiter’s is expanding and opening a new location on the Malicon, Board walk to us gringo types, next to Sr. Frogs clothing stores at the Light House. We are very excited and will be getting in new and different Master Baiter’s Products we have not sold in many moons.  We took the keys and are doing our best to make it a worthy location. We’ll have a Grand Opening party so keep your eyes peeled. We will be getting back into our branded tackle and fishing products as time moves on. You will also be able to book fishing trips, book tours, or just get real information from real people. And remember, at Master Baiter’s we won’t sell you a timeshare!

For now we couldn’t be happier with how the season is progressing. If all goes well soon we’ll have larger Yellowfin tuna at the primary fishing grounds in sizes we haven’t seen in some time. With water temperatures hovering around 84 degrees this is a good place to start. High visibility super blue water is another friend to the fisherman. With plenty of bait fish in the bay like Skip Jack Tuna, Goggle eyes, Bullet Bonito, Bonito, Flying fish you name it we have it for bait. Red Tuna crabs are thinning in numbers and not an obstacle any longer. Now if you’re at Corbetena and El Banco there is a bait issue as in there is none to speak of. Bring it with you in this area. The bite is happening late in the day now, normal fish at anytime between 9 a.m. and 1 P.M. so be ready for this, fishing doesn’t always happen on our schedules amigos. As far as Baits / Lures:  For the most part dead baits are working best, but run live bait anyway. Lures are working also, so it’s a mixed bag. Lures should be Petroleros, Iguanas of green and yellow, cedar plugs are good places to start. There are a few you can’t forget, but for the most part this week you need to remember that for now dead bait works as well as live bait. Go figure but that’s the way it is for now…. As we see water temperatures climb a bit more we may see more of the larger gamefish moving in, cross your fingers! 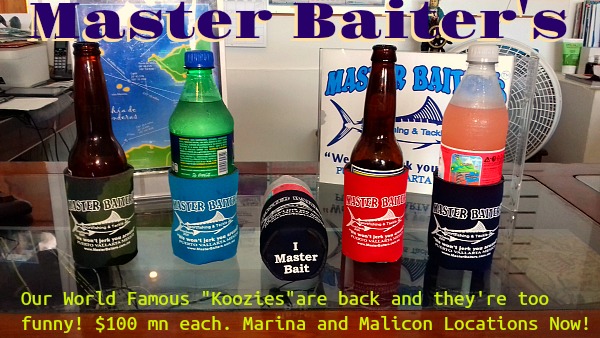