El Banco Springs to Life, Corbeteña has Marlin in Between 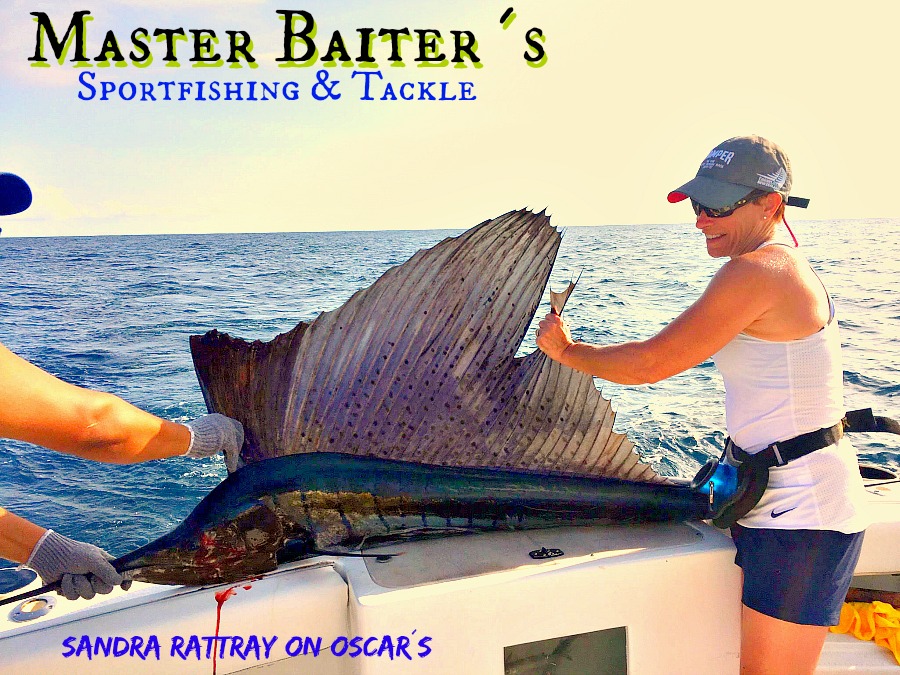 Hello everyone, it´s been another interesting week with much the same and some surprising news. To start we´ve still got some very large Marlin around the area. We still have challenges in the form of Bottle Nose Dolphin and Sharks at Corbeteña. El Banco has sprung to life with Marlin as well. Dorado which have been MIA or Missing in Action have shown up at Punta Mita. Water and Bait conditions couldn´t be better and the general health of Sportfishing in PV is incredible. As we enter the lowest part of the season where a tourist is pretty scarce, the fishing improves and the conditions, financial as well will only make it more attractive to come fishing in some of the best fishing grounds in the world! The best is yet to come!

For the last three weeks or more we´ve been talking about how for some reason Corbeteña has become home to Lemon Sharks and Bottle Nose Dolphins (Porpoises / Flipper) and Big Marlin. The trick has been to get a bait in-between these bait stealers to where a Marlin can see it! Big Challenge since all the fish are spread out, you´ve heard this before. Bait is available, but not plentiful. Just as last week the smart are getting their Tuna Tubes stuffed around the Marietta Islands before heading out to Corbeteña. The smarter ones are dropping baits and trolling to Corbeteña just past the Marietta´s. Now if you´re just trolling around the rock, that may be a great place to get bait as you´d expect, but it´s also where the Sharks and B.N. Dolphin are as well. You´re better off targeting Marlin off the rock a few to several miles to the west or Northwest direction. Once you´re five miles away from the rock there will be less if any sharks and Dolphin and frankly the larger Marlin are in this area. Speaking of ¨which¨ Marlin is another story. For now the water temperatures have risen to the level where Striped Marlin have returned to the cooler waters of Cabo, this is normal. What´s not normal is to have Striped Marlin in and around Puerto Vallarta in April, May and June! Blue Marlin are running anywhere from 300 to over 700 lbs and these are ¨bucket list¨ fish worth of mounting. Black Marlin are in the same size range but can be larger than 700 lbs so make sure you´re equipment is up to the test! Boats heading to this area with light tackle will find the ¨fight extended and of course the longer you fight the greater your chances of losing it. Sailfish are moving into the area slightly but for now it´s all about Marlin at Corbeteña. With high visibility blue water, it may not be automatic and you may have to wait but they´re there and they´re taking baits so be patient. The other natural players are there, possible Cubera Snappers for jiggers, Jack Crevalls, maybe a Wahoo, but again for now it´s Marlin City and we´re not complaining.  We have seen some Yellowfin Tuna Footballs around 25 lbs this past week, but they´re in and out, can´t rely on them to be there, but this is a good indication of what could come in the near future so stay tuned.

Finally this week at El Banco we´re seeing charter boats venture to this area frustrated by bait stealing Dolphin / Sharks at Corbeteña. This out of the box thinking has produced nice results in the form of Big Black Marlin up to and over 700 lbs as well as ¨they´re bigger at the bank¨! Blue Marlin, just like Corbeteña are all around the area and could top 600 lbs or larger, it´s possible and someone will be bringing in Marlin of this size this week! With no Dolphin / sharks at El Banco we´re seeing Sailfish move in as well and nicely sized at around 90 lbs. Bait is plentiful, no issues making bait. Yellowfin Tuna, yes I said Yellowfin Tuna Footballs of 25 to 40 lbs are patchy, but it´s a good draw for larger Yellowfin Tuna to follow in. Wahoo could be in the area, but they like the water a little cooler than what we´ve been running. With many other possible species to catch the high spots are working well for bait, but there are other species, not room to mention now, that are great tasting and available here as well. Dorado have now shown up yet but I am expecting this to change soon with Dorado closer in and just north of Punta Mita, more on this shortly…..

The area around the Marietta Islands have been less than impressive for some time now. El Morro on the other hand has been quietly doing its own brand of Magic producing ever increasing amounts of nice sized Sailfish, Needle fish, Bonito, Jack Crevalls and Sierra Mackerals. An eight hour trip to this area has been producing nice Sailfish in pairs so a couple in a day would not be an unreasonable ¨hope¨. New this week is the area around the point of Punta Mita is finally alive with some nice sized Dorado in the 25 to 30 lb range and it seems they came out of the blue. We saw some small babies of less than ten pounds the other week, but this week they ´re larger and hopefully this trend will continue. If you can find some debris or just a clump of trash mixed with tree branches and assorted ¨stuff¨ then you hit the jackpot! Just North a bit around the reefs and Sayulita there have been ¨some¨ Rooster fish, but they´ve been under 25 lbs so they´re small and they should also be released. Hopefully this trend will continue as well and we haven´t seen many Rooster fish this year so cross your fingers! All and all once you´re three to four miles off Punta Mita, drop baits and anything is possible, maybe a Sailfish, farther out, probably a Marlin. So an eight hour trip can pay off in larger fish without having to spend the twelve hours it would normally take, but you´ll need some luck, felling lucky?

Inside the bay is the same story. We´re not seeing any Dorado of any size in the bay, but this could change as well soon, let’s hope. Sailfish are still amazingly being boated in the bay, it´s shocking how often this has happened in the last few months, but we´ll be happy for it. Sails are mostly found around Los Arcos Rock out a few miles and around La Cruz Marina, then in the middle of the bay as well. So you have a shot at a sailfish, Jack Crevalls everywhere from 20 to 35 lbs, Bonito to 35 lbs at Yelapa with some possible Yellowfin Tuna Footballs around 30 lbs. Sierra Mackerals are great tasting and abundant. The river mouths when it rains can produce some nice sized Snook or Robalo in Spanish to over 30 lbs of this white meat and tasty fish! All and all the fishing is great in the area and there is no reason not to go fishing! The trash line is on and off with the inconsistent rains, but when the trash line is working the Dorado should be coming in to feed on it. But we need local rain for this!!

Ok, some helpful basics this week, The Bite is mid morning or mid day, now ever you want to call it. Getting up too early won´t help your cause this week as the bite is after 10:00 a.m. or later! No real morning bite, and this is when they´re hitting it hardest so use this information wisely ¨Grass Hopper¨. Water temperatures are still at 88 degrees and that´s working perfectly, if we see Yellowfin Tuna we´ll see what level they´re ¨living at¨ with our sounders! Bait: well bait is not an issue anywhere from inside the bay to around the point and the islands. With Skippies, Bonito, Flying fish, Sardines, Goggle eyes, Green Runners, bullet skip jacks and bonito and who knows what else there is plenty of ¨sexy bait¨ to bring the fish to you! The lures that have been working lately are once again the classic Petroleros of green, brown and purple or black. You should have this lure if you don’t get it, it´s one of the best result lures you can have and it´s old school big time! Also lures of Blue / Pink combinations or Green / Yellow colorings are all a good place to start this week! Water temperatures as mentioned are hovering around 88 degrees and the water is a perfect high visibility blue everywhere but in the bay around the shoreline. Conditions don´t get much better amigos so get on the water already!