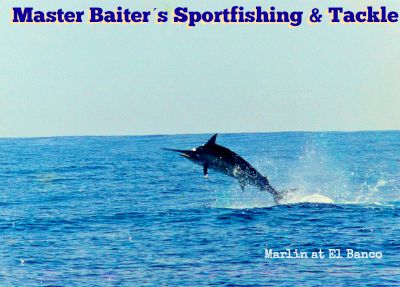 As we move deeper into Fishing High Season here in Puerto Vallarta we see little change from the previous week. In fact if you read last weeks article, it´s pretty much the same. Having said that there have been some microscopic changes as late with Dorado moving, but don´t get your panties in a bunch, the numbers are not impressive. Marlin this week are averaging in the 450 to 600 lb range with very few boats heading to El Banco. Corbeteña is full of Sailfish and Cubera Snappers. Water temps are in the ¨perfect¨ range of 86 degrees. Blue Water, Plenty of Bait, Any Day Now… Any Day Now!

This year so far we´ve been waiting to see what sorts of changes El Nino was going to bring and while these changes are subtle, things have changed. One of these changes is the fact that the species we would normally have at this time of the year, we´re speaking of Dorado and Yellowfin Tuna, would be abundant. But we´re now seeing Dorado starting to move in anywhere from just outside of El Morro to Corbeteña, but not to Corbeteña! Now I don´t want you to get excited and jumping up off the couch spilling beer all over those tidy whities amigo. But if you´re in the mood to catch some fish, we´re ready to go!

Starting El Banco, Blue Marlin in the 350 to 600 lb range are running the whole area from about six miles off Punta Mita Point to the High Spots. The water is as blue as you could possibly hope for, bait plentiful, Sailfish sprinkled around and of course the reliable Cubera Snappers. Yellowfin Tuna are still in the area, they´re still down about a hundred feet and they´re still not exactly excited about your baits! For those looking for Yellowfin tuna, the evening cools the water surfaces down which draws the YF Tuna to the surface. That is until the sun beats down on the water a while as the Yellowfin Tuna sounds (goes down) once again looking for more comfortable water temps. For those on cheap charters where the clients were not told the electronics were important are finding plenty of bait, but not much more. You see with a Sounder or Electronics you can see the temperature breaks, the fish concentrations and the dept these Yellowfin are sitting at. For you as an angler to target YF tuna, you first better have a down rigger. With that downrigger you better have the weight ball that takes your bait down. So remember to ask both parts of the question, down rigger? Weight Ball to go with it? If you ask them if they have electronics, they most likely will say yes, they understand how to GPS Points on a map. But they most likely won`t know how to read the sounding part with the depths, temperature breaks, etc. So these questions are important if you´re targeting Yellowfin Tuna on an economy fishing trip. Economy can be ok as long as you´re informed about what the word ¨Economy to them means¨ exactly! If you´re looking to catch bucket list fish, then El Banco is the place to be. 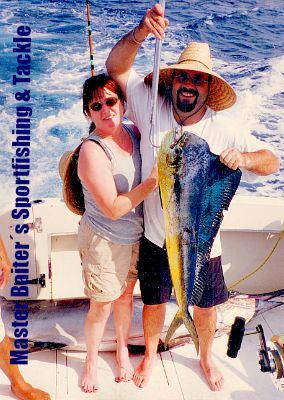 Corbeteña is still ¨slow¨ as the local Captains would call it. Me, slow is generous when describing Corbeteña. 35 miles out from Marina Vallarta and you´ve got Curbera Snappers on tap, Sailfish, Rainbow runners and that´s about it. With Dorado moving into the area, I am sure we´ll be seeing at least fair sized Dorado in the area shortly, stay tuned.

I wish I could tell you the Marietta Islands have turned on, but first you´d have to find the switch! No real reason to head to this protected area. Needle fish, Skip Jack Tuna, Bonito, Jack Crevall, assorted Reef fish and small Snapper. That´s about it, if you´re heading to the Marietta Islands for a snorkeling trip, then bring some poles, but if you´re not going to be in the area for some other reason, then you have a world of better choices to go fishing.

The Point of Punta Mita this week is finally seeing some action with Sailfish and just a bit farther out and  you´ll find Blue Marlin from 350 lbs up! Some Dorado have been seen around the buoys, but not in numbers that justify a trip to this area. The water is a perfect Blue and the bait is super abundant with Flying fish, Goggle Eyes, Skip Jack Tuna, Bonito, Sardines, and the list goes on. Give it a few days then check in again. 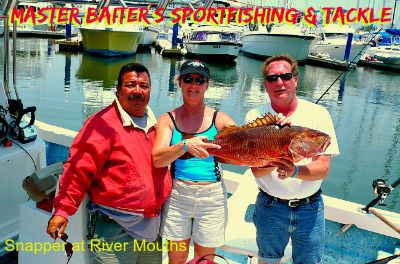 Inside the bay will surprise you. Around the area there have been large schools of Jack Crevalls. Normally a winter schooling bay fish, we´ve seen these Jacks in the 30 lb range and up. Not great tasting, but they do fight like demons and any family coming across a school of these fish will have all the arm burning action they need. We also had a Sailfish boated around Los Arcos, strange and rare in the bay when this species is more abundant than present conditions. Los Arcos is alive with small bait fish and the water is normally blue. With the feeding options and the blue water, sometimes Sails are boated here. Also in the bay are Needle fish, Jack Crevalls, Skip jack Tuna, Bonita, Snapper and Robalo around the river mouths and a trash line to hit smaller fish. Now remember there are small Dorado in the bay feeding on the trash line. They´re around five pounds and you should be shot if you keep one of these babies. Fishing around the river mouths and the trash line are your best in shore options for now.

Right now we´re all sensitive to the Dorado situation. We´ve seen for years the unrestricted exporting of Dorado from Mexico by anyone who wanted to ship this gamefish out of the country. A result of this has been the geometric increase of illegal commercial fishing companies stringing up long lines and raping all of Mexico of this precious resource. Just recently the Mexican govt figured this out and changed the laws for shipping of Dorado to be more in line with Sailfish, Tuna, etc. The biggest question most of my clients is asking is¨ when do the Dorado come in¨?  Well amigo, they should have arrived in July but here we are September and it´s still not happening. Another reason is the Seiners (production fishing fleets) out of Mazatlan. Out of the three canneries there, two have gone out of business. The third that is still hanging on by the ¨skin of their teeth¨ are no longer fishing Yellowfin Tuna. After doing everything they could to put themselves out of business, now they´re chasing down Dorado, the other ¨Money¨ fish. These Seiners use nets and scoop tons and tons of fish which are placed in their hold until they come in. When they do come in they´ve got seventy tons of mostly smaller Dorado as we see the numbers thinning out to dangerous levels! So the next time you come to Mexico fishing and find no Dorado, it´s because there is no law enforcement for conservation in Mexico. I´ve seen the big reel companies, the big web page companies promote and poach protected fishing grounds and now we´ll all pay the price. The biggest problem is I don´t even know who to have you contact. Lets hope the changes in the laws help the numbers begin to increase again. 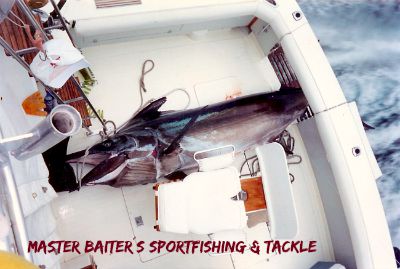 The bite is early, and late if targeting Tuna. But the water temperatures are a perfect 86 surface degrees. The water temp a few feet down can be warmer forcing the tuna to sound. So use the morning surface feeding trick to improve your results.

If you´re coming to Puerto Vallarta and you´re looking for a shared charter let me know, I´ve come up with a system to hook people up and get them fishing for the cheap. I am going to post a new list of those looking to share a boat, if you can find a person that meets your desires, then it´s Yatze! Check out the web page soon….