After essentially writing the same fishing report for the last six weeks we finally have some Dorado moving into the area! Sailfish are everywhere and Marlin numbers are picking up as well. We even have Yellowfin tuna moving in, beautiful blue water and plenty of bait. It´s all coming together finally and we´re all chomping at the bit to get out in some of the world’s best fishing grounds!

Lets start with the best news first, Dorado are finally in the area and they may not be huge, they are respectable sized at 25 lbs! You´ll find baby Dorado in the bay, good sized at Dorado to 25 lbs from El Morro to Sayulita. This is huge news for us as we´ve been wondering where they were. The time frame between the second week of September and the second week of January are the prime time months for fishing here in Puerto Vallarta. That is if you´re not hitting a fishery called the Tres Maria Islands.  Around the Marietta Islands you´ll find Dorado (Da!), Sailfish, Bonito to 35lbs, Skip Jack Tuna, Jack Crevalls and the list goes on. Finally there is a reason to hit the Marietta Islands. Frankly from El Morro to Sayulita Dorado are on tap. If you´re near the point of Punta Mita, four miles off shore you´ll find more Dorado, but you´ll also find Sailfish and Blue Marlin! Yes, I said Marlin four miles off the point of Punta Mita and they´re aggressive! An eight hour trip right now has the strong chance of boating a Black or Blue Marlin from 250 to 600 lbs, just depends on your luck.

Corbeteña is not seeing the action we would normally expect, but the tide has turned and fish are showing up at the ¨Rock¨! Sailfish are everywhere so you can expect them here as well. Blue and Black Marlin in the 500 lb range are in smaller numbers, but there. Cubera Snappers, Rainbow runners to 35 lbs, Jack Crevalls to 40 lbs, Bonito 35 lbs and of course Cubera Snappers. Yellowfin Tuna are also coming in, smaller around 50 lbs for the moment, this is just the beginning so be calm, the numbers and size will increase as the days pass. 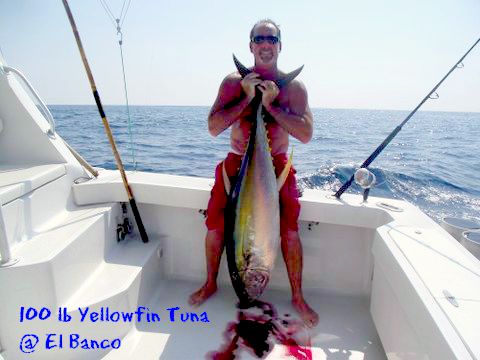 El Banco is the same, but better. Blue Marlin, Black Marlin and Sailfish, yes this is automatic right now. Dorado are very sparse, but I also expect to see the size and numbers increase shortly. Cubera Snappers to 60 lbs, Rainbow runners to 20 lbs and a host of baits available from Goggle Eyes, 4 inch Flying fish, Skippies, Bonito, Bullet Bonito as well. The area has plenty of bait and now we have more fish daily, thank your lucky stars, I thought El Nino was going to kill the season! But Puerto Vallarta fishing is back and now you´ll see where we got our reputation amigos! Oh, and did I mention Yellowfin Tuna to 80 lbs for boats with Electronics and downriggers with the weight ball. If the boat you´re on doesn´t have electronics with a fish finder or a down rigger with the weight ball, then you should forget about targeting Tuna! I can´t stress this enough, don´t get to the fishing grounds just to find your less expensive boat is ill-equipped to walk their talk! 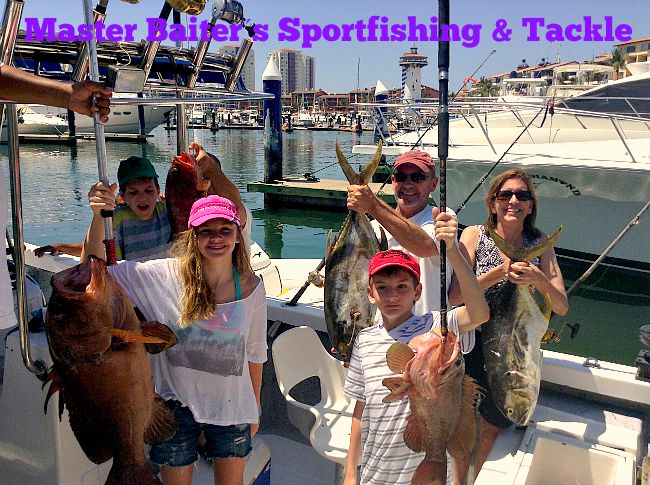 Inside the bay, no real trash line to speak of, sparse rain is not helping. Still around the river mouths we have the usual Robalo, Snapper, Jack Crevalls and a host of other fish that with make dinner a meal to remember! Sailfish are also being caught in the Bay around the Los Arcos Rocks, but don´t think this is normal, very rare and not exactly you could hope to count on! We also have small baby Dorado feeding of the trash line if there is one. For now leave any fish, Especially Dorado alone if they aren´t bigger than your calf! Dorado Numbers are diminishing and we need to be part of the ¨solution¨ amigos! 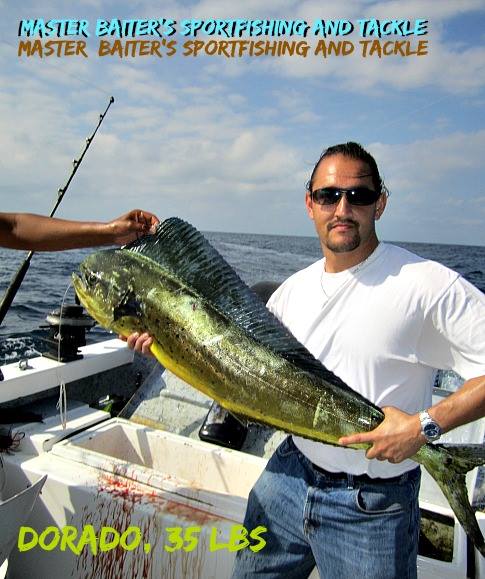 For those in PV, the bite is happening from around 11:00 a.m to just about 04:00 p.m. getting to the fishing grounds right now too early is not helping your cause. If heading out for Yellowfin Tuna, they have been sounding to the depths in the mid day sun. So if targeting Yellowfin Tuna, it´s best to be at the fishing grounds a little earlier to take advantage of the early morning, cool temperature surface water they love. If you don´t see any Tuna, then you´ll be on time for the Marlin! Water temperatures are still on the perfect side, deeper down they´re a little warmer with the El Nino Currents, so keep this in mind. Lures: the old reliable combination of purple and green or brown will do you well. Live bait is always king and if you can net some Bullet Bonito, you´re chances of boating Moby Dick will improve. Remember the normal rule is big fish, big bait. But when the bait is running smaller, go with the local bait, you can´t go wrong.

If you´re coming to Puerto Vallarta and you´re looking for a shared charter let me know, I´ve come up with a system to hook people up and get them fishing for the cheap. I am going to post a new list of those looking to share a boat, if you can find a person that meets your desires, then it´s Yatze! Check out the web page soon…. So if you´re serious about sharing a boat, fire me an email with your dates, I´ll publicize it and get you ¨Hooked-Up¨! 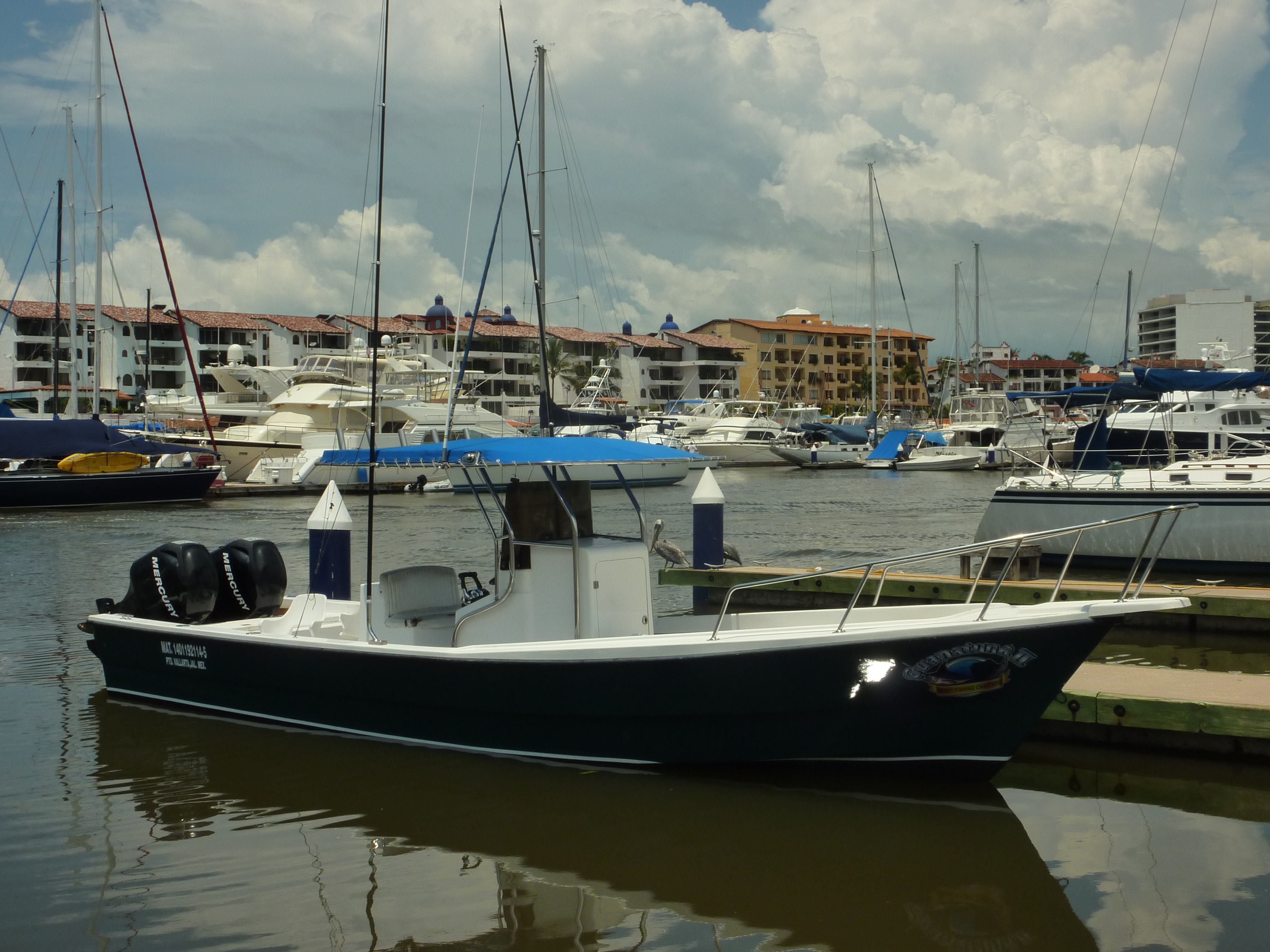 Special Deal: Master Baiter´s Timshare Buster Pricing, to compete with the crap boats these timeshare ¨promoters¨ are pushing, We´re putting out a super panga, four hours, four people max, Ice, Bait, Capt and Crew, Licenses, Huge cooler, Insurance, all necessary safety equip., Everything except what you eat and drink is included. This is an ecomomy trip to the river mouths and to the inshore structure… Robalo, Snapper, Jack Crevalls and other table fare for the family and kids looking to catch fish and not spend a fortune. Or for people looking to have some fishing fun and not have to head out across the bay. Deal is until further notice…..