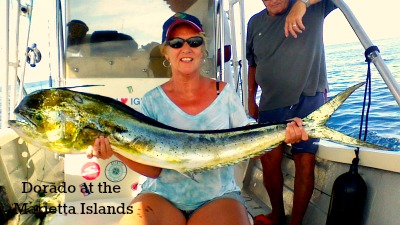 Ever since El Nino raised it´s head again the fishing has been unpredictable and frankly strange. Right now in the depth of winter we´re seeing warm, very warm water temperatures which of course are keeping out of season species like Dorado in the area. Now I`m not going to tell you they´re thick as thieves, but there is a good shot you´ll boat one or several of the delicious pescado (fish in English). For the normal guy or gal, the bay is alive and doing its thing nicely with plenty of action to be had if you don´t mind catching smaller fish. We´ve transitioned into winter fishing species as you´d expect . If you´re good with that fact then you´ll have a great time n the beautiful Bay of Banderas.

First things first, if you´re targeting Marlin, Sailfish or Yellowfin Tuna, you´ll need to go to El Banco at the very least. A private boat the other day got a Blue Marlin Hook-up and a Sailfish, but they were at the first Island of the Tres Maria Islands which is right at the 70 mile point from Marina Vallarta. I might add it was an accident, they were shooting for Yellowfin Tuna. This group took their best shot at Yellowfin Tuna and came up empty handed. Not unusual for the Tres Maria Islands (aka Prison Islands), normally on overnights or longer trips to this area will normally produce YF Tuna if you have the time and the deep pockets. 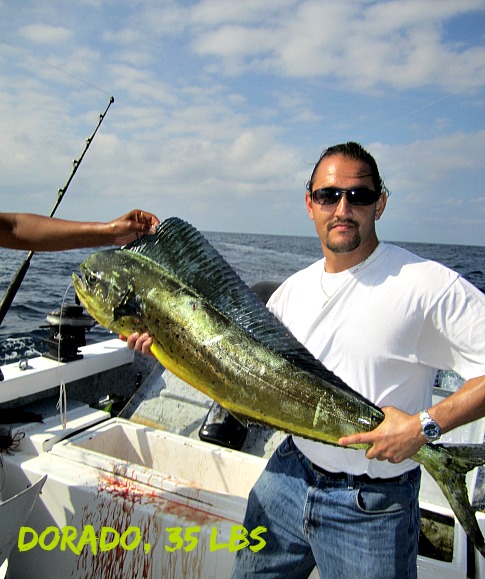 Corbeteña and El Banco, it´s just dead and the species that are there, well you can get them in the bay as well, not a great place to head out to unless you want to do some bottom fishing. In that case the Curbera Snappers at 60 lbs are plentiful for the jigging types. Amber Jacks as well around 45 to 60 lbs, but that´s about it unless you want to spend your day catching Skip Jack Tuna, Jack Crevalls, Bonito and other smaller game you can find in the bay.

El Morro and the Marietta Islands are still in low gear. I´ve been expecting Rooster fish to move in. With the abundant Sardines, they could arrive any minute now but for the time being it´s not exactly the fishing machine we´ve all come to expect. Still if in the area Barracuda can still be boated at El Morro at 60 lbs. Dorado are between the Marietta Islands and Punta Mita, but they´re spread out. We had some rain last week and we´re seeing a Trash line of sorts out there, look for a log and you´ll be in the chips or I should say Dorado anywhere from three to ten miles off the point. One boat this week came in with eight Dorado over 35 lbs. Skip Jack Tuna at 25 to 40 lbs, Bonito to 40 lbs, Sierra Mackerals at 20 lbs and of course the ever present Jack Crevalls up to 50 lbs and in the thirty inch range. Jack Crevalls aren´t the best tasting fish, but they´ll tear your arms off. That´s one reason they´re also called Torros or Bull fish. 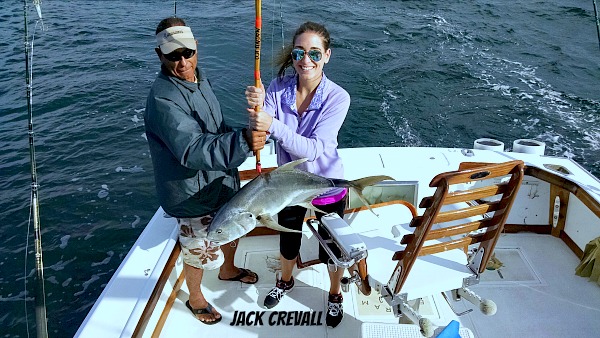 The bay is alive and well with tons of action all over the place. Jack Crevalls of course are everywhere and a four hour trip will serve you well. Fifteen minutes by boat from Marina Vallarta you´ll find 50 pounders that will hit anything that resembles a bait. Skip Jack Tuna in the 35 lb range is abundant at Yelapa. Sierra Mackerals are on tap to 20 lbs and great tasting. For some reason Dorado of nice size are running around 30 lbs at La Cruz. No worries when it comes to bay fishing for the moment and this should continue for the next months to come. So grab the kids, find a Super Panga and have an experience on the bay you´ll n ever forget.

The bite for now is happening around 10 to 11 in the morning, no need to get up too early, you won´t be helping yourself any being the first to the fishing grounds. Water temperatures are hovering around 77 degrees, unusually warm for this time of the year. Bait is wildly abundant ranging from Goggle Eyes, Bullet Skippies, Sardines, flying fish and who knows what else. Too much bait can pose a problem as well, but for now it doesn´t seem to be. 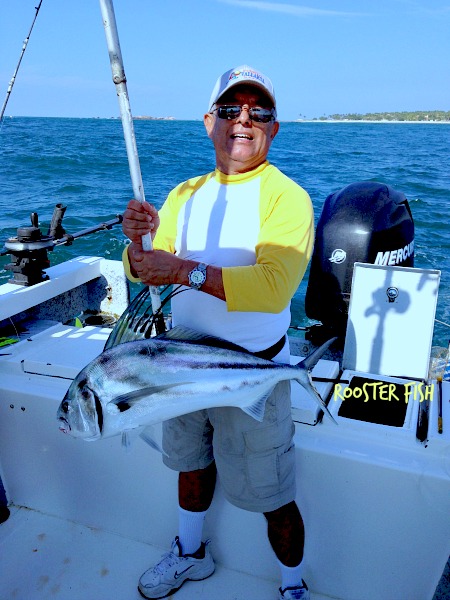 Remember, as I´ve told you before, Master Baiter´s is alive and well in Marina Vallarta at the Westin End of the Marina just a few doors down from Victors Café Té Cuba. If you ask my so called ¨competition¨ where Master Baiter´s is, you´ll find a blank stare or they´ll tell you I´m dead, out of business or worse. I had people just ask where we are so they could pick up a PV Mirror and they went straight into the ¨I don´t know of them¨ statements so these folks couldn´t even get my article and the other wonderful articles in the weekly publication. So don´t be fooled and don´t worry, I will always be someplace in Marina Vallarta, check my web page for the exact location and we´ll be waiting to help you any way we can…..