Dirty Water Moving Out, Sailfish and Dorado in San Pancho 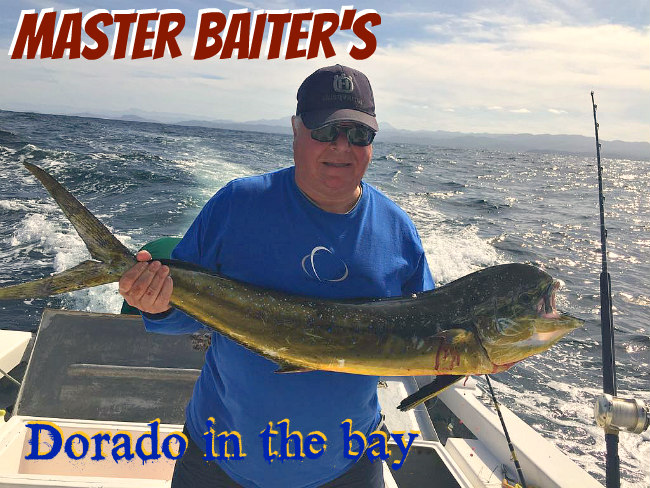 Summer is knocking on Puerto Vallarta door as we see water temperatures and humidity increase as we would expect in the early stages of the winter to summer transition. Yes folks the summer fishing season is upon us as we’ve seen spotty dirty water, Blue Water, Massive amounts of bait and yes the early stages of summer species is happening now.

It can be hard to predict what’s going to happen from day to day at this time of the year. Many of our reliables like Jack Crevalls are everywhere, but they don’t come up or even take baits every day. Same is going to Tuna. For the most part the Tuna, Footballs mostly have not been taking baits. Now it could be because the Jacks are swarming all baits. But it could be the Krill squids and shrimps are just more attractive than your trolled baits. You can speculate all you like, but the reality in the moment is they’re not taking bait, done deal. At Corbetena this week you can pretty much “cookie cutter” this as it’s the same news this week as the last few weeks. You can find Jack Crevalls to 40 lbs sprinkled thought the entire area. Sailfish can be found north of the rock, but you can find them more easily at closer in fishing grounds! We have been seeing some Blue Marlin at 200 lbs and Sailfish north of the rock. You’re looking at a 30% chance of boating a Billfish for the moment. When it comes to El Banco, not much news these days. I’ve heard reports that there have been some Blue Marlin and Football tuna to 30 lbs. Still, not enough of a draw for many, me included. 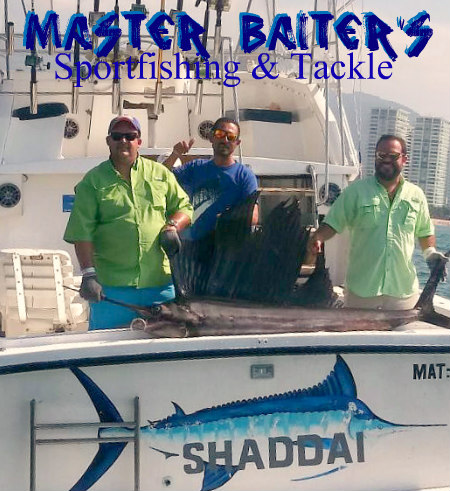 The area around Punta Mita, Sayulita and points north have been very active and frankly for your fishing dollar, if looking for Billfish and a fair chance of finding Dorado. This would make this area the best fishing option if you absolutely have to have a Marlin or Sailfish. An eight hour trip will get you to Punta Mita / Sayulita area where you may just find some surprising action. Reminder though, the Dorado can be on the smaller side, conserve and let the babies and females go. We’ve had some “numbers” issues with Dorado in the last few years so be part of the cure, not the disease. With lots of small Bonito in the area it has been drawing Blue Marlin and Sailfish about four miles north of the point and six miles out. This is basically where most of the action is for the area. Throw in Sierra Mackerels to 12 lbs, Bonito while abundant and great tasting, they’re small about six to ten pounds. Great tasting, so if you can’t catch anything with them, then you can eat the bait!

Inside the bay, we’re still seeing this freaky fishing, 18 months ongoing now. What does this mean, well You’ve still got a 30% shot at a Sailfish at either La Cruz or the Los Arcos areas. Two locations at opposite ends of the bay so where ever you go, you’re in the right area. Dorado have amazingly enough shown up in the same area around Los Arcos and La Cruz once again. Bonito everywhere and while small hooking up with better than twenty if four hours is an action packed trip. Jack Crevalls everywhere once again to 40 lbs. Everyone heading out these days are catching fish. So we may be in a transition period but as long as you’ve got a positive mindset you’ll have a great day fishing! 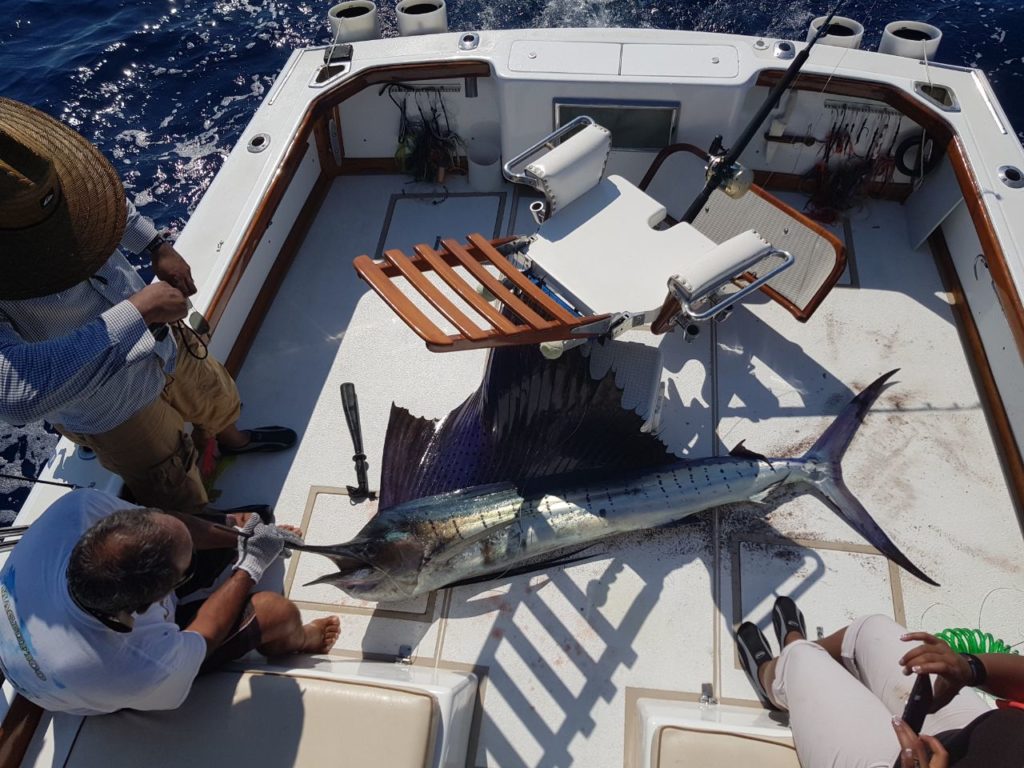 The bite is still in the mid-morning timeframe about 9 a.m., not too early so sleep in a bit. Water temperatures are back up between 80 and 82 degrees, just depends on where you are. Perfect for incoming summer species. Live bait is still working well, Sardines are the dominant bait in the area so you may want to get some “local” baits, helps a lot. As far as lures go, the “Hoochies” have been working well for Bonito. Jacks are hitting anything that’s shinny. Sailfish are loving the Sardine lure and live Sardine baits. But like always things can change from hour to hour so rotate your patterns, change lures and baits often, don’t be afraid to try something weird, it just may work!