Every year we go through this “rerun” where we first get clashing currents creating dirty water. Then come the Red Tuna Crabs, Krill squids and shrimps with the new and changing currents. Next comes the dirty water from the currents “clashes”. We complain for two or three weeks then things start to improve. That is where we are now, improvement as Hurricane Season begins, the down side. All of this is normal and we’re actually seeing our first Hurricanes of the season rolling past us hundreds of miles out to sea. When it comes to conditions it’s always a mixed bag with a few surprises. One surprise so far is the fact we have Dorado moving into the area. Yes it’s early in the season for Dorado. In fact we haven’t seen any real Dorado numbers like we’re used to for more than three years now. Last year we didn’t see any real Dorado numbers until late Sept. So we’re positive with these early indicators, fishing is improving and things will only improve from this point on!

Water temperatures are hovering at 84 degrees, the dirty water is moving out and the blue water is becoming the norm. We’ve had the Seasonal Rains start again and we’re starting to see the Trash Line return, 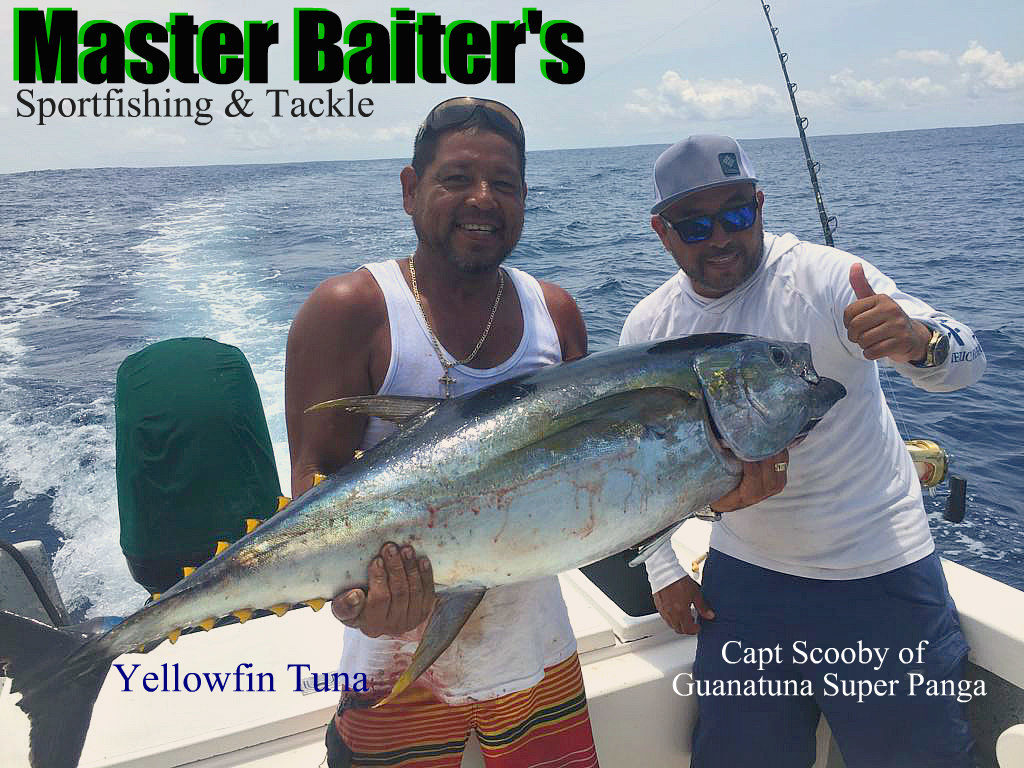 which the small Dorado in the bay love. And this is just the beginning. Looking to the deep water fishing grounds of Corbetena and El Banco things are beginning to happen. First let me tell you that there is almost no information about El Banco, none. So using Corbetena can be an indicator of what’s happening in the area, but it’s a flawed indicator as the two are twenty five miles apart. So, Corbetena this week has seen Football Yellowfin Tuna at 40 lbs in good numbers. Jack Crevalls of course at 40 lbs, Bonito to 25 lbs, Bullet Bonito are thick everywhere and that’s a good thing. Now remember fish move, things can change quickly, but for now it’s time to give it a try. Sailfish, Blue Marlin at 300-400 lbs. Cubera Snappers for the Jiggers and Possible Dorado with a little luck. With the warmer water Black Marlin are just a few days away! Stripers are moving out, they like cooler water, we’ll see them again come late December. With Massive amounts of Skip jack Tuna, Red Crabs and Flying fish there is plenty of reasons this could explode at any minute. 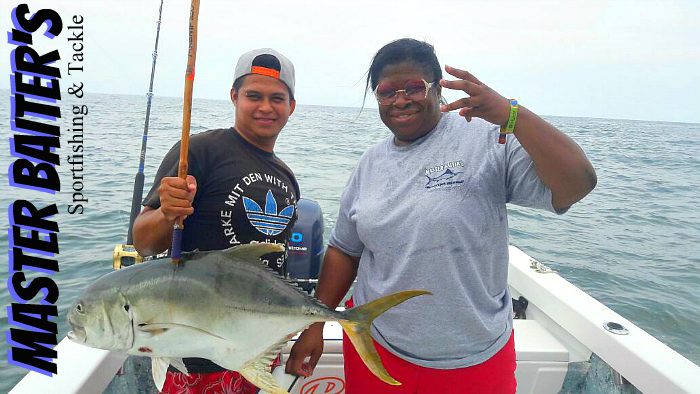 The Marietta Islands are still disappointing but they are showing some signs of life in the area. With a slight chance of small Dorado, Skip Jack Tuna, Sierra Mackerels, the area just doesn’t justify the fuel cost. Over closer to El Morro just to the south of the Marietta Islands there have been some Sailfish cruising the area. If heading out to Corbetena this would be a great place to drop baits and cruise to the rock. Punta Mita is not really on fire, no real reports of Dorado, Sailfish or Rooster fish, for NoW. Things will change rapidly, then we’ll put that extra money you’ve been saving in the tank, maybe a cigar or two?

Inside the bay it’s still where the action is. With the seasonal rains as mentioned earlier we’re seeing a few different trash lines around the rivers! For those who don’t remember what a “trash line” is, it’s a band of “trash” that washes into the bay. On the forward side it’s like a line that will separate dirty water from the rivers from clean water it’s moving into. The dirty water 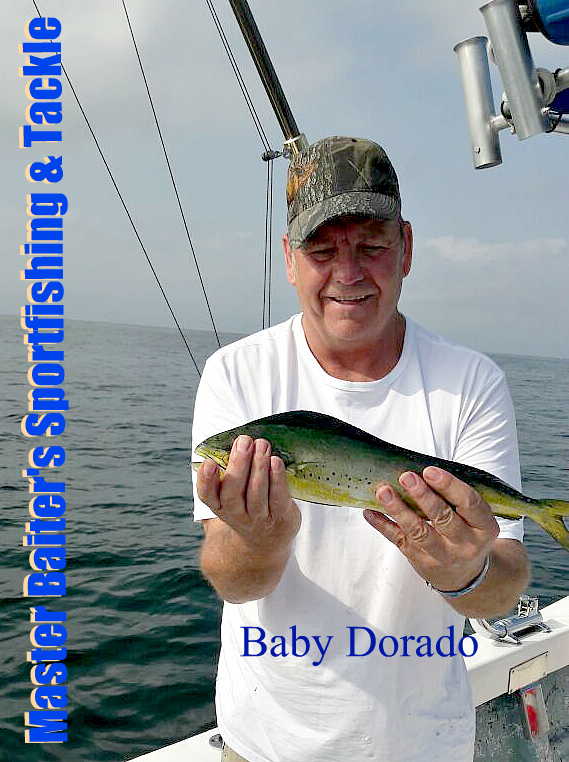 for the most part is only a few to four feet “thick”. Running a planer with a small lure or Hoochies will catch fish. Now they’ll be smaller fish so throw the babies back. This band of trash is made of leaves, twigs, seeds, all sort of “stuff” the local fish communities love to eat. It’s a big draw of smaller species, which in turn, as the theory goes, draws in larger fish. The trash line is a good thing. In the bay there are Jack Crevalls 40 to 50 lbs and they’re fairly abundant, but will be moving out as they normally like cooler water temperatures, in general. Bonito have been small but in massive amounts. Now we have 6 lb Skip Jack Tuna “Skippies”, Bullet Bonito which are babies but it’s a local favorite bait for Sails and others. Sierra Mackerels are a cold water species as well, we’ll be sorry to see them leave. Sailfish are surprisingly enough still in the bay around Los Arcos as are Dorado babies, they’re 10 lbs, so take a pic, throw the babies back. With massive amounts of Sardines I’m surprised for over a year now Rooster fish have been missing in action. Maybe we’ll get lucky, cross your fingers. There have also been some Snappers for the dinner table as well. So there is plenty of action in the bay and six hour trips are worth their weight in gold. Oh, one last thing, there have been some Football Tuna off Yelapa to 30 lbs, so knock yourself out.

The bite is still happening early, nice to get back to a morning bite again. Be where you want to be before 8:30 and you’ll be fine! As mentioned earlier the water temperatures are now at 84 degrees. Last week they were 86 so it’s a fluid situation, but it’s all good. As far as bait goes, not too much has changed. With Flying fish, Sardines, Red Crabs, Goggle eyes and the list goes on. Plenty of bait, Plenty of “draw” for Marlin, Sails and of course Dorado. Tuna with some luck this year may be hanging around the rock and El Banco. Let’s hope. High Season for Fishing is just around the corner amigos, stay positive, save those fuel dollars and I’ll hopefully see you out there!

For all my readers out in CyberLand Master Baiter’s is finally offering three day trips to the Tres Maria Islands on El Pescador, a luxury 60 ft Delta. Only four to six people with their own equipment and tackle will be on board short of the captain and first mate. We will have food, drinks, bait and great company. You won’t be disappointed. If interested contact me, information at bottom of article…. Below are a few examples of what you’re missing. This is not a “cattle car” fishing trip with ten to twelve people. I frankly can’t understand how people can be put on a sardine can with twelve strangers sleeping on racks. For about twice the price of these cattle cars, you can have a relaxing and super comfortable Bucket List Fishing Experience too few get a chance to experience. 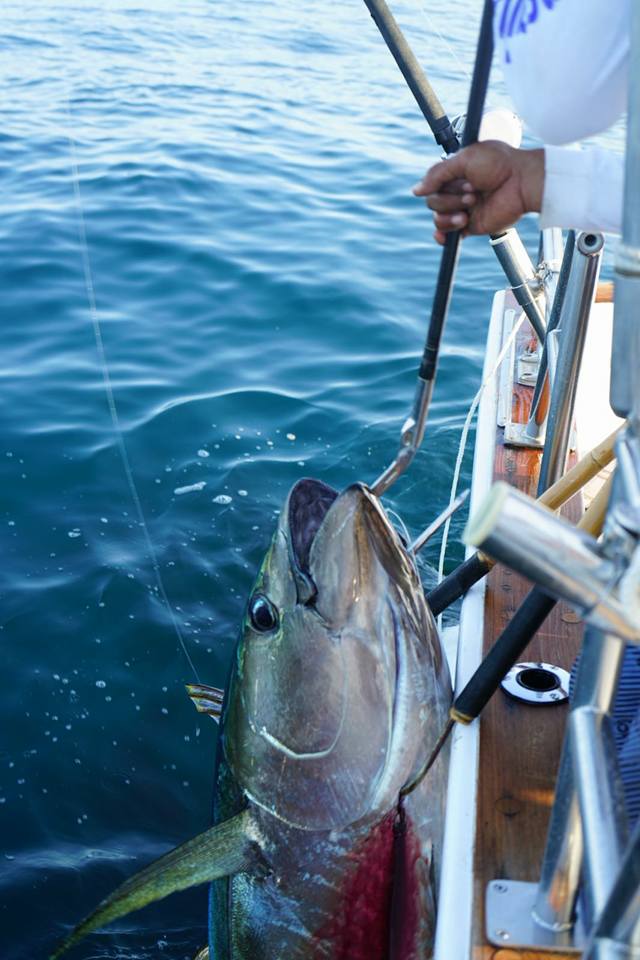