For the third week running now we´ve had the same conditions now. Plenty of beautiful high visibility blue water, perfect water temperatures and massive amounts of bait yet we´re seeing few boats if any coming in with larger species. I was hopeful last week that we´d see Sailfish move in and ¨save the day¨. Many boats heading in different directions and all had the same results, frustration! Yes we have Sailfish, Striped Marlin, Rooster fish, the question is  ¨Where are they¨?

You couldn´t ask for a better set up condition wise. Blue water, massive amounts of varied bait, perfect water temperatures and it feels like we´re looking for a needle in a hay stack. We have fish, but not too many. We know where they should be, but aren´t. I´ve sent several people out this week and I´ve been leery of telling them that they´ll come in with any fish, for those targeting our larger species that is. But if you´re looking for some arm burning action, you´ll have to set your sights a little lower amigo. Now this could be the yearly transition we normally experience, but I don´t think that´s it. It has turned into a waiting game and soon all the players will be back, any day now. But until then, you can take a shot at the deep water locations or you can keep it ¨close¨ and head out to the point of Punta Mita where you´ll get smaller fish, but many.

El Banco and Corbeteña are struggling. Bait, Blue Water and Cubera Snappers to 60 lbs, around the Rock of Corbeteña and the high spots of El Banco. Most don´t take the time and fuel dollars to hit this tasty species. Sailfish have been spotted, but no hookups. Jack Crevalls to 50 lbs is huge for a Jack, but they´re the same size in the bay! We should have fish in these world class fishing grounds, but for the moment it´s ¨Iffy¨ at best. Now somebody will be out there and get a strike or three, but you have to be there for this to happen. So the risk takers are the ones we´re looking to for positive signals. Stay tuned.

El Morro to Punta Mita, including the Marietta Islands are your best fishing options for the moment. Sailfish are being seen, one was boated. Striped Marlin have been cruising the area, one boated at 225 lbs. Snappers are in the 10 to 20 lb range and they´re very tasty. Bonito to 35 lbs, Jack Crevalls 30 – 50 lbs. With some luck you´ll find a Rooster fish or two, but it´s better to be closer to the surf line. Hard to get excited over this week’s fishing report, I´d love to fluff this up, but this is about as good as it gets. For me, I´d take an eight hour trip, take a shot at a Sail, maybe a Striped marlin that´s lost. Try for some Snappers and Roosters, then if it´s coming up short, you can always hit the Jack Crevalls, Bonito etc in the bay. 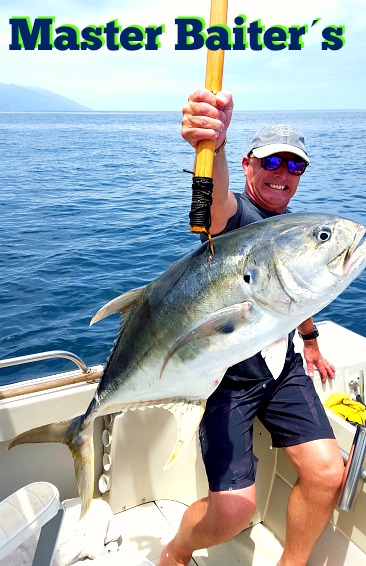 Speaking of the bay, you´ll catch all the Jack Crevalls you can handle, they´re big, they fight like demons and readily available. A four to six hour fishing trip would be mostly these species. But then again we see Sailfish around La Cruz Marina and Cubera Snappers at the river mouths. Bonito are all over the place anywhere from 15 lbs to 40 lbs. Sierra Mackerals seem to be moving out a little, not surprising with warm water. This doesn´t sound like much, but we´re seeing some great action with what we have. If you´re looking for Moby Dick, you´ll have to roll the dice. But if you hit something large, send me a picture and I´ll share it here next week. One thing for sure this is not going to last much longer amigos and I´ll be there with you when they finally show up. Like lost relatives, sooner or later they´ll be at our front door knocking. So stay positive, roll the dice, it´s the risk takers in the world of fishing that come in with the Prize Billfish!

Now remember this can all change before you finish reading this article. That is why I don´t put dates on things. To assume the fishing is bad would be a mistake. You will catch fish, but probably not over 60 lbs. For many this is a large fish, for some they won´t waste their time, for me fishing is fun and I want action. Fish snobs, well maybe you should wait for some news before heading to El Banco. But if you´re bold, then the world is your oyster, take a shot, the worst thing that can happen is you come back in and catch some nice sized Snappers for the table. Trust me, when you take that first bite of this delicious white meat fish you´ll forget everything else. 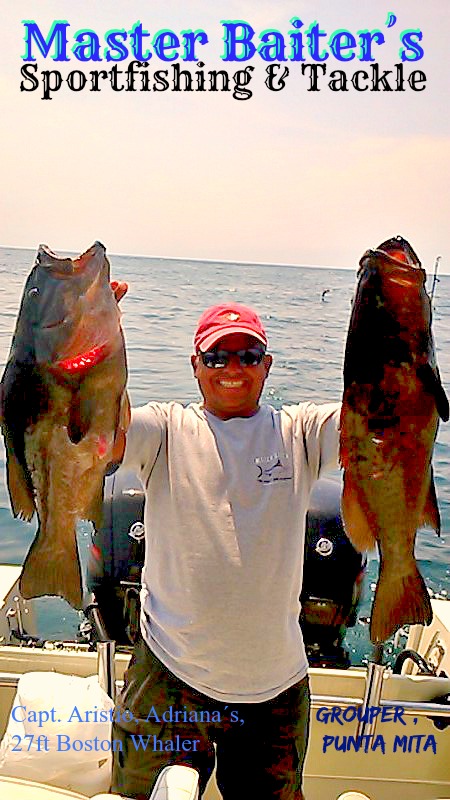 Bite: Who knows, things are so mixed up I´d suggest being where you think you´ll find fish before 8:30 a.m. Bait / Lures: Well there you go again, plenty of Bullet Bonito, Flying fish, Goggle Eyes, Skip Jack Tuna are everywhere so bait is not an issue. If using a lure, Magnifico tried twenty five different colors and still had the same result. I´d start with Petrelaros, then move into the Mahi´s which are green and yellow.

Stay positive out there, things may have already changed, but we won´t know until someone comes in with something to brag about. The sun is high in the sky, water temps are getting better by the day. Plenty of bait keeps me optimistic and to be frank, we have these same issues every year so be a little patient.