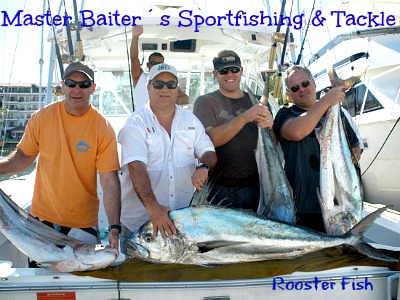 From week to week we normally don´t see huge changes in conditions, that´s a good thing since we like to make plans and hope things will last until we get ¨there¨. As we move into summer fishing with Puerto Vallarta’s Fishing ¨High Season¨ at hand we´re very interested in developing conditions. One thing that has happened this past week is an unusual increase in water temperatures. Now this can be of concern. Normal water temperatures for this area around June / July time frame is normally 83 degrees or so. This week we´ve seen spots around Corbeteña and El Banco at 88 to 90 degrees. Which for Marlin is no big deal, but for Yellowfin tuna, they don’t like these levels and will go to lower levels looking to have water temps cool their body temperatures down.  Having said that, fishing is a notch improved since last week and we´re seeing more action at the deep water locations. It´s time to get on the water amigos, the fun on! 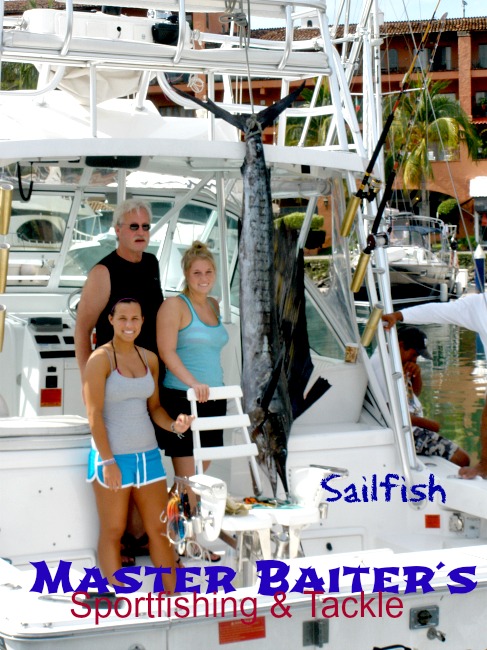 As mentioned, it´s much the same as last week with Blue and Black Marlin running 300 lbs and up anywhere between el Morro, Corbeteña, El Banco and back down to Punta Mita again. I know it´s a huge area to scour and anything is possible right now. Sailfish are here as well, along with Cubera Snappers in the 50 to 60 lb range taking Trolled Skippies. So there´s no need to jig, they´re taking trolled baits. No reports of Wahoo around the area this week, but they´re out there. Yellowfin Tuna Footballs are running between 40 to 60 lbs and they´ve been running solo, no Spinner Dolphin with these Footballs for now. The bite for Yellowfin has been around sun up to about 9:00 am, then from about 7 P.M. to sundown or about 9:00 P.M. Sailfish, Marlin and the other players are taking baits all day long, but for tuna it´s another thing for now. You´ve been warned, now go fishing already!

The area from El Morro, past the Marietta Islands to Punta Mita has seen some smaller Dorado in the 15 to 20 lb range lounging in the area. You could hit a nice sized Rooster fish of 40 lbs, but that would be lucky, it happens daily. Snappers are diminished in number but possible at 30 lbs. Sailfish are quite likely, especially if you´re in front of Punta Mita Point by about ten miles, they´re close in chasing bait! Throw in the regulars of Bonito to 30 lbs, Skip jack Tuna, Snappers, possible Rooster fish, Needle fish are finally making an appearance. You will catch fish in this area, all you need to do is first get there. The rest will follow with a decent captain, crew and equipment. But anything shiny will get a strike, so don´t forget the cheap jigs, they´re working now! 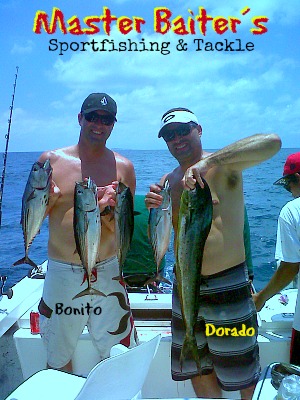 Inside the bay there are Billions of Skip jack tuna just waiting for something shinny to attack. Bonito to 30 lbs, Smaller Snappers around the rocks, Needle fish are moving in and they´re weird, but taste great.  A shot at some Football YF Tunas in the 40 lb range at Yelapa. I hear stories of Sailfish moving into the bay, not normal, but I does happen so what the heck, if one strikes, you know what to do! Smaller Snappers around the rocky areas and Robalo or Snook at the river mouths and close to shore in some areas. So you can´t go wrong in a short day trip in the Bay of Banderas.

The bite for now has been a two tier thing. Tuna are hitting early in the day, before 9 in the morning and after 7 at night. Marlin and Sailfish, in fact just about all the other species are hitting later in the morning. So the fishing isn´t the problem, the hard part is figuring the bite and which bait to use. Talking about bait, Flying fish of three inches are all over the island areas. Google Eyes, Bullet Bonito are on tap and favorite bait for Rooster fish, Sailfish, Dorado, and of course Yellowfin Tuna of any size. 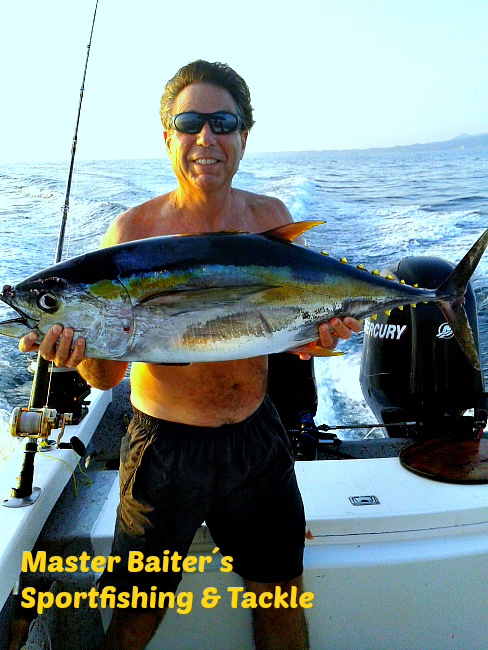 Running lures, make sure you´ve got Guacamayos which of course are orange and green in color. Petrelaros, a standard in every decent bag of tricks in the brown, green and purple color skirts are your best bets. But live bait is working well and you should be running the baits in the area for your best results.

Until next time, don´t forget to ¨Kiss Your Fish¨.