Every year when the season’s change, the returning of the whales is the main indicator that winter is here. We see the fishing in the bay take a steep drop in action due to the Whales. We Love the Whales, but the fish, now that´s another thing. In the bay, the bait has taken a powder, split, vanished, left the building. Seems they think they´re going to be lunch. Same goes for the Marietta Islands which for the last couple of weeks has been less than spectacular. Of course what would you expect with no bait to speak of this past week? That´s not to say there is not great fishing still to be had amigos. Corbeteña, the machine is alive and producing well for those seriously interested in catching world class fish in some of the best fishing grounds in the world. If you´re on the cheap, the bay still has smaller fish. So we have you covered amigos. 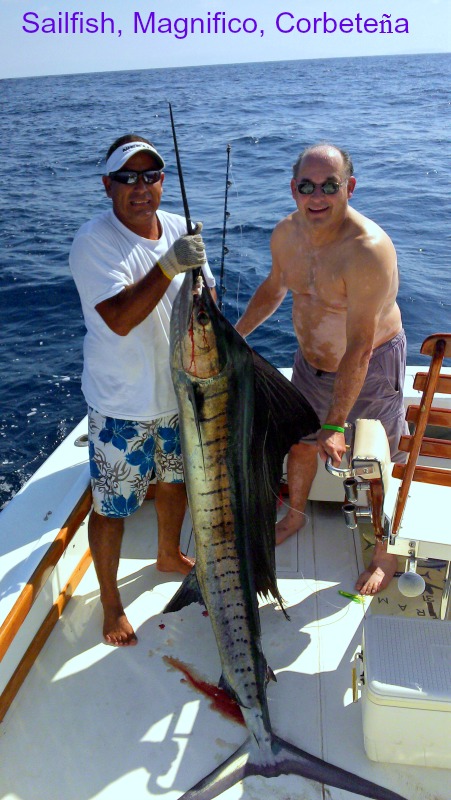 As I mentioned Moby Dick and his family have returned to the bay of Banderas for some good times, a little whoopee and a lot of new arrivals as baby Whales are being born all over the bay! And as I mentioned earlier, the bait believes it´s in their best interest to vacate the area before they get eaten. So needless to say you´re fishing ¨luck¨ will be less than spectacular in the middle of the bay. If you´re dead set on fishing in the bay Yelapa is still sporting Yellowfin Footballs in the 35 lb range, tasty for smaller Tuna. Bonito in the same size range along with Jack Crevalls in the 35 lb range as well are hovering at the south end of the bay. We are seeing Jack Crevalls increase in numbers and we always know the water temperatures are heading south when they arrive. But for now we´re very happy to have fish and the Whales in our watery back yard. Sailfish can still be found up near La Cruz Marina, but less abundant in the area for some reason.

The point at Punta Mita is still alive and well, but the action has slowed down a bit with some Sails to be had and Dorado still around the buoys. This will change soon, so get out there if you´re looking to stock some Dorado in your fridge. Blue and Black Marlin in the 400 to 600 lb range are still about fifteen miles off the point, not far from El Banco. So if you´re in the area, you may want to head a few miles farther out and see what´s happening around the high spots at El Banco! Marlin, Smaller Yellowfin in the 80 lb range are ¨in and out¨ as well.

The only real reliable fishing ground this week is once more Corbeteña. Thirty five miles out it will take about an hour and half to get there at a fair clip, but the journey is worth every minute once you hook into your first Marlin or Sailfish. Dorado has increased in size as well and are now running in the 40 to 60 lb size range. Blue and Black Marlin in the smaller ranges of 400 to 600 lbs are around the area now that there is Bait and more favorable water temperatures in the 81 degree range with blue water and smooth seas. I mean the conditions are so good, we forget how good we have it now until late March has us looking forward to summer once more! Cubera Snappers in the 50 lb range, Wahoo are still in the area. As a no schooling fish, Wahoo can be tricky to catch, you have to troll a little faster for them. The sharp razor like teeth make wire leaders a must. So you have to be ready to catch one if you´re targeting Wahoo. Now there are those who get lucky and just hook the fish in the corner of the mouth. These are the luck fish, the fish you should have never caught, but did! Those taste the best! Yellowfin Tuna in the 80 to 175 lb range, good luck in your search, it´s not going to be easy. Still, a few miles off the rock can produce some great results if you´re adventurous.

A little local news, after years of corrupt port authorities allowing illegal boats to ¨operate¨ under the radar has finally decided to crack down on illegal fishing and tour boats in all the marinas here in the Puerto Vallarta area. For years these illegal boats who had no requirements for safety equipment, insurance, licenses or even the common sense to have a radio have operated and mostly put every legit fishing company out of business in Marina Vallarta. 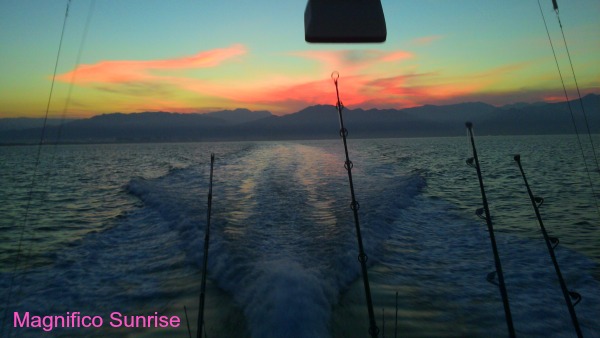 There we nearly fifty boats seized and ticketed throughout the area in the last few days. Finally!!!! For a couple hundred bucks a month illegal boats could operate a ¨business¨ and not worry about being put under a microscope. Those of us that went to the powers that be got deaf ears and excuses about how they deserve to make a living also, so it was never a even playing field. Now that these boats are being weeded out, the legal boats are seeing an upsurge in business as is Master Baiter´s. These enforced regulations will make it safer for the general public who will sacrifice safety for a better price. Of course safety is something you don´t think about until you need it. It´s like insurance, you don´t want to pay for it, until it´s needed and then you´re glad you had it. Same goes for a sinking boat, there is little chance you´ll have an issue even on an uninsured boat, but what do you do if the boat is sinking and your captain only has a cell phone and no radio. I guess you´d have to either swim in and hope they have a life jacket or hope the person he calls can tell who ever they reach to come find you and the boat in the great big bay before you get soaked and worse. Think about it, remember there are no liability laws in Mexico, be safe, be sure and be smart.