100 lb Yellowfin Tuna Move Back in For Now!

Here is Marina Vallarta we´ve experienced the beginnings of the summer heat. Humidity is up, no surprise for the locals. Temps are inching up daily and of course we´re entering low season for tourism in Puerto Vallarta. Tourisms High Season and Fishing High season are at different places on the calendar for the most part. As we enter low season for tourism we see the fishing which has been up and down, is up again. Water temperatures are about the same as last week, but the sun is staying higher in the sky these days and with the intensity the water temps will soon increase, that is if we don´t get hit with the La Nina they´re talking of… only time will tell.

Corbeteña: let’s start with the good news, Yellowfin Tuna are once again around the Corbeteña area, kinda. Well Ok, the Tuna are 20 miles off the rock, this is not a bad thing but you should plan on a twelve hour day. The Tuna Boats or Seiners don´t wander around in this area much, too far out and not concentrated enough. So you lucky fisherman in the area it´s time to head out, well worth the fuel dollar. Now Black and Blue Marlin are not in the area at all but Striped Marlin at 250 lbs are picking up in numbers again. Cubera Snappers at 55 lbs are taking some trolled baits, you will not be disappointed! Some Sailfish, Amberjacks to 50 lbs, Jack Crevalls to 45 lbs, Bonito 30 lbs, Skip jack Tuna, and the list goes on. El Banco is another thing, not too much of anything going on. But when there are few boats heading out daily it´s hard to get a feel for the area. You may get lucky, feel like rolling the dice?

The Marietta Islands are breathing a little better these days and has come back to life. Jack Crevalls of course to 45 lbs or larger, Snapper to 30 lbs and smaller but abundant, Sailfish is a maybe. Around Punta Mita they´re seeing Stripers again in the 250 lb and smaller range. Rooster fish, you bet 35 to 50 plus pounds. Bonito, Sierra Mackerals, Needle fish to 45 lbs, no shortage of action and the bait is abundant in the area. Rooster fish are also in the Sayulita Area so if in that area a beach panga to this area would be a great value!

Inside the bay we´ve seen some strange Striped Marlin occurrences, once again these are freak things. But when they´re  happening as much as they have been, maybe we should start targeting Stripers in the bay?? Sailfish have also been boated around Los Arcos and again in front of La Cruz! Bonito everywhere especially around Yelapa, Jack Crevalls of course and good sized at 35 lbs. Cubera snappers in front of the river mouths with down riggers. You may get lucky and hit a Robalo or Snook in English. Needle fish, Possible schooling Snappers, Sierra Mackerals are thinning out. All and all a four to six hour trip in the bay with the family or not is worth the time and expense amigos! 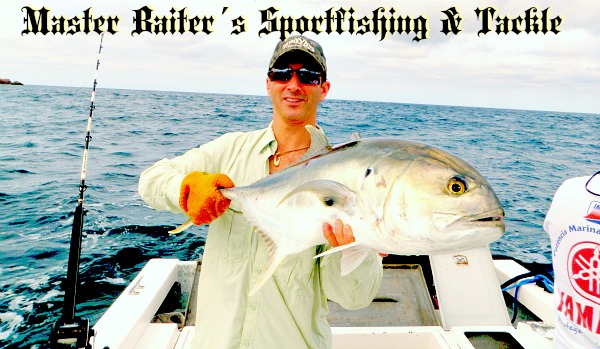 Water temperatures have stayed stable for the last week at the 72 / 74 degree range, cooler in the open water. We´re still seeing swirling currents, this is where you´ll find the Striped Marlin. With the amount of bait in the area, especially Sardines around the bay it not really that surprising Sails and Stipers are cruising the neighborhood. Speaking of bait, Flying fish are all around the point, plenty of six pound Skip Jack Tuna, Goggle Eyes, it´s basically bait city and the fish won´t leave with this kind of ¨fast food¨ locally.  I expect Rooster fish to pick up, with all the Sardines it doesn´t make sense we´re seeing low Rooster numbers. Snappers are moving back in, it´s encouraging and they´re great tasting! All and all I am pretty optimistic about the whole situation! If that doesn´t scare you nothing will… Ja ja. Bite: still happening around 9:00 am in the morning, 1.45 p.m. in the afternoon, Jack Crevalls bite all day…. Bait: Live bait is always king, lures of black and silver to mimic Sardines are working well. Surprisingly Green lures are working as well. Use Petrelaros, Rapallas close in then go from there.

Looking to share a boat? Yes we´re still ¨Hooking¨ you up with others on shared boats. This Special is half a super panga, you can have two people max fishing or sightseeing for $275 usd, eight hours. This is the best fishing deal in town. If downtown visit our Store on Basidillo Badillo and Insurgentes. Call Chris (El Centro Mgr) at (044) 322 112 9558 for fishing, tours or T-shrts amigo

Ok, the article is over, the other day Capt Cesar from Magnifico took some pictures of Yellowfin Tuna around 35 lbs or a little larger that had no eyes! These fish were being sold in one of the fish  markets in Punta Mita, it could have been anywhere. You could see something that resembled eyes that didn´t function i would assume. In the pictures here, notice how the big eyes we normally see are gone. Now how do blind fish exist?? I don´t believe these were farmed Yellowfin Tuna, we don´t know where they came from. My first thoughts on this tuna was it was just deformed and that will happen. But there were many

with the same situation, then my thoughts went to Fukishima that hasbeen dumping highly, very high levels of radiation in the water now for about five years. That would be 300 thousand tons of radio active water from the Japanese Nuclear Power Plant that was hit with the Tsunami. This was big news, then it faded, but the water is still flowing into our Pacific Ocean like a sewer dumping toxic waste in your back yard. Except you´re eating the stuff that is swimming in this toxic, radio active ¨Death Flow¨ No matter how large you think the worlds oceans are, they are a delicate ecosystem that doesn´t do well with Chemicals or Radiation. What you haven´t heard of on the news broadcast, including Fox News is that nothing is being done. It is difficult I know, but the Japanese are still fishing in these waters and not telling their people where their food is coming from. Radiation levels on California beaches are dramatically higher and the news stories about this are being squashed. Once you understand that Yellowfin Tuna travel thousands and thousands of miles annually, it should be no surprise that there are signs that are now showing. Now I am not saying this is radiation indications, but what if they are. As the currents continue to go from Japan to the west coast, it´s already affecting the coast line but the news is on the back pages. There is no news on Fukishima even though this is the most dangerous disaster the world has ever faced and it´s being ignored by the press which should be jumping up and down like a three  year old throwing a fit screaming at the top of his lungs. So much for them doing their job, special interest have lined their pockets to keep quiet on this. Check out the photo this Tuna has nothing really where the eye should be and the skin is not healthy looking. If this doesn´t concern you now, it will sooner or later. Remember this next time you eat fish, the same fish swimming in in this radioactive water… then think how that is going to play with your system. You family is at risk and nobody is telling you about it. I´ve already sent letters to congressman, Senators and news media outlets, no response as expected. But I think it may be a good idea for others to do the same. In cases like Salmon that go up stream, this means even fresh water species will be affected. Bears eating Salmon, Fish fertilizers, think you´re safe, nothing will happen to you…. ?? I hope you´re right…..